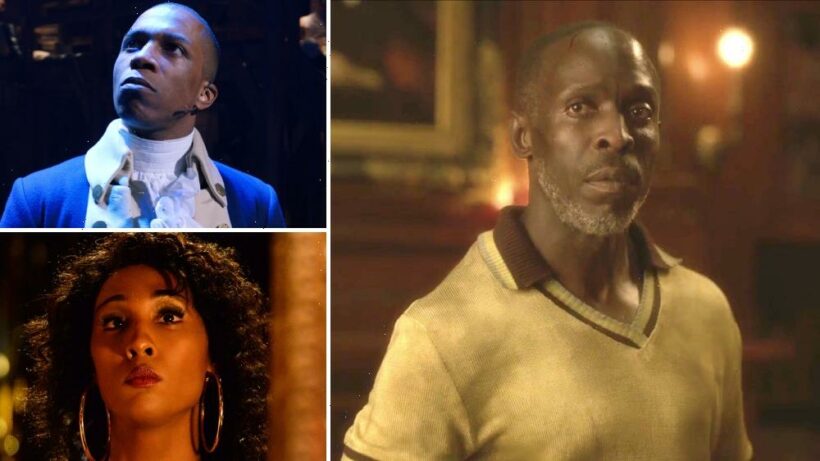 The Primetime Emmy Awards were unable to capitalize on its historic and diverse nomination fields, with all major acting trophies going to white actors.

Actors that were seen as solid contenders included Billy Porter and Mj Rodriguez (“Pose”), the late Michael K. Williams (“Lovecraft Country”) and Kenan Thompson and Bowen Yang (“Saturday Night Live”) — but in the end, all ended up empty-handed.

Michaela Coel, nominated for four Emmys, picked up the writing limited category for “I May Destroy You,” the third time a Black creative has won the category and first for a Black woman. Past Black winners have included David Mills (“The Corner”), Anthony Hemingway (“American Crime Story: The People v. O.J. Simpson”) and Cord Jefferson (“Watchmen”).

A record number of 49 non-Anglo creatives were recognized in the acting and reality competition categories. While many didn’t expect anyone to unseat Jason Sudeikis (“Ted Lasso”), Jean Smart (“Hacks”) and Gillian Anderson (“The Crown”), pundits were expecting a couple of actors to break through, such as any of the actors from “Hamilton” and Regé-Jean Page (“Bridgerton”).

As my former colleague Karen Peterson texted me during the telecast, “two awards shows in a row where recently departed Black men lost to white Brits who weren’t present,” referring to the late Michael K. Williams (“Lovecraft Country”), who lost supporting actor drama to Tobias Menzies (“The Crown”), and Chadwick Boseman’s loss at the Academy Awards after having been nominated for his performance in “Ma Rainey’s Black Bottom.” Kerry Washington presented the prize, but not before paying tribute to Williams, saying, “Michael was a brilliantly talented actor. Michael. I know you’re here; we would have missed it; you’re excellent excellence, your artistry will endure.”

Porter and Rodriguez were heavily favored to win lead actor and actress drama for “Pose,” but lost out to Josh O’Connor and Olivia Colman for “The Crown,” respectively, in a loss for people of color nominees and the LGBTQ community. Colman’s co-star Emma Corrin would have become the first openly nonbinary actor ever to win an acting category, but TV Academy voters had other plans. And Porter would have been the second Black man to ever win the category twice following Bill Cosby (“I Spy”).

The Golden Globes managed to celebrate just John Boyega’s performance in “Small Axe,” which was ultimately snubbed by the Emmys, and the SAG Awards and HFPA found the merits for Latina actress Anya Taylor-Joy for “The Queen’s Gambit,” but she lost her Emmy category to Kate Winslet for “Mare of Easttown.”

For the past two years, the TV Academy has increased its number of actors of color. Still, these performers have continued to come up short in key demographics — notably Asians, Latinos and many other underrepresented groups. Last year saw four actors winning major categories – Zendaya (“Euphoria”), Regina King and Yahya Abdul-Mateen II (“Watchmen”) and Uzo Aduba (“Mrs. America”), with this year plummeting to zero.

The Emmys have failed to reward any Black women directors in any of their three genre distinctions. In comedy, only Donald Glover has picked up a win for “Atlanta” while Charles S. Dutton represents for limited series with “The Corner.” The last directing drama winner was Paris Barclay for “NYPD Blue” in 1999; he won twice consecutively and joined Eric Laneuville (“I’ll Fly Away” in 1992) and two-time winner Thomas Carter (“Equal Justice” in 1990 and 1991). Steven Canals’ nomination this year for “Pose” marks the first Afro-Latino and third Latino ever to be nominated.

There were some winners worth celebrating, and it was a good night for female creatives. Jessica Hobbs became the fourth woman to win drama director in the organization’s 73-year history, following Reed Morano (“The Handmaid’s Tale” in 2017), Mimi Leder (“ER” in 1995) and Karen Arthur (“Cagney and Lacey” in 1985). Lucia Aniello, co-creator of “Hacks” Lucia Aniello nabbed two significant awards at the expense of frontrunner “Ted Lasso,” winning comedy writing and comedy director. This is the first time in Emmy history that two women have won both comedy and drama director categories.

It was a ceiling-shattering year for Emmy diversity beyond the acting categories as well. With 11 total career wins, host and producer RuPaul broke the record for the most Emmy wins by a person of color, as “RuPaul’s Drag Race” was named outstanding competition program on Sunday night. The series is the most-lauded reality competition show since the Emmy Awards created the reality programming categories in 2001.

Jean Smart’s win in lead actress comedy for “Hacks” makes her the fourth actor to win every acting award in a genre single category to go along with her trophies for “Samantha Who?” in supporting actress comedy and “Fraiser” in guest actress comedy. Having just turned 70 on Sept. 13, Smart’s win also strikes a blow against ageism in Hollywood as the industry vet is in her prime as a double nominee this year. Smart also earned a mention for drama supporting actress for her work in “Mare of Easttown,” but lost to her “Mare” co-star Julianne Nicholson.