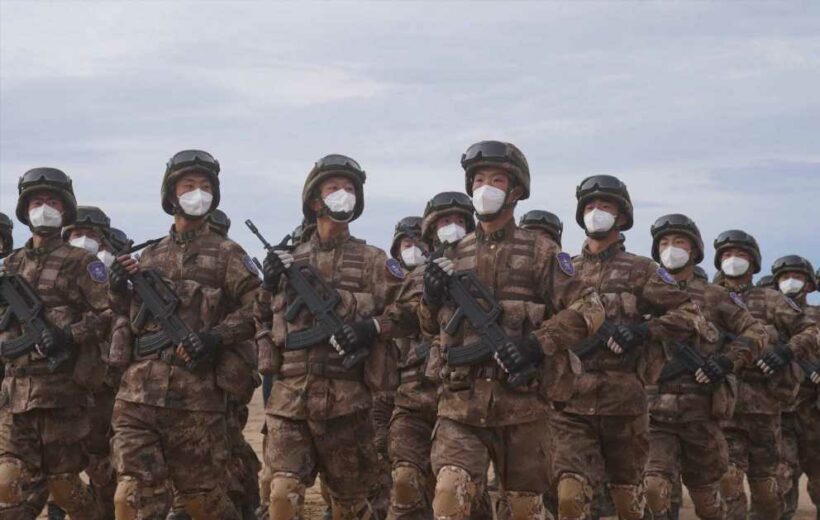 CHINESE state media has threatened a "strike any time" on US troops in Taiwan as fears loom of an imminent invasion.

President Xi Jinping has promised "reunification" with the separatist enclave as Beijing reacted with fury to the Pentagon revelation that US forces are training troops in Taiwan. 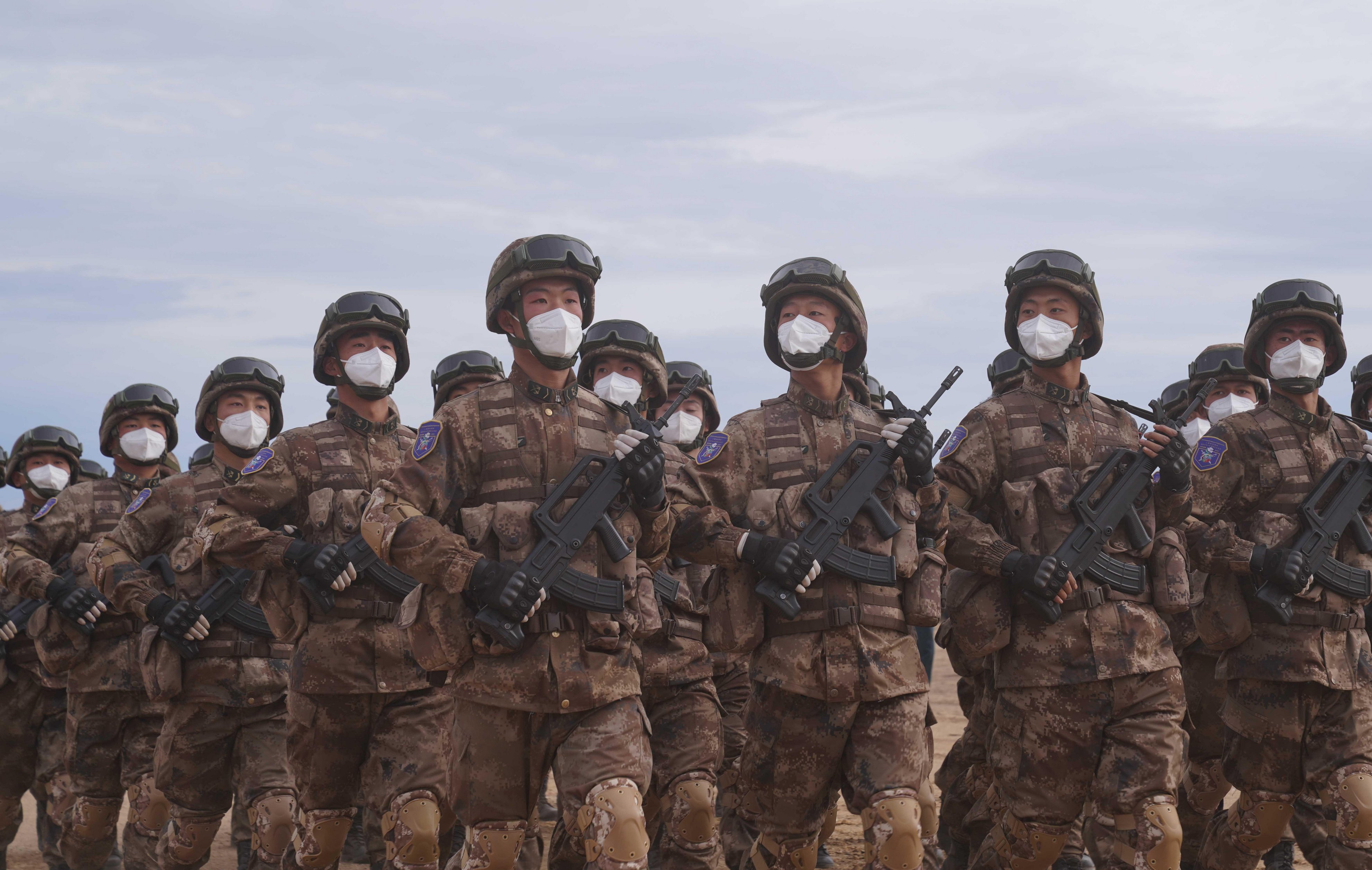 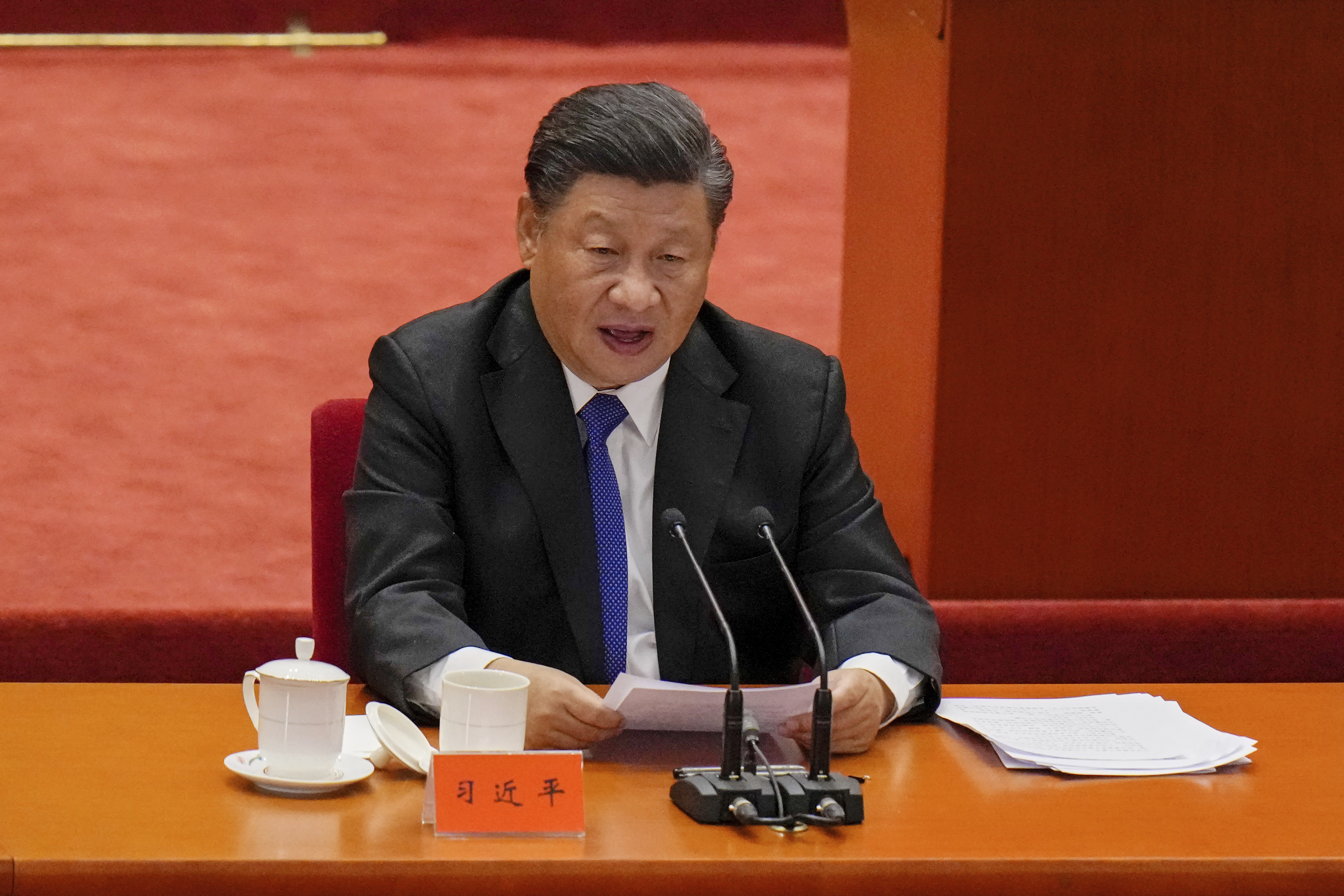 Tensions remain at boiling point between China and Taiwan as its feared the Communist giant may attempt to reclaim the island which it claims as its own.

Chinese warplanes have been flying in record numbers into Taiwanese airspace as part of huge drills widely seen as a rehearsal for invasion.

The US has always pledged to defend Taiwan.

But should China launch an attack, Washington will face a devastating choice about risking a potentially global war with Beijing.

Taiwan insists it is a independent nation after splitting from mainland China in 1949.

And in the latest round of fiery rhetoric, one of China's top newspapers The Global Times – which is often seen as the unfiltered mouthpiece of the Communist Party – issued a horrifying warning to the US.

It argued US special forces in Taiwan was tantamount to an "invasion" of mainland China.

And it warned "once a war breaks out in the Taiwan Straits, those US military personnel will be the first to be eliminated".

"The mainland has the right to carry out military strikes against them at any time," said the vicious editorial published on Friday.

The 929-word article also said the US faces "unbearable" losses if it decides to join a war to defend Taiwan and taunted Washington over its failures in Afghanistan.

"We must let them know they are playing with fire to provoke a war and the consequences their acts will bring are unbearable to both the US and Taiwan," it raged.

"We must make Washington understand that it is playing a dangerous game that is destined to draw fire onto itself and it is risking the lives of young US soldiers."

And in a break from the more public comments by President Xi, the editorial described a military attack on Taiwan as an "increasingly realistic option".

The editorial also argued that the US presence will "accelerate" China's potential military action against Taiwan as it only "reinforce[s] the mainland's resolve to realize reunification by force".

China's president Xi however meanwhile vowed to ensure "reunification" with Taiwan – but omitted mentioning a use of force.

Speaking at Beijing’s Great Hall of the People on Saturday, Xi said the China had a “glorious tradition” of defeating anyone it perceives as "separatists".

He said: "Taiwan’s independence separatism is the biggest obstacle to achieving the reunification of the motherland, and the most serious hidden danger to national rejuvenation." 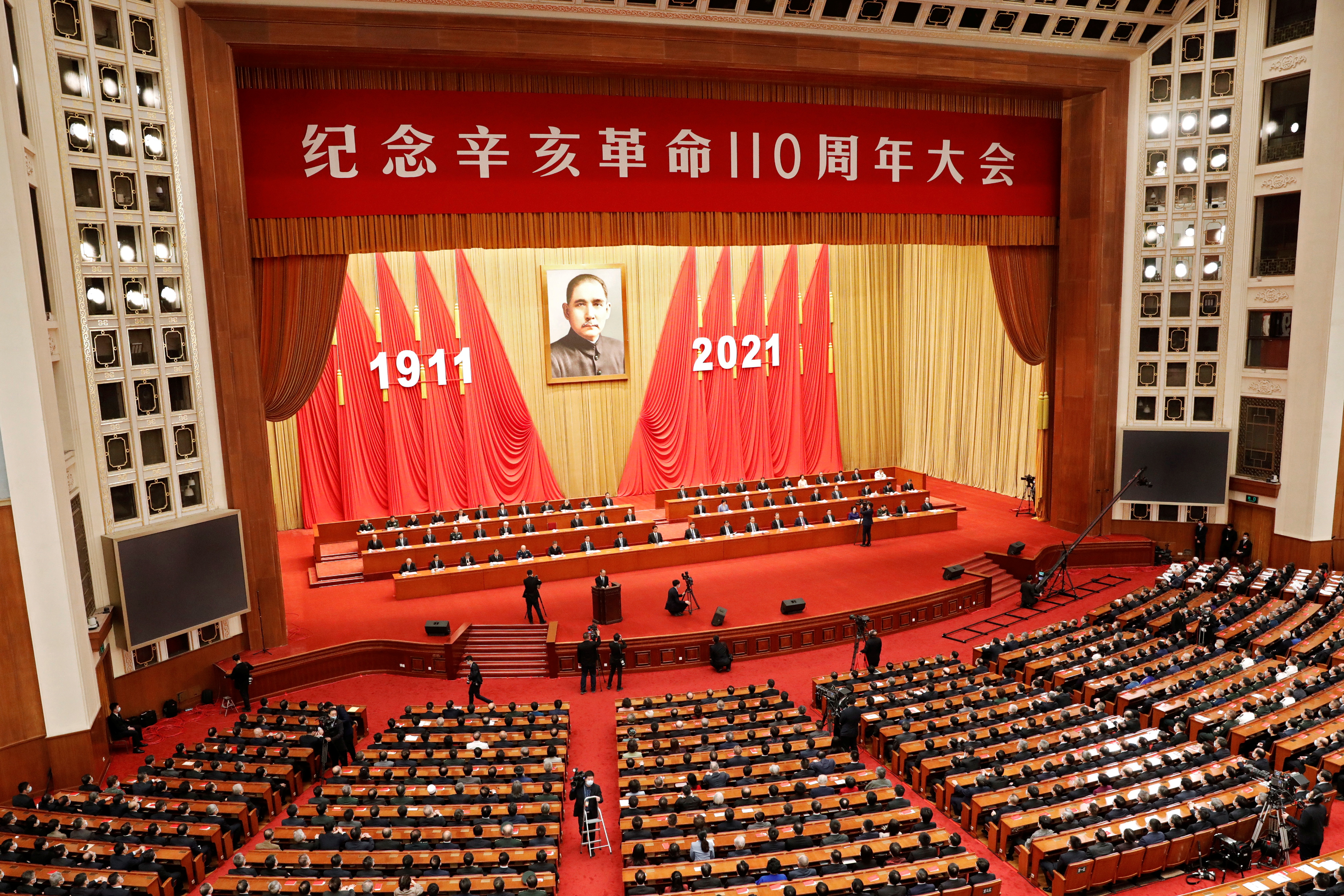 Xi went on: "Reunification through a peaceful manner is the most in line with the overall interest of the Chinese nation, including Taiwan compatriots.

"No one should underestimate the Chinese people’s staunch determination, firm will, and strong ability to defend national sovereignty and territorial integrity.

"The historical task of the complete reunification of the motherland must be fulfilled, and will definitely be fulfilled."

He struck a more measured tone than his previous pledges to "smash" any attempts by Taiwan to win independence by using forces.

And speaking before Xi, Taiwan's leader Su Tseng-chang blamed China for inflaming tensions and accused the nation of "flexing its muscles".

Su said: "This is why countries that believe in freedom, democracy and human rights, and based on shared values, are all working together and have repeatedly warned that China should not invade Taiwan."

However, despite the Chinese bluster it has been warned that Beijing could faces it own "Vietnam War" if it attempts to invade Taiwan. 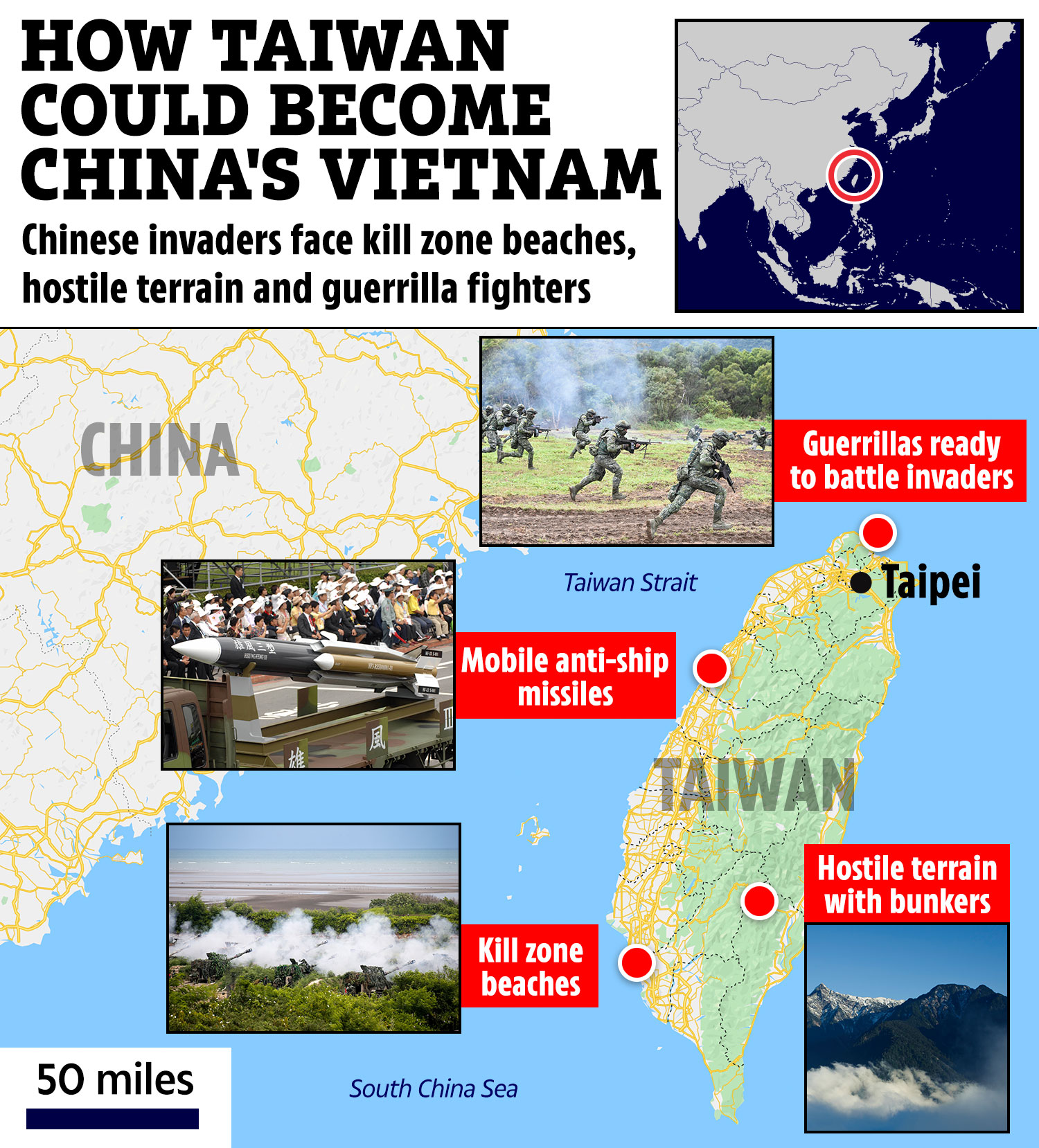 On paper China’s military dwarfs that of Taiwan – but they face killzone beaches, hostile terrain and a 500,000 strong guerrilla army could inflict a Vietnam War-style humiliation on Beijing.

In order to successfully capture the island, China would have to ship an enormous number of troops, plus their supplies, across the 80 mile Taiwan Strait.

The operation would be the largest amphibious operation in human history, easily surpassing the scale of the D-Day landings.

But when they arrive on Taiwan, the Chinese will have to get past defences far stronger than those faced by the Allies in WWII and significant natural obstacles.

Taiwan has a rugged coastline with steep cliffs making only 13 beaches suitable for landing, which have been turned into killing zones.

Analysts have coined the term "Z-Day" to refer to a theoretical Chinese invasion of Taiwan.

Ian Easton author of ‘The Chinese Invasion Threat: Taiwan’s Defense and American Strategy in Asia’, fears Xi's sabre rattling could lead him sleepwalk into an invasion.

He said: “If he is sane, Xi Jinping will think hard before ordering an attack on Taiwan and realize how quickly events could spin out of his control."

“But can we really trust a dictator who stands accused of genocide to act in a rational manner? That seems unwise."