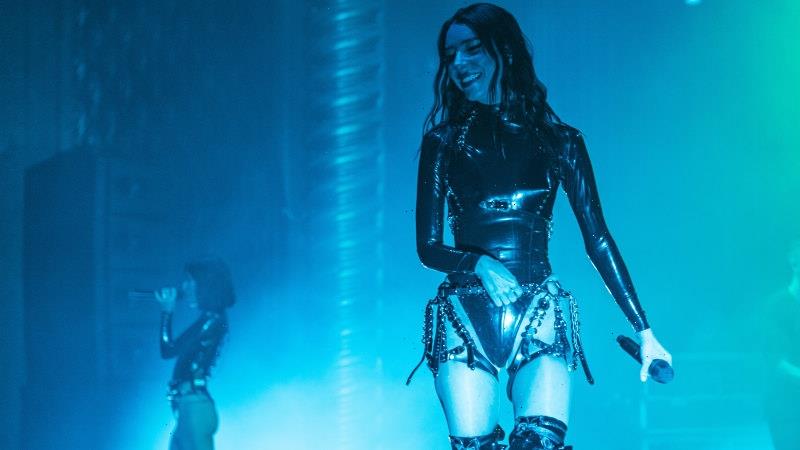 An aura of nostalgia spread across every corner of St Kilda’s iconic Palais Theatre as Brisbane pop-duo the Veronicas brought their era-defining pop gems to life. 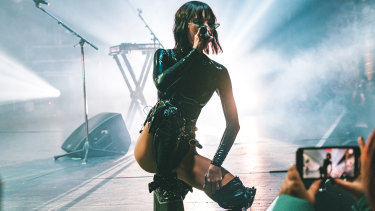 Fans soaked up every moment of the Veronicas’ show at St Kilda’s Palais Theatre.Credit:Rick Clifford

Fans had waited for what seemed like forever for this rescheduled show and, backed by a crack live band, the Origliasso twins repaid ticket holders’ patience with a masterclass in modern pop.

Storming onto the stage dressed in high-cut PVC bodysuits, and brandishing handheld C02 cannons, Jess and Lisa had the crowd, largely made up of elder Millennials, in the palm of their hands with electro-rock stomper Godzilla.

Their 2005 indie-pop smash When It All Falls Apart and 2007’s Take Me on the Floor inspired fans to abandon their seats, seizing the chance to bust out their best weekend moves on a Monday night. 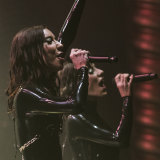 Jess and Lisa Origliasso on stage on Monday night.Credit:Rick Clifford

Now with the party pumping, Jess and Lisa took the audience on a tour through their almost two decades of making music together, having thrived within an ever-changing pop landscape.

It’s rare for an act so unapologetically pop on the surface as the Veronicas to slide so seamlessly between the seductive electro floor-filler Hook Me Up, to the intimate, mature balladry of You Ruin Me, or the modern, dark disco of In My Blood to the sugary pop-rock of 4Ever.

Coupled with supreme live vocals, gorgeous natural harmonies, costuming and some fourth-wall-breaking moments of intimacy, this was an emotional journey, curated to reach a crescendo with a joyful Untouched.

Taigh was followed by Sydney alt-pop artist Cxloe and her band, bringing club energy, a superb voice and star power to a commanding set. Her recent single New Trick showed all the promise of a crossover star in the making with a gritty, electric violin-accompanied cover of the Cranberries’ Zombie – an absolute showstopper.

A cultural guide to going out and loving your city. Sign up to our Culture Fix newsletter here.