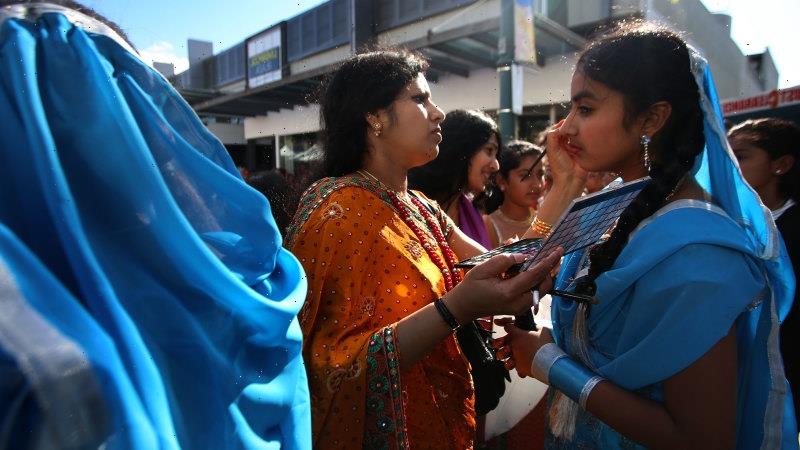 The generations that brought bolognese and yeeros to Australia from southern Europe after World War II are being overtaken by younger migrants from across southern Asia who have popularised momos and chai.

Census data from the Australian Bureau of Statistics shows migration from Mediterranean countries such as Italy and Greece peaked in the post-war decades, while migration from countries including Nepal, India and the Philippines has taken off only in the past 20 or 30 years. 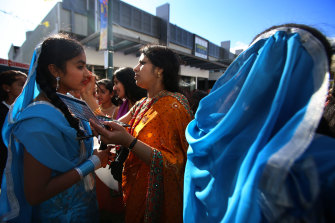 The number of people born in India living in Australia has overtaken Chinese and New Zealand-born people, according to the latest census.Credit:James Alcock

Those immigrants are also ageing.

While the COVID-19 pandemic affected the flow of migrants into Australia, more than 1 million people have arrived in the country since 2017 and 850,000 of those came before the end of 2019. Many were from India and Nepal.

Teresa Dickinson, deputy Australian statistician and the senior responsible officer for the census, said the national survey showed emerging communities within the country.

“We’ve seen the largest increase in country of birth outside of Australia being India, with 220,000 additional people counted, making India now the second-highest overseas-born population after England … leapfrogging China and New Zealand,” she said on Tuesday.

It takes the total number of people born in India and living in Australia to 673,350.

The population born in Nepal had more than doubled since the last census, Dickinson said, rising to 122,500 in 2021.

“This change can be seen with Nepali being one of the top-five languages now in Canberra and Tasmania,” Dickinson said.

The increase in migration from southern Asia is also reflected in the changing religious beliefs of Australia: Hinduism, the dominant religion in Nepal and India, has grown by 55.3 per cent to be followed by 2.7 per cent of the population.

Unlike the large numbers of continental Europeans, including people from Croatia and Germany, that drove the post-war migration boom in Australia, there were no Nepali migrants recorded by the ABS in the 1950s, and fewer than 50 in the 1970s. But in the first decade of this century, nearly 24,200 people born in Nepal were in Australia, while 93,600 moved here in the 2010s.

Thirty-six per cent of the Indian-born population lives in greater Melbourne. Melbourne also has a higher proportion of people born in Greece (49 per cent) and Italy (36 per cent).

Cut through the noise of federal politics with news, views and expert analysis from Jacqueline Maley. Subscribers can sign up to our weekly Inside Politics newsletter here.