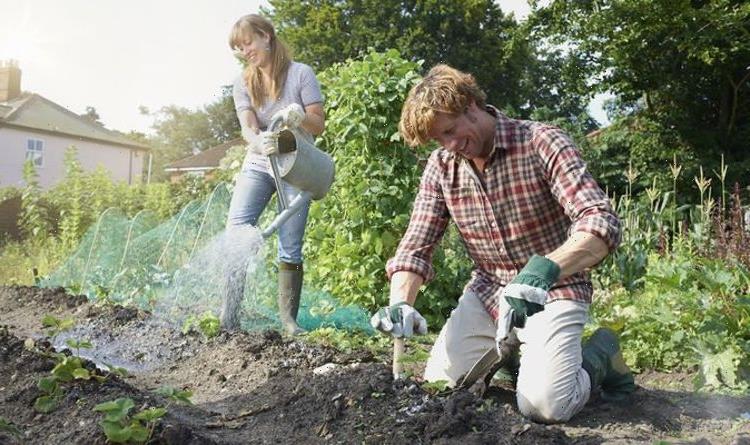 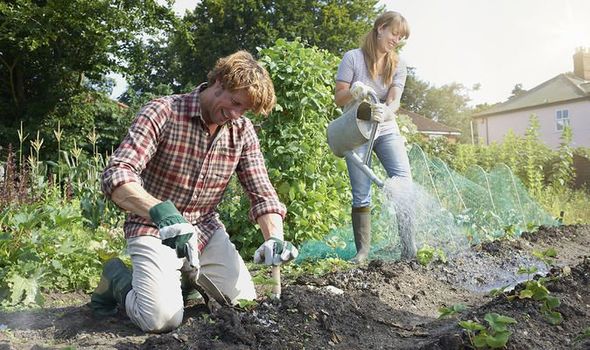 It aims to help Britain’s 30 million gardeners cut greenhouse gas emissions and boost wildlife. They are being encouraged to plant trees, use rainwater for plants, go peat-free, plant blooms for pollinators and pull up paving to create more space for perennials.

The society said its research shows that if every gardener planted a medium-sized tree and nurtured it to maturity, it would store the carbon equivalent of driving 11 million times round the planet.

It also called on all green-fingered householders to make an average of 418lb of compost a year ‑ equal to the amount that gardeners who do it make on average.

That would save the equivalent carbon for heating half a million homes, compared to the manufacture and transport of shop-bought compost.

But YouGov polling for the charity found only 19 percent of gardeners have adopted sustainable principles such as saving water and making their own compost.

Nearly 40 percent still use garden tools, such as lawnmowers, that are powered by fossil fuels.

And while pledges for the RHS’s water-saving campaign will save 1.5 million gallons, the charity says there is more to be done.

The society is also calling for Government support for research and development in horticultural science, as well as financially supporting community gardens in schools, NHS trusts and public spaces.

In tune with Daily Express’s Green Britain crusade, it is launching the campaign as part of its own sustainability strategy.

That includes measures to be climate positive ‑ capturing more emissions than it puts out ‑ by 2030.

It also aims to eliminate all single-use plastic, ensure all packaging is 100 percent reusable, recyclable or compostable, and be “water neutral” at its gardens, shows and sites by 2030.

Director general Sue Biggs said: “The RHS is committed to using its own community outreach work to help Britain’s 30 million gardeners make a positive contribution towards the climate and biodiversity crisis.

“But we can’t harness this potential alone. If we are to mobilise the biggest gardening army across the nation since Dig for Victory we need Government support for planetfriendly gardens.”

The Second World War campaign encouraged householders to grow their own food during rationing. Open spaces from gardens to parks were transformed into allotments.