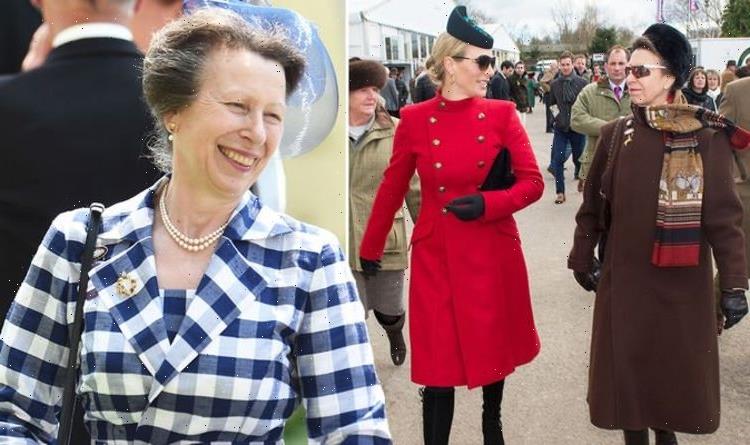 Princess Anne has lived much of her life in the public eye and has worked as a senior royal since she was just 18-years-old. A body language expert has commented on her relationship with her daughter, Zara Tindall.

Although Zara Tindall and Peter Phillips are the grandchildren of the Queen, they do not royal titles.

This may have allowed them to live more privately than their mother and other royals.

They do not carry out official duties and are most often seen at events such as weddings or Trooping the Colour.

Zara and Princess Anne have often stepped out to watch the races together, before the coronavirus pandemic.

Both royals have a keen interesting in horse-riding and both competed in the sport.

When they have been seen together, body language expert Darren Stanton commented on their close relationship.

While he claimed the royals have a lot in common, he highlighted one outing where they appeared distant.

He claimed: “In one really interesting picture Princess Anne is not making eye contact with Zara.

“Her position is very rigid and stoic. I do not feel there is a great deal of rapport happening here.

“If you look at Princess Anne and Zara’s feet positions, it is quite telling.

“It shows that Anne wants to disengage and go in the other direction.”

Any supposed distance between the two, however, Darren suggested may have just been a result of the public nature of the outing.

The expert added: “Princess Anne may be aware that the press are watching and therefore very cautious of the gestures and behaviour she gives off.”

During another trip out at the races, the expert suggested their close bond was more obvious.

He stated they showed “genuine smiles” as they were enjoying their time together.

“The emotion that the human face demonstrates most of all is a smile.

“But in this picture, the whole face is engaged and clearly the two are enjoying the moment.”

Princess Anne and Zara will likely see a lot of each other as they are neighbours at Gatcombe Park.