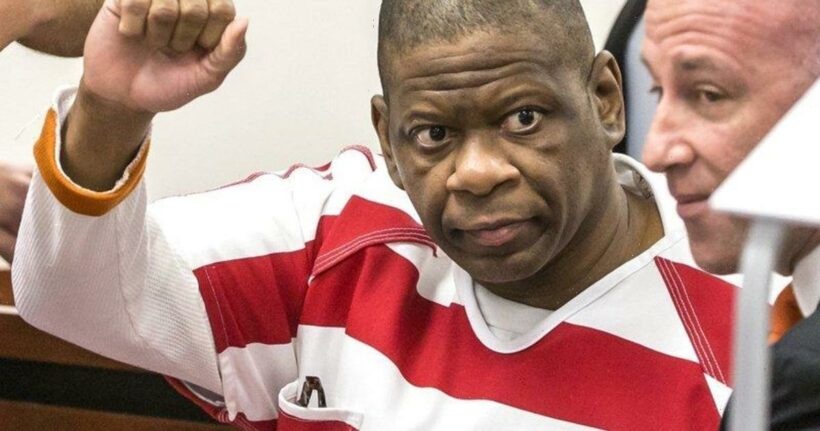 Lawyers for Rodney Reed, a Black man who maintains he was wrongfully convicted in the 1996 murder of a White woman, are attempting to prove his innocence in a Texas court Monday. Reed had been sentenced to die in the murder of 19-year-old Stacey Stites in Bastrop, Texas, but the state’s highest court issued a stay days before his scheduled execution in November of 2019. 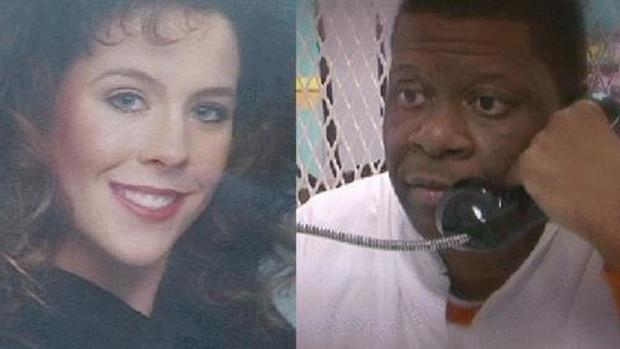 As his execution date loomed, the case gained an intense national spotlight. Nearly 3 million people signing a petition urging clemency and high-profile figures such as Kim Kardashian West, Rihanna, Beyonce, Meek Mill and Oprah voiced support for Reed. The Court of Criminal Appeals remanded the case back to the trial court to hash out three issues — whether the state hid evidence that could have cleared Reed, whether the state presented false testimony, and whether Reed is innocent of the crime.

At a court hearing that began Monday, Reed’s defense is expected to introduce evidence and testimony over the course of four to five days in an effort to prove that Reed deserves a new trial. Reed has said he was having an affair with Stites and had consensual sex with her the day before her death, but he has long denied killing her. His defense team points to evidence they say implicates Stites’ fiance, a former police officer who later served time in an unrelated kidnapping, in her murder.

During an opening statement in court Monday,  Reed’s lawyer Andrew MacRae called the case against Reed “flimsy,” reports CBS Austin reporter Bettie Cross. Prosecutors claimed Stites spent an evening at home with her fiance Jimmy Fennell before she left and drove to work, and during the drive, they said Reed intercepted her, raped and strangled her and left her body in a remote area. They cited Reed’s sperm found inside Stites’ body as evidence of Reed’s guilt.

Reed’s defense team says the small amount of sperm found inside Stites’ body actually supports Reed’s claim that the two had consensual sex the day before she died, though prosecutors at his 1998 trial claimed it showed Reed sexually assaulted Stites just before murdering her.

“With respect to false evidence, there’s a mountain of it,” McRae said Monday.

Reed’s defense is also expected to introduce forensic evidence showing the state of Stites’ body indicated she was killed hours before prosecutors alleged, at a time when she would have been at home with Fennell. Taking the stand as the first witness for Reed’s defense, forensic pathologist Andrew Baker called the window of time during which prosecutors say Stites was murdered — between 3 a.m. and 5 a.m. on April 23, 1996 — “unjustifiably narrow,” Cross reports.

After Reed’s conviction, witnesses have come forward who say Fennell knew about the affair and made incriminating statements after the murder. On Monday, McRae described the relationship between Stites and Fennell as abusive and controlling. Fennell has denied any involvement.

McRae also said the state didn’t disclose recently-surfaced witness statements that supported Reed’s statement that he and Stites were involved in a consensual sexual relationship. But in an opening statement for the prosecution, Lisa Tanner, an assistant Texas attorney general, said there’s no proof of a “secret affair,” Cross reported. Tanner said Reed’s attorneys have had four different versions of what happened the night of Stites’ murder, and said prosecutors are defending Stites’ honor against their latest theory.

The appeal hearing of death row inmate #RodneyReed is about to start in Bastrop. Outside the jail supporters are holding a vigil, declaring his innocence and calling for a new trial. pic.twitter.com/uHbTnbo9qF

“Our evidence is not new and not anything we haven’t been saying for 25 years,” Tanner said.

Reed’s supporters gathered outside the courthouse for an overnight vigil ahead of the hearing, reports CBS Austin. On Saturday, Reed spoke over the phone to a group of supporters, saying he was feeling “very optimistic.”

“Being able to reach out and touch base with my family and friends has been a blessing,” Reed said.

Reed’s family called it a “miracle” that Reed has been given the opportunity to present new evidence in court, the station reports.

“From day one all we ever wanted was a fair trial,” Reed’s brother Rodrick Reed told the station.

A judge is not immediately expected to rule after the two-week hearing over whether Reed deserves a new trial. A final decision will ultimately be handed down by the appeals court.