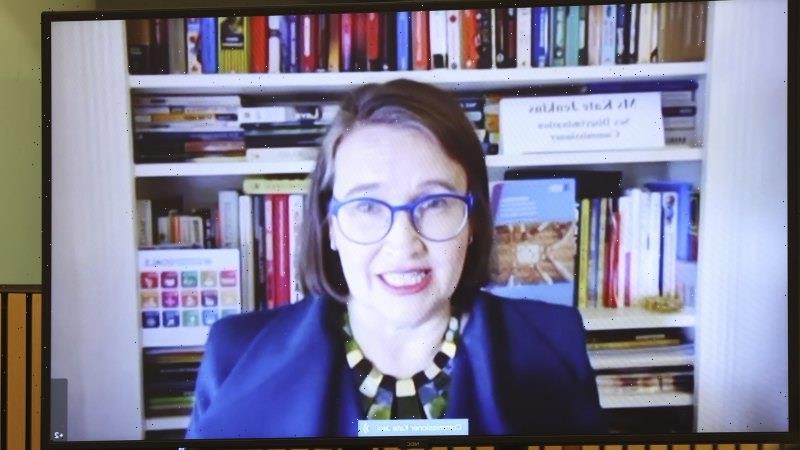 Sex Discrimination Commissioner Kate Jenkins has criticised Australia’s workplace harassment laws, saying they encourage companies to shut down complaints if possible and fight them once filed.

Ms Jenkins delivered the landmark [email protected] report in March last year but the federal government is yet to act on a central recommendation: giving businesses a positive duty to prevent sexual harassment. 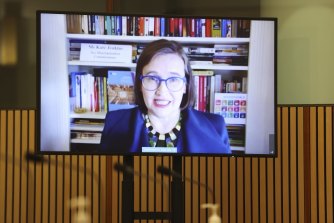 “In the Sex Discrimination Act there’s actually a system that asks [or] really incentivises employers to stop complaints and defend complaints,” Ms Jenkins said on Monday. That should change, she said.

Claims of bullying, harassment and an alleged rape at Parliament House in Canberra that emerged this year have shone a spotlight on the treatment of women at work, sparking a review by Ms Jenkins of workplace culture in Federal Parliament.

In an update on that work on Monday, Ms Jenkins revealed 16 current and former MPs were among the 345 people who participated in the review. Just over 72 per cent of the total were women, 256 were current or former staff of MPs or senators, and the rest were a mix of other parliamentary employees, volunteers and interns.

Commission staff have held 222 interviews so far, with another 125 to come. An anonymous, online survey will open this month to the 3700 people who work in Commonwealth parliamentary spaces.

“I’ve been deeply inspired by the courage, determination and insight of those who have already come forward and shared your experiences with us,” Ms Jenkins said.

Appearing before a Senate committee examining the government’s plans to legislate some of her broader recommendations to stop workplace harassment, Ms Jenkins emphasised the importance of putting the onus on businesses to stamp out sexual discrimination and victimisation.

Workplace health and safety laws already require employers to take reasonable steps to prevent hazards including harassment. The government has suggested it wants to use that mechanism to eliminate harassment, rather than changing the Sex Discrimination Act, to avoid duplication and confusion.

Under questioning from Nationals senator Perin Davey, Ms Jenkins said it was only the Sex Discrimination Act that outlawed harassment while health and safety laws focused on prevention.

That system already had an internal conflict, Ms Jenkins said, and let employers defeat sexual harassment claims if they could “prove that it wasn’t their fault”.

In its official response to [email protected], the federal government either noted or agreed fully, principally or partially to all 55 recommendations and committed $2.1 million to work on them. However, it committed to legislating only seven of 15 law changes in full.

The SDA, Australia’s largest retail union, told the committee egregious workplace harassment continued. It cited a report from an anonymous member that her manager had racked up several workplace complaints before starting a relationship with an underage colleague. He was then allowed to resign rather than being fired.