Hel the husky was out for a walk with her owner Terry Walsh at around 17.20pm on April 22. Hel spotted what appeared to be a rolled up blanket in the bushes and went over to investigate. Hel alerted her owner to the shocking find by lying down next to the blanket and gently nudging it with her nose.

Mr Walsh, 64, told BirminghamLive: “Suddenly I heard this baby cry. I think it was Hel’s gentle nudging and the heat from my husky’s body that woke the baby up.

“I thank the Lord that the baby was alive, that could have been a lot worse. The baby could have been dead. I said to my neighbours, heaven sent Hel to rescue that newborn baby boy!”

Mr Walsh checked if anyone was around to help as he did not have a mobile phone. Luckily, he saw a woman with two children in the distance and ran over to tell her what had happened and she called 999.

The baby boy is believed to have been just hours old when he was found by Hel in an open space known as The Mounds in Shannon Road, Birmingham. 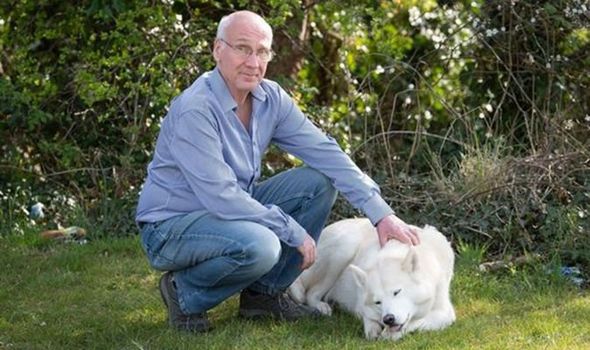 The baby was dressed in an orange and white stripy ‘Dino Dude’ t-shirt, grey trousers and was wrapped in a grey and white zig zag pattern blanket.

The baby is now in hospital receiving treatment but said to be doing well. West Midlands Police are continuing their search for his mother. They said a witness appeal had led them to believe she was a white woman in her early twenties.

Detective Superintendent Annie Miller said their priority was finding the mother as she may be in need of urgent medical treatment after giving birth.

People have been amazed by Hel’s story and many took to Facebook to praise the dog. One woman said: “Well done, thankfully your dog found the baby – what a star. At that time of night it starts to get cold. 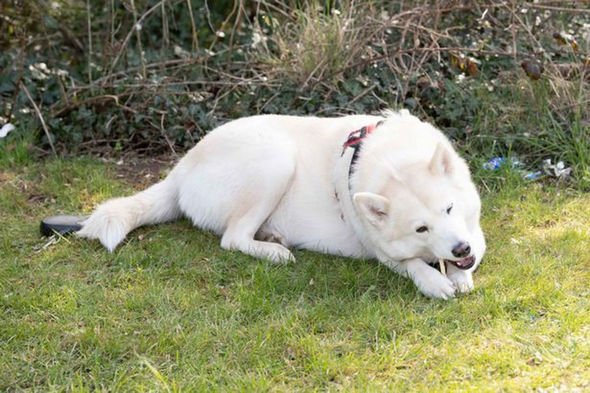 A second said: “Absolutely amazing dog, finding baby and alerting his owner, dogs are so intelligent and caring. Well done to both dog and owner you are both to be commended.”

Another woman replied: “It seems heroes have tails, not capes,” and a fourth exclaimed: “This dog needs a medal.”

Anyone with information is asked to phone West Midlands Police on 101 or Crimestoppers anonymously on 0800 555111.