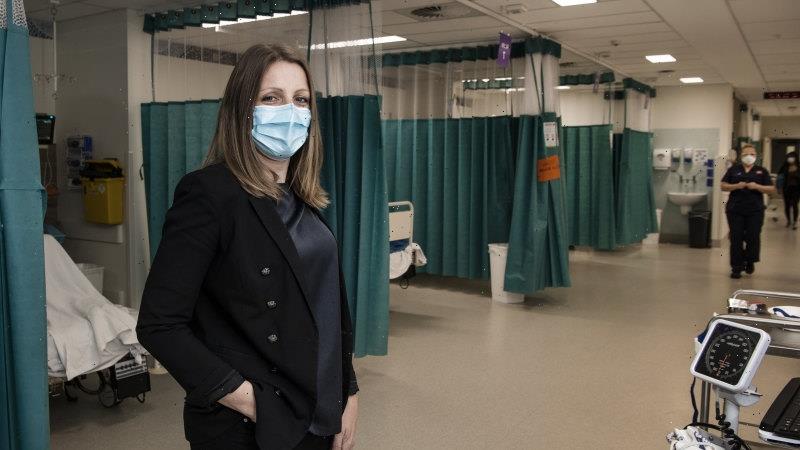 Emergency room doctors say a gap in services for people with mental health and addiction conditions is behind a dramatic increase in presentations at inner-city hospitals.

A study by St Vincent’s Health, which runs busy emergency rooms in Sydney’s Darlinghurst and Melbourne’s Fitzroy, shows vulnerable patients being admitted in growing numbers with acute health problems that could have been prevented. 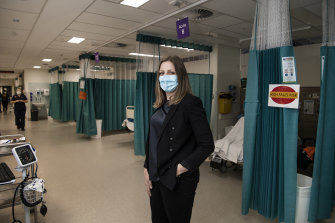 Data collected by the two hospitals shows emergency room admissions of vulnerable patients – with drug and alcohol problems, mental ill health, Indigenous patients and long-term homeless people – increased by 61 per cent in the eight years to 2020, compared with 11 per cent among general patients.

Erin Longbottom, a nurse manager at St Vincent’s Sydney’s homeless health unit, said there was “a real lack of resources to support people with complex mental health conditions” that had been “compounded by the pandemic.”

“People find it difficult to access primary healthcare because of the cost of going to a GP, and the community mental health services and drug and alcohol support are not there,” she said.

Ms Longbottom said she was seeing an increase in homelessness linked with COVID-19, including people who had never been homeless before and were living in refuges, caravan parks, boarding houses, crisis accommodation or couch-surfing.

“They are people who have lost jobs, who may have been working cash in hand and lost their income during the pandemic,” she said.

The St Vincent’s report said the health system “isn’t adequately addressing the unique needs of these vulnerable groups, particularly at the primary care end. The result is that the acute end of the health system becomes the only place left to access care and treatment.”

Dr Rachel Zordan, co-author of the report, said “there’s clearly a gap in current services” and a need for tailored health services.

Marginalised people were left with “no other place to go than a hospital”, she said, often needing acute care for conditions left untreated – meaning “longer hospital admission, and by extension, greater treatment costs”.

National data to be released by the Australian Institute of Health and Welfare on Tuesday shows emergency room presentations across the country increased by 6.9 per cent in 2020-21, rebounding after a decline in the early months of the COVID-19 pandemic. 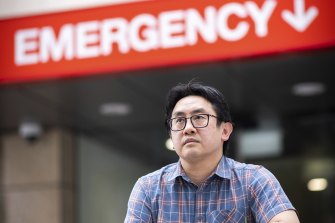 Andrew Chan manages St Vincent’s Melbourne’s assessment liaison and early referral team, which helps coordinate care for vulnerable patients as they enter the emergency department, and has noticed an increase in presentations by at-risk patients.

“It’s getting busier and busier,” Mr Chan said. “The level of complexity of the health conditions we are dealing with has also increased.”

Mr Chan said patients with psychosocial conditions often presented with physical health problems such as untreated diabetes and heart disease, wounds and injuries from falls, “things that you would normally address at the GP”.

“Mental health and drug and alcohol problems, long-term substance use, are by far the main things we see,” he said.

“At one end, we get party goers on the weekend who overdose and come in to sleep it off and then go home. In the middle, you have someone who maybe has a job and family but they’re starting to see cracks, with mental health or substance use.”

At the most extreme end, Mr Chan said, the hospital deals with long-term homeless people who presented to the emergency room as many as 50 times per year.

“We’ve got an individual who has been here every day of the week, who makes daily presentations to an emergency department,” he said.

“It’s not really equipped to deal with the complexities, you have to engage with a lot of their issues and that doesn’t fit into the four-hour timeframe [the target for patients to be triaged in emergency].”

The Productivity Commission on Monday launched a review of the National Housing and Homelessness Agreement between the Commonwealth, states and territories, to assess whether it has been successful in reducing homelessness and improving access to housing, social and economic participation.

Health Minister Greg Hunt launched the federal government’s preventative health strategy on Monday with $24 million of funding over three years for 21 organisations including the Australian Alcohol and Other Drugs Council and Suicide Prevention Australia.

A NSW Health spokesman said substance use and mental health hospitalisations had remained largely stable across the state in recent years and that primary care – a Commonwealth responsibility – was “the absolute frontline in keeping people healthy and avoiding unnecessary and costly hospitalisations”.

A Victorian health department spokeswoman said the state government was working hard to support people “facing the challenges of mental illness, homelessness and addiction … with the wrap around health services they need to stay well and out of hospital”.

“We’ll continue to talk to staff and patients to ensure we’re getting the right services to the people who need them,” the spokeswoman said.

The Andrews government is also implementing reforms responding to the Royal Commission into Victoria’s Mental Health System, which the spokeswoman said “will change lives and save lives by delivering integrated care and supports”.

Fascinating answers to perplexing questions delivered to your inbox every week. Sign up to get our new Explainer newsletter here.