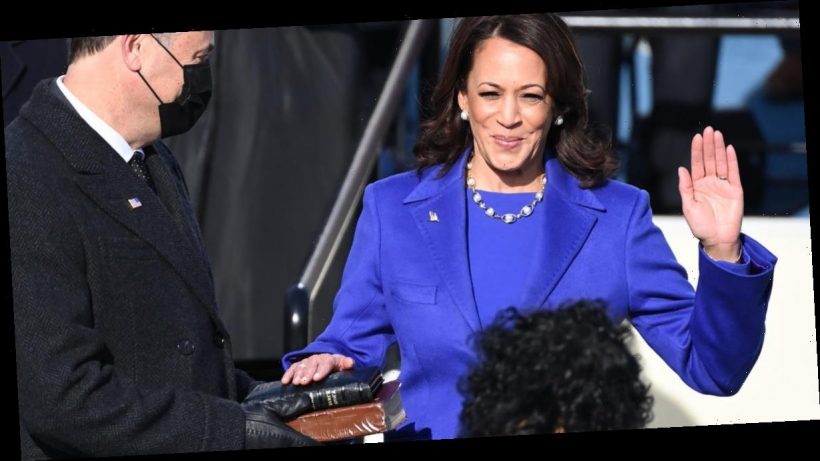 Kamala Harris made history on Wednesday when she was sworn in to be the 49th vice president of the United States, as she is the first woman, the first Black woman and the first South Asian woman to be elected to the role. Harris is also the first graduate of a historically black college or university to serve in the role — and students from her alma mater, Howard University, spoke Wednesday about what the inauguration means to them.

“Madam Vice President, you have proven that we as Black women no longer have to wait in line for the right moment to be the change we want to see in this nation,” said Jordyn Allen, a Howard student who is also the chairwoman of the student association’s senate. “We are qualified. We are here. And because of you, Madam Vice President, we are all speaking.”

Jordyn Allen, Chairwoman of HUSA Senate, shares her congratulations and admiration of @KamalaHarris on this memorable day! We still want to hear from you, share your 20-second videos with us and tag #HU2WH. #inaugurationday pic.twitter.com/sz8L0YSdLd

“As a native of your home state of California and as a Howard University Bison it has been an absolute privilege to see the first-ever Black woman ascend to the vice presidency of the United States of America,” said the student association’s Senate Vice Chair, Naheim Banks. “You have consistently shown us and consistently inspired us to speak truth to power and step up for the ideals we believe in, even if we may stand alone. Because of you Black students everywhere can now see what they have the potential to become.”

A message of inspiration from HUSA Senate Vice Chair, Naheim Banks about Vice President @KamalaHarris. What is your message? Comment or share using #HU2WH. #inaugurationday pic.twitter.com/wuBKzN0NJB

Senior student Tre Edgerton, who is president of the speech and debate team, highlighted the significance of Harris’ achievement given the country’s history.

“To just think, that 154 years ago, when this university was founded, Black people couldn’t vote,” Edgerton said. “And now we have one of our own in the White House. It is a great day to be a Bison.”

Howard’s showtime marching band also made an appearance on Wednesday in the inaugural parade as the new administration made their way to the White House.

Harris graduated from Howard in 1986 with a political science and economics degree. Howard University president Wayne A. I. Frederick said in a statement that Harris’ accomplishment is a “great day for Harris, for Howard and for our country as a whole.”

“It is a great day for the African-American community, the South Asian American community and all American communities. Harris’ ascendence is a powerful symbol of the progress our country has made. To be sure, that progress has been inconsistent, and our country is far from perfect.  But we would be remiss to overlook the significance of what Harris’ inauguration represents,” Frederick said. “That a Black woman can rise to hold the second most powerful office in the entire country, especially in the midst of continuing inequality, injustice and intolerance, is a decisive testament to our country’s values and its future trajectory.”

“No longer does anyone have the right to tell Black boys and girls to set their sights lower, to dream smaller, to be more realistic,” Frederick continued. “We need only point to Kamala Harris when telling our children that anything they can imagine, they can achieve.”