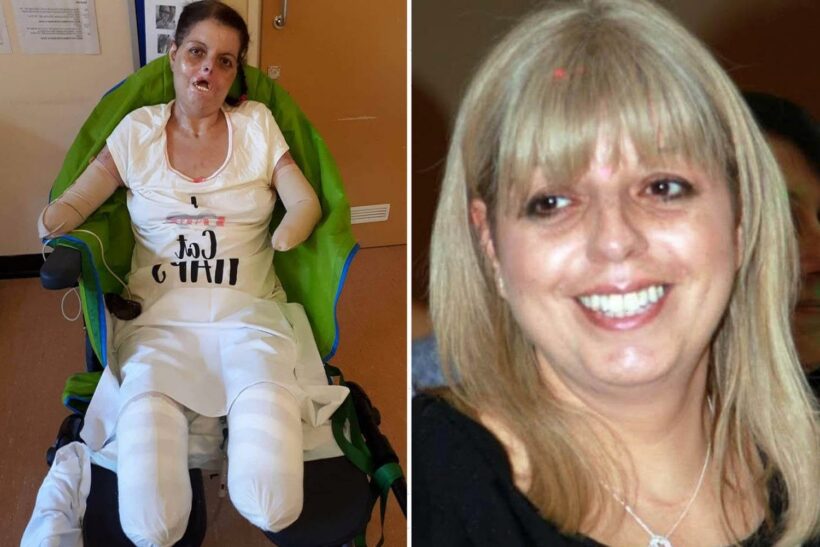 A MUM who lost all four limbs due to sepsis after she suffered a small cut in her gum can hug her grandchildren again due to 'bionic arms'.

Sue Neill was left with multiple health issues after the horrific condition struck her down. 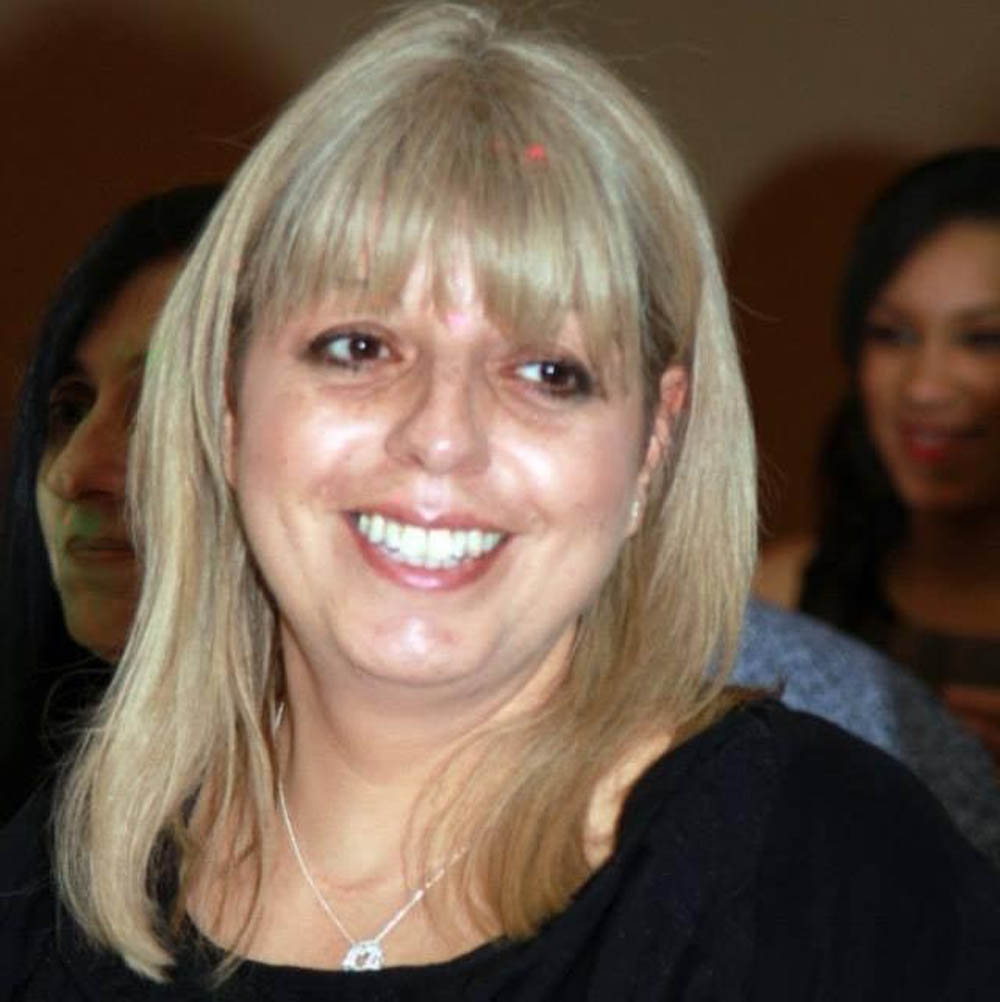 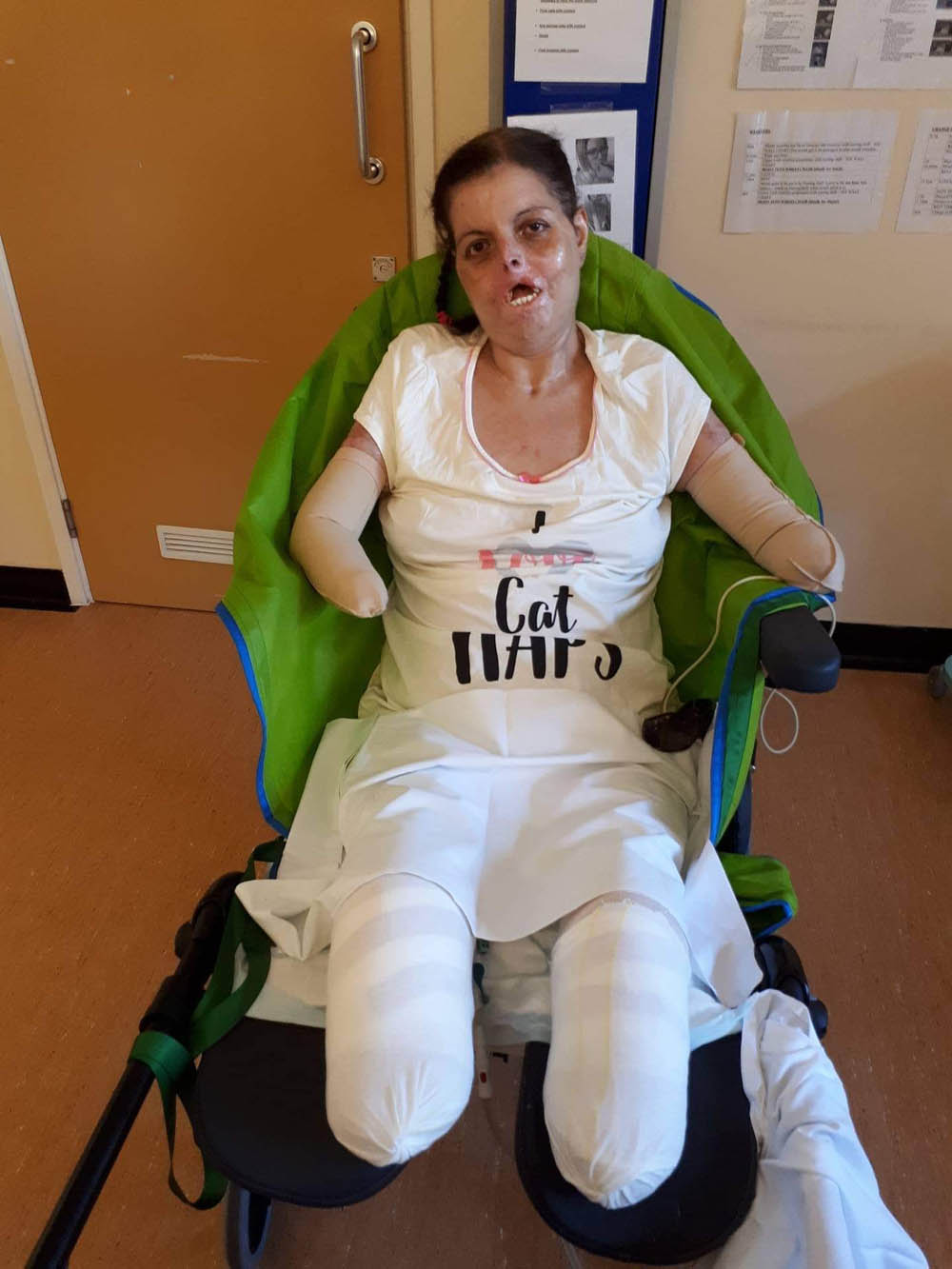 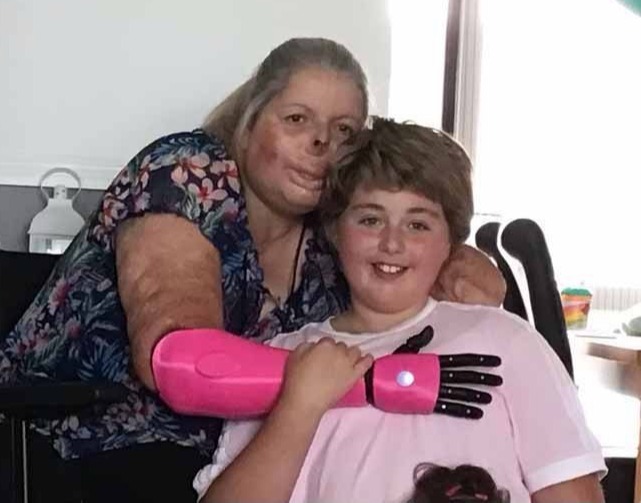 The 52-year-old is marking World Sepsis Day today by speaking out about sepsis which robbed her of her nose, lips and tongue, and meant she needed all four limbs amputated.

In the UK, around 48,000 people die from the condition each year and worldwide its 11 million people.

Sue, who lives with former lorry driver husband Dean, 54, son Connor, 25, and daughter Kaylee, nine, and also has a son Chris, 35, and daughters Stacey, 32, and Chloe, 22, said she was unable to look herself in the mirror after her ordeal.

The mum-of-five from Chichester, suffered a small nick in her gum at the dentist in January 2017.

An abscess developed a few days later, then her face began to swell, leaving her struggling to see or hear.

She seemed to rally after two rounds of painkillers and antibiotics, but on February 25 Dean found her on the sofa with her face turning blue.

“He thought I was already gone,” Sue said.

Rushed to St Richard’s Hospital in Chichester, Sue’s family were repeatedly told she was unlikely to survive and her limbs were amputated.

Sue pulled through but was then tasked with learning how to live with her new body, and she spent a year in rehab.

Sue said: “At first, I couldn’t talk and for over a year, I couldn’t even look at myself in a mirror.

“I hate the word stumps. These are my arms and legs. So be it if I haven’t got much of them. I’m lucky to be alive, but I’m still me.”

Sue said she was unhappy with the heavy prosthetics she was given and pinned her hopes on high-tech bionic ‘Hero Arms’ developed by Bristol-based Open Bionics.

They respond to the wearer’s muscle movements using sensors but are not available on the NHS.

Sue was fitted with a new right arm that uses prosthetics in July this year.

What is Sepsis and what should you look out for?

Sepsis is usually triggered by another illness and most people who get sepsis are thought to have already had an infection.

These infections could be anything from pneumonia, an abdominal infection, a urinary infection or a wound.

There are six key symptoms to look out for when it comes to sepsis and these differ in adults and children.

P – passing no urine in a day

Her cousin Carmen Lewis, 56, a pharmaceutical wholesaler, and her husband Gary, donated enough to pay for the arms, alongside her GoFundMe and some charity donations, Sue was overwhelmed with gratitude and, after several fittings, her new right arm was ready to slot on.

Sue hopes to have her second life-changing arm fitted later this year and said: “Cuddling the kids again was amazing. I’ve had a lot of pictures taken cuddling them on my knee. My little grandkids love my arm and they keep saying, ‘That’s so cool’.

“It’s wonderful just be able to hug them again. The kids love it – and I love it. I can’t believe it.

“The kids keep making me shake hands with them too!”

Sue has been building up her strength and can now use it for two hours a day after only being able to use it for 10 minutes at first.

She said: “It’s not heavy, but it’s a lot heavier than my shortened arm was. I need to build up my upper body strength and I need to be patient. It’s a big learning curve.

“I’ve got a long way to go, but it’s good to see improvements as the days go on and I hope I can wear it all day long. I have no idea when that will be – but I’m hoping it could be as soon as next month.

“I’m eagerly awaiting the second arm. That will be fitted once I’ve got used to the first one – I can’t wait!”

Sue is now able to do more things independently and says she has learnt how to brush her hair and pick small things up off the table.

She said: ““I’m sure I’ll look back on this in a year’s time and think, ‘Remember when I couldn’t do anything?”

She also said she is looking forward to wearing the new arm out and about as she sasy they look ‘more interesting’ than other prosthetics.

THE BEST THEY CAN GET

“It’s not pretending to be a real arm, so I think it looks really cool, robotic and colourful.

“I’m planning to wear it out next week when I go to the shops or out in the village – and I hope people ask me about it!”, she added.

Sue was fortunate to have raised enough money for her arms and is now determined to raise awareness of the risks of sepsis and highlight the need for better prosthetics to be available on the NHS to amputee patients.

She said: “I am very passionate about them being available on the NHS.

“None of us asked to lose our limbs. It all happened through accidents, illness or people that have unfortunately been born this way.

“Our government needs to relook at this within the NHS – it’s about giving its citizens the best they can when something horrible happens to them.” 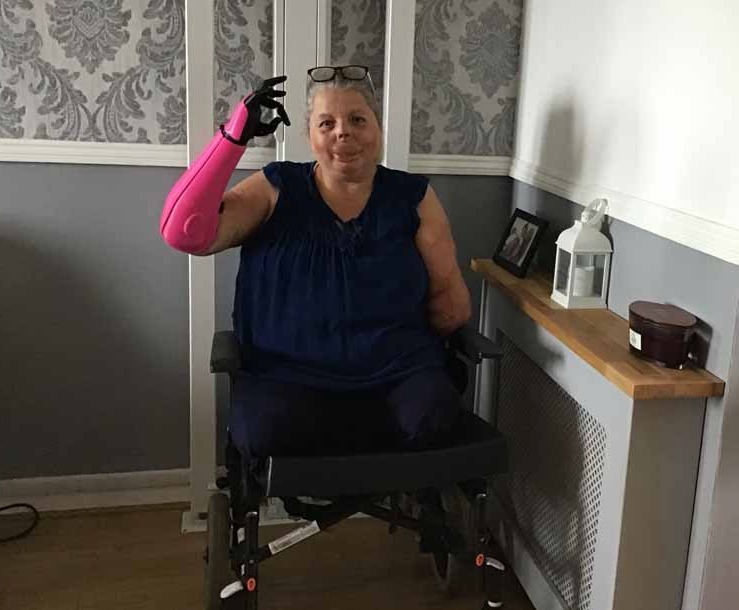