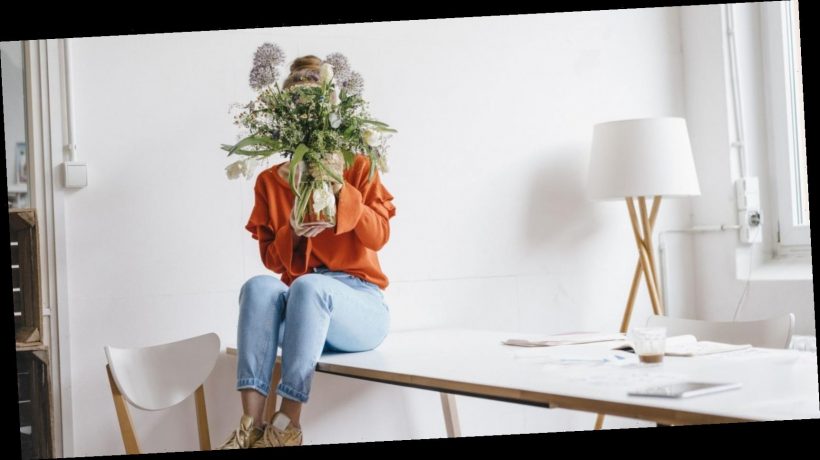 Stylist’s Kayleigh Dray has always gone above and beyond when it comes to bridesmaid duty. But after a run-in with a bride who demanded she not only pay for flights, hotel and a dress but her wedding meal as well, she’s fighting back.

Updated on 8 January 2021: I’ve long suspected that Jennifer Lawrence is my spirit animal; she’s clumsy, she waxes lyrical about food non-stop, and she’s a staunch feminist. But, despite nodding along sagely to most of her truth-bombs, I’ve never been quite as enthusiastic in my agreement as I was when she shared her thoughts on the sacred duty of bridesmaid-ing.

Spoiler alert: she’s not a fan.

“Weddings rock, but I will never be a bridesmaid again,” she told Vanity Fair. “There needs to be a bridesmaids’ union. It’s horrendous. If anyone asks me again, I’m going to say, ‘No. That part of my life is over. I appreciate the ask.’”

As someone who has been a bridesmaid a total of seven times and counting, I can totally relate. Especially after today’s news, which saw a bride go viral after asking her bridesmaids to sign a contract listing a whopping 37 rules.

As per Tyla’s report, the bride has point-blank “banned” her friends from gaining more than 6lbs before the big day, falling pregnant “intentionally”, or flirting with any of the wedding guests.

“I’ve read a lot of posts about issues with bridesmaids, so I gave out contracts,” she said in a Facebook post. “It explained my expectations from beginning to end.

“I refused to be stressed and didn’t budge on any of it.”

As reported in the heady pre-Covid days of 2016: I’m famed (in my own small social circle, at least) for my easy-breezy persona, and I’ve always been willing to go the distance for my pals and loved ones. In the name of being a bridesmaid, I’ve babysat volatile family members, ploughed through endless wedding fairs, carried a lot of heavy equipment, and been the voice of reason when the bride’s nightmares have become a reality – frizzy hair is no joke, people.

But even I hit a wall after the (now) Infamous Maid-Shaming Incident.

When one of my closest friends got engaged to her long term boyfriend, I was absolutely over the moon for her. They were a sweet couple, deserving of any and every happiness, and she’d always been there for me when times were rough. Likewise, I had always been the first person she’d call in times of trouble – and it seemed only natural that she wanted me to be at her side on her big day.

So, when she asked me to be her bridesmaid, it was a pretty emotional moment, and I happily accepted the job.

Because it is a job, no matter what anyone tells you; there’s actually a lot of manual labour that goes into being a bride’s maid, not to mention strategizing, mental arithmetic, and amateur psychotherapy. There’s also a lot to be said for being the rational one amongst a group of bridesmaids slowly descending into madness; I’ve demonstrated such flawless peacekeeping skills in Whatsapp groups and Facebook chats that the United Nations would snap me up in a heartbeat, I bet.

But this was a job unlike any other.

See? I can be a well-behaved bridesmaid when I want to be…

I first clocked that something was amiss when the bride called me out for being the only bridesmaid not to pen a moony-eyed Facebook status about being asked to join her wedding party. “Literally everyone else,” she said, “has written a status saying thank you to me, shared a nice photo, and tagged me in it.”

Her response was stony: “I feel like maybe you’re actually not that invested in this?”

I should have backed out then – but I was naïve, and eager to please. Cue me apologising profusely, attempting to explain that I don’t often… well, that I don’t ever broadcast strange details like that about my life. And, eventually, she agreed that I didn’t have to social media the shizzle out of her wedding plans if I didn’t want to.

But, while I remained cool on the outside, I was fuming. I’d thanked her in person. A lot. Why did it require a Facebook status?

It wasn’t long before I was added to an email thread about bridesmaid dresses (vivid turquoise sacks, if you were wondering), and began receiving around 25 messages a day. All from the bride, and all aimed at her sister, who was refusing to go strapless. Nothing to do with me, so I continued with my work. But then I started getting Facebook messages, and text updates, too.

“I’ve sent you an email – be great if you could respond ASAP,” she’d write, her stream of kisses growing shorter and shorter as the tone became ever more passive-aggressive.

I tried to keep up, I really did. But, one day, I had a series of back-to-back morning meetings, and couldn’t stay on top of things. When I finally returned to my phone, I had almost 30 increasingly irate messages from the bride, asking me why I was being so selfish – and why did I even bother saying yes to being her bridesmaid if this was my attitude?

Somehow, crazily, I managed to stay zen. I apologised (again) for my sloppy email skills, logged in, and saw she’d a) set a date for her wedding (mid-week, obviously – it’s the most convenient for everyone involved, right?), and b) decided it was going to be based in Seville. A not-so-minor factor that hadn’t been flagged when she initially asked me to be bridesmaid.

Scanning through the latest email thread, it dawned on me that not only did I have to pay for my flights and hotel, I was also expected to fork out for my bridesmaid dress, my hair and makeup, my shoes, and (you guessed it) my dinner on the wedding day itself.

The money was, as Sam Smith might say, very much on my mind, but I was too embarrassed to tell the bride that my wage was so pitifully small that it would take me a few months of saving before I could afford to book anything.

So I decided to focus on the smallest problem first; she wanted all us bridesmaids to join her for a dress-shopping excursion the following Wednesday – and, unsurprisingly, it was a little short notice for me to get the day off from work. I tried, my boss laughed me out his office, and I was forced to let the bride know that I wouldn’t be attending.

“Pull a sickie,” she demanded, failing to realise that my boss would easily put two-and-two together if I suddenly came down with a stomach bug on the very day I’d asked for annual leave.

No response. It was absolutely blissful.

Come that Wednesday, I spotted that the bride – and all her better-behaved bridesmaids – had posted a few Facebook updates about their day together. “Having the best day with all my lovely bridesmaids,” she wrote, captioning a photo. “Couldn’t ask for better or more loyal friends – these girls give me life.”

Things came to a head a few days later, when I received an angry message asking why I hadn’t replied to my wedding invite. Being as I’d never received a wedding invite, I was pretty perplexed, and told her so. “But don’t worry,” I added, “because I’m definitely coming. I’m a bridesmaid, so I have to be there!”

It was a silly, throwaway comment – but it had massive repercussions.

“I can’t believe this – so the only reason you’re coming to my wedding is because you’re a bridesmaid?” she responded, within moments of me clicking ‘send’. “Maybe that means you shouldn’t be a bridesmaid then.”

I blinked at my phone in disbelief. Then, as I began drafting a response, I received yet another message – and this one was pretty final. The bride had reached the end of her tether with me, essentially because I’m an awful human being. I hadn’t booked my flights and hotel yet (true, but I was still saving up), I hadn’t reached my target bridesmaid weight (didn’t mention that fresh slice of hell, did I?), hadn’t grown my hair out as requested (and, honestly, I’d never intended to), and she just couldn’t take me and my mutinous attitude anymore.

The overriding message was that I was no longer welcome in her wedding party. But, weirdly enough, I was still welcome at the wedding. Unsurprisingly I turned down that invite – it would have been awkward as hell – and put my savings towards a holiday I’d actually enjoy.

Not all brides are like this, obviously. And, whenever I’ve actually managed to hold onto my job as bridesmaid long enough to make it down the aisle, I’ve enjoyed myself. A lot. Weddings are fun, you guys! But there are always the bits that grate on me, particularly when it comes to the money side of things.

So, on behalf of bridesmaids everywhere, I am laying down some rules of engagement.

Feel free to print these, laminate them, and mail them to your BFFs when they ask you to be in their wedding party; it’ll save a lot of tears and aggro.

Your wedding day may be the most important day of your life – but it is not the most important day of mine. And, while I will be there to carry emergency mascara, cry over your vows, help you squeeze your meringue of a gown into the toilet, pressure everyone onto the dancefloor, and create all the buttonholes you could possibly desire (I happen to be a dab hand at floristry, I am), I would like us to stick to the following tenets:

Someone get Jennifer Lawrence on the phone, stat. I think I’ve got the basis for our Bridesmaid’s Union right here…

This article was originally published in November 2016.

All other images: Author’s own