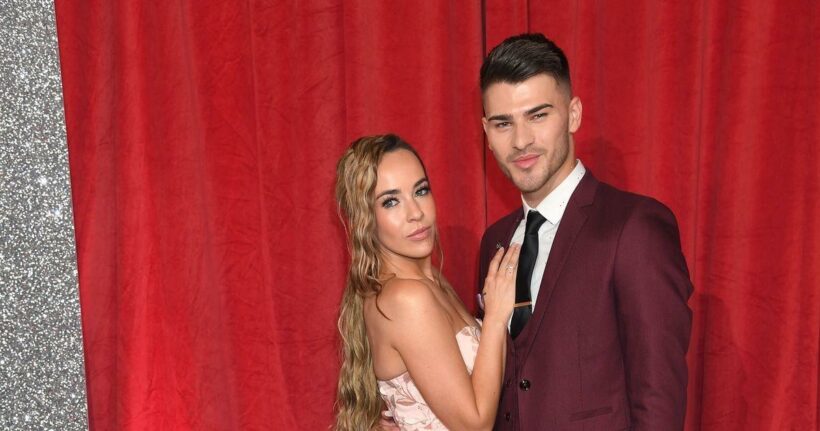 With a new series ofI’m A Celebrity… Get Me Out Of Here! under way,celebrities including Mike Tindall, Boy George and Jill Scott have swapped their lavish lives for three weeks of Bushtucker trials, gruelling activities and nights around the campfire.

But while I’m A Celeb may be known for its less than appealing tasks, the hit ITV show is also known for having produced some romances throughout its time.

And this year, temperatures could rise withHollyoaks starOwen Warner admitting that he’s “single and looking for love”.

So, as the actor wears his heart on his sleeve, let’s take a look at the 23 year old’s former flames…

Most recently, the Hollyoaks star dates Geordie Shore'sChloe Ferry andthe pair went Instagram official in May 2021 during a romantic holiday to Portugal.

Donning a tiny yellow bikini as she lay on Owen's topless chest, Chloe took to Instagram to share a snap of her and her beau and wrote: "Now I no what love feels like," alongside an emoji of a ring.

However, despite their whirlwind romance, the pair called time on their relationship just weeks later, withChloe, 27, stating that their “very different lifestyles” had gotten in the way of their romance.

Prior to dating Chloe, Owen was linked to 2018 The Apprentice star Camilla Ainsworth when eagle eyed fans spotted the pair exchanging flirty comments on each other’s social media posts.

The pair were also seen on a walk together on Camilla’s Instagram Stories, though their romance proved short-lived and they went their separate ways soon after they started seeing one another.

“When they first met they got on like a house on fire and it seemed to be going really well,” a source toldThe Sun.

“But recently they had been arguing and decided that they should part ways. It was nothing dramatic and was very much mutual.”

As a celebrity hair and makeup artist on CBBC’s So Awkward show, Lana Jenkins is reported to be good friends with various members of the Hollyoaks cast, having met Owen through mutual friends.

In June 2020,Lana is said to have shared a snap of her and Owen looking loved-up while sitting on a roof together and appeared to confirm that they were an item.

Despite the loved-up snap, the pair’s relationship didn’t last and they both went their separate ways.

Having joined Hollyoaks back in 2018, soap star Owen dated his fellow co-starStephanie Davis for nine months and even revealed that Stephanie’s son called him “daddy”.

Together, the pair enjoyed a series of red carpet dates together and appeared to go from strength-to-strength by going on a romantic holiday together.

Gushing about her new-found love to the Loose Women in January 2019, Stephanie, 29, said of Owen: “He’s wonderful. He’s just beautiful inside and out,” and added he was “amazing”.

Sadly Owen and Stephanie parted in September 2019,with Stephanie reportedly vowing not to get back with the star.