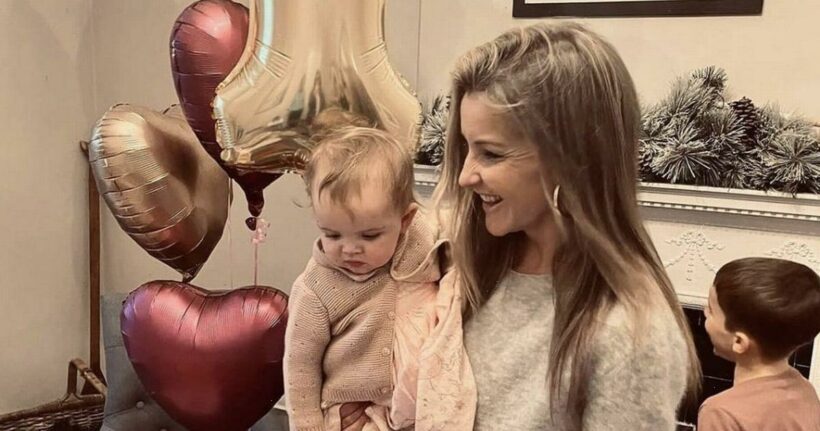 And the 39 year old, who has been a presenter on Countryfile since 2014, shared the birthday celebrations she hosted for her daughter, Elsie, with her almost half a million followers on Instagram.

“One year of you. [two heart emojis] Here’s to the houses that are never quiet or tidy. #firstbirthday #grateful,” she captioned a photo she posted on to her grid.

The 2022 Strictly Come Dancing contestant uploaded the image which saw her holding Elsie as she was surrounded by balloons, party food, and a birthday caterpillar cake. But amongst the well wishes from Helen’s famous friends and fans alike, she also candidly documented the realness of hosting a party for a one year old complete with ten other children.

"A wolf in a tantrum, a Spidergirl needing balloons and lost cricket gloves. All the chaos," she penned alongside a photo of the birthday girl’s friends dressed up in fancy dress.

"All the love baby girl," she added.

The former Blue Peter presenter also shared a snap of her cooking disaster – a burnt pizza that she’d placed on the patio outside.

“Safe to say party food was up to the usual standard chez skelton,” she joked, something that many parents with young kids can relate to.

Another shot included Elsie dressed in a pale pink dress and cardigan with her friend, complete with birthday cake smeared all over her face.

The mum of three didn’t just go all out for her daughter’s first birthday – she’s also been sharing photos of the festive season and the lead up to Elsie’s first Christmas.

On December 25, she posted two sweet snaps to her grid. The first of her and Elsie wrapped up in front of a giant Christmas tree plus the tot’s first meeting with Santa alongside her two older brothers.

“Magic #firstchristmas #christmastree,” she captioned the post, followed by an array of well wishes from celeb pals and fans.