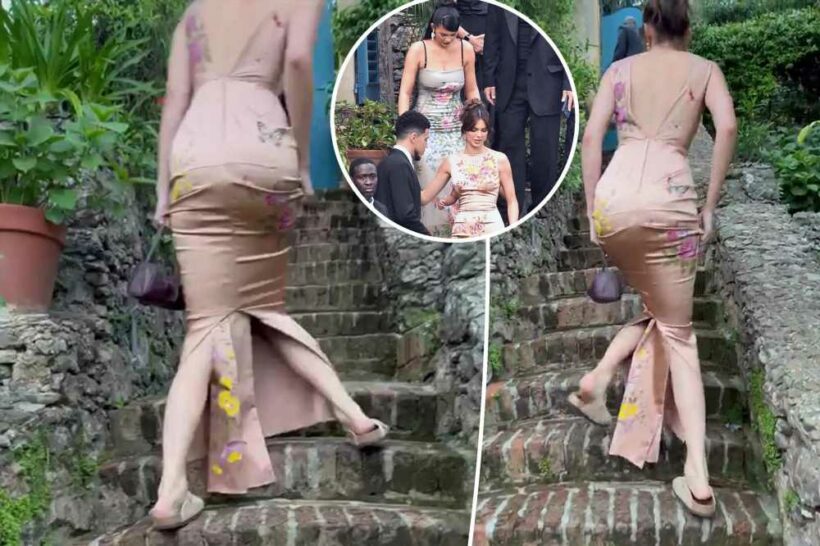 Kourtney Kardashian marries Travis Barker in another wedding in Italy

Kendall Jenner’s dolce vita hit a snag when she struggled to walk up a set of old brick stairs in Italy.

Her sister Kylie Jenner shared a hilarious video of the model slowly waddling up the stairs in a skintight Dolce & Gabbana dress and cozy slippers as they made their way to Kourtney Kardashian and Travis Barker’s lavish wedding at Castello Brown.

Filmed from behind Kendall, the footage includes Kylie hysterically laughing as she says, “Oh s–t, these stairs are crazy.”

Kendall’s boyfriend, Devin Booker, was nowhere to be seen in the video, although he was in attendance at the wedding.

The Poosh founder, 43, and the Blink-182 drummer, 46, tied the knot in Portofino Sunday after welcoming family and friends to the resort town days earlier. 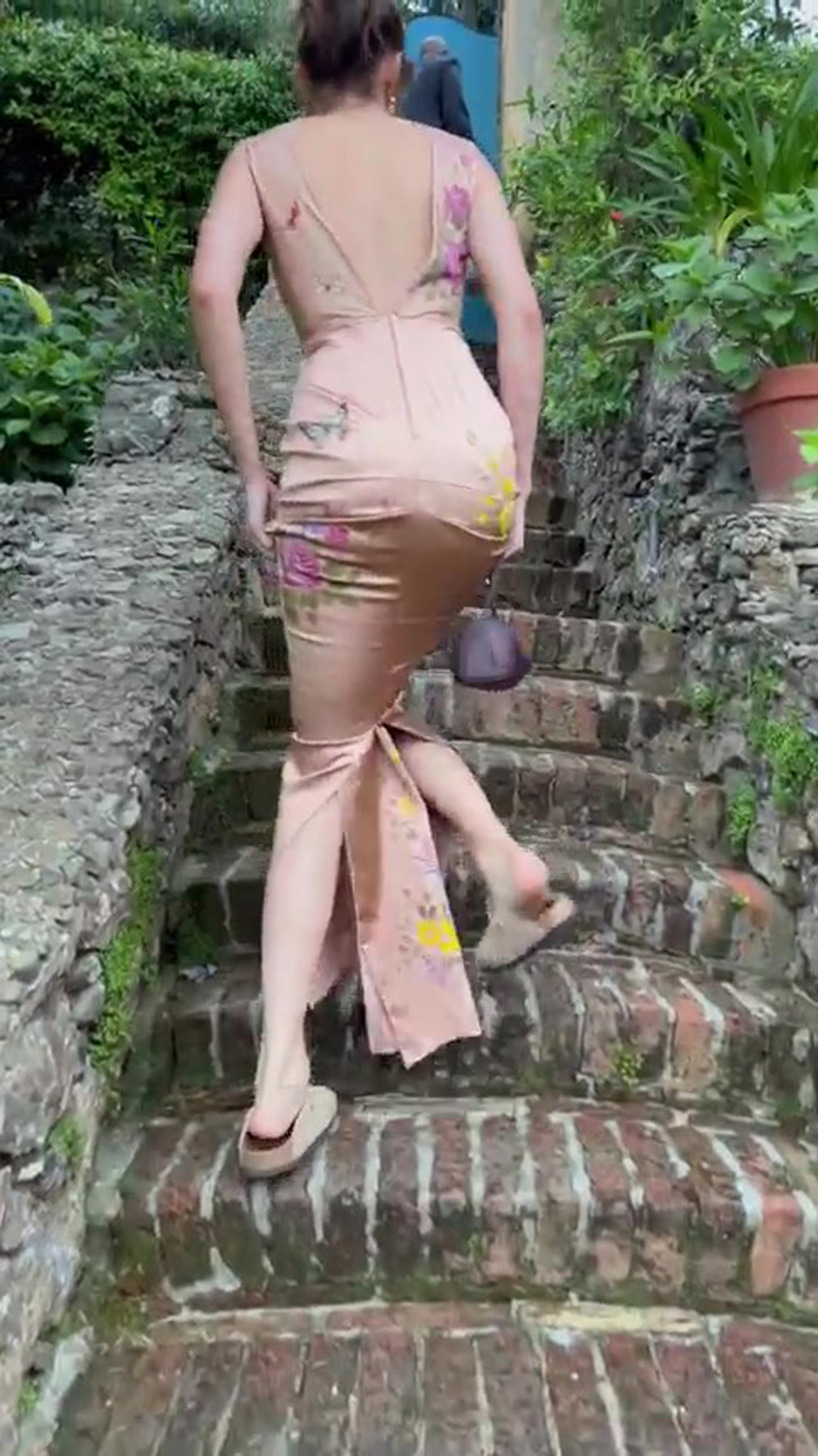 The powerhouse family kicked off the festivities with a pre-wedding lunch and rehearsal dinner, with Khloé Kardashian sharing snaps of the former event’s gorgeous blue-and-white table scape featuring white and yellow flowers and fresh lemons.

The wedding weekend ended with a blowout bash that included Machine Gun Kelly, Megan Fox, Mark Hoppus and more celebrities. The bride, who changed out of her Dolce & Gabbana mini wedding dress and into a black number and a “Mrs. Barker” jacket for the reception, was also filmed dancing to Beyoncé’s “Crazy in Love.” 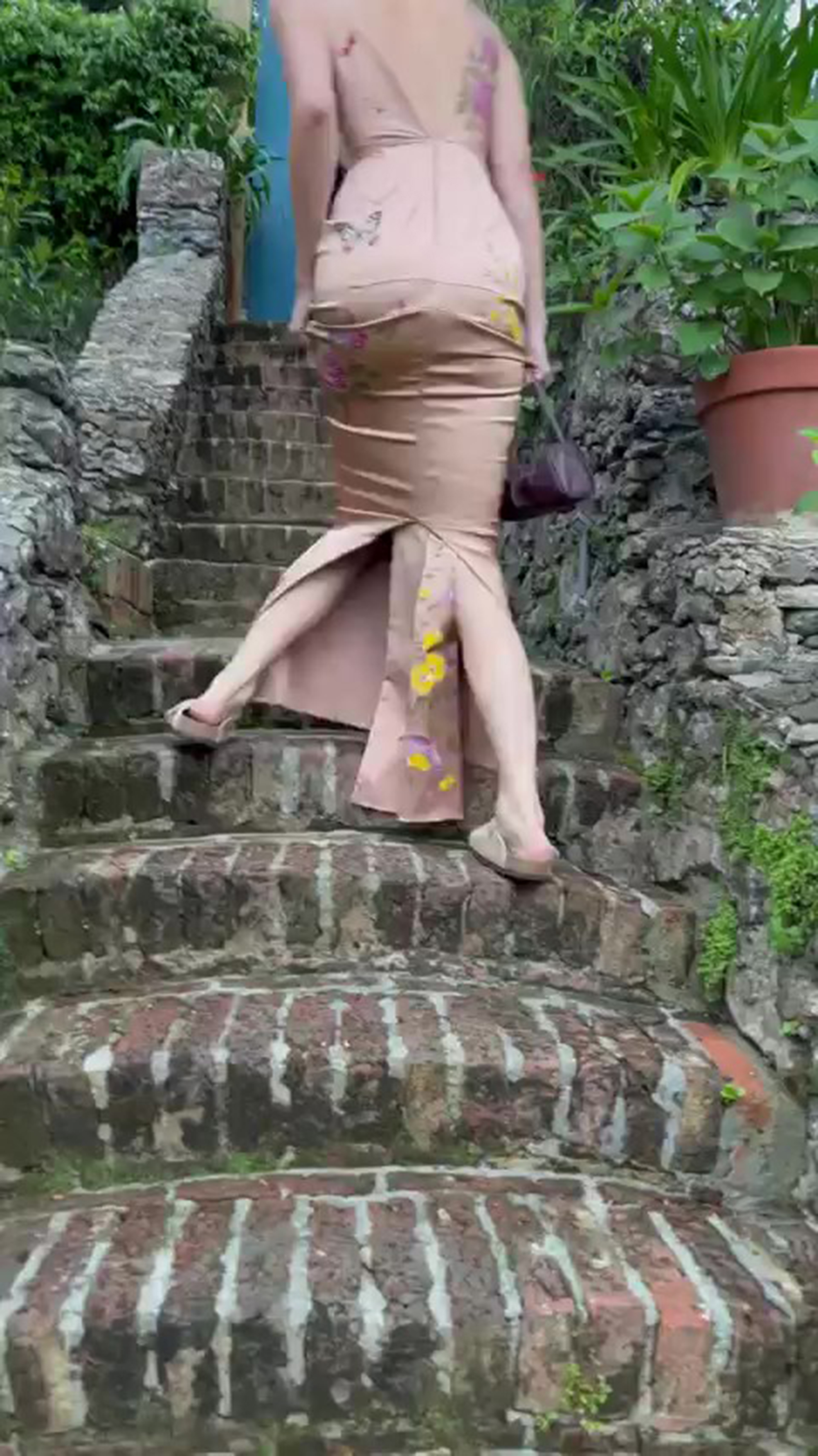 Barker’s son, Landon, 18, and his former stepdaughter, Atiana, 23, also shared videos getting their groove on before Cassidy closed his set with Etta James’ “At Last.” 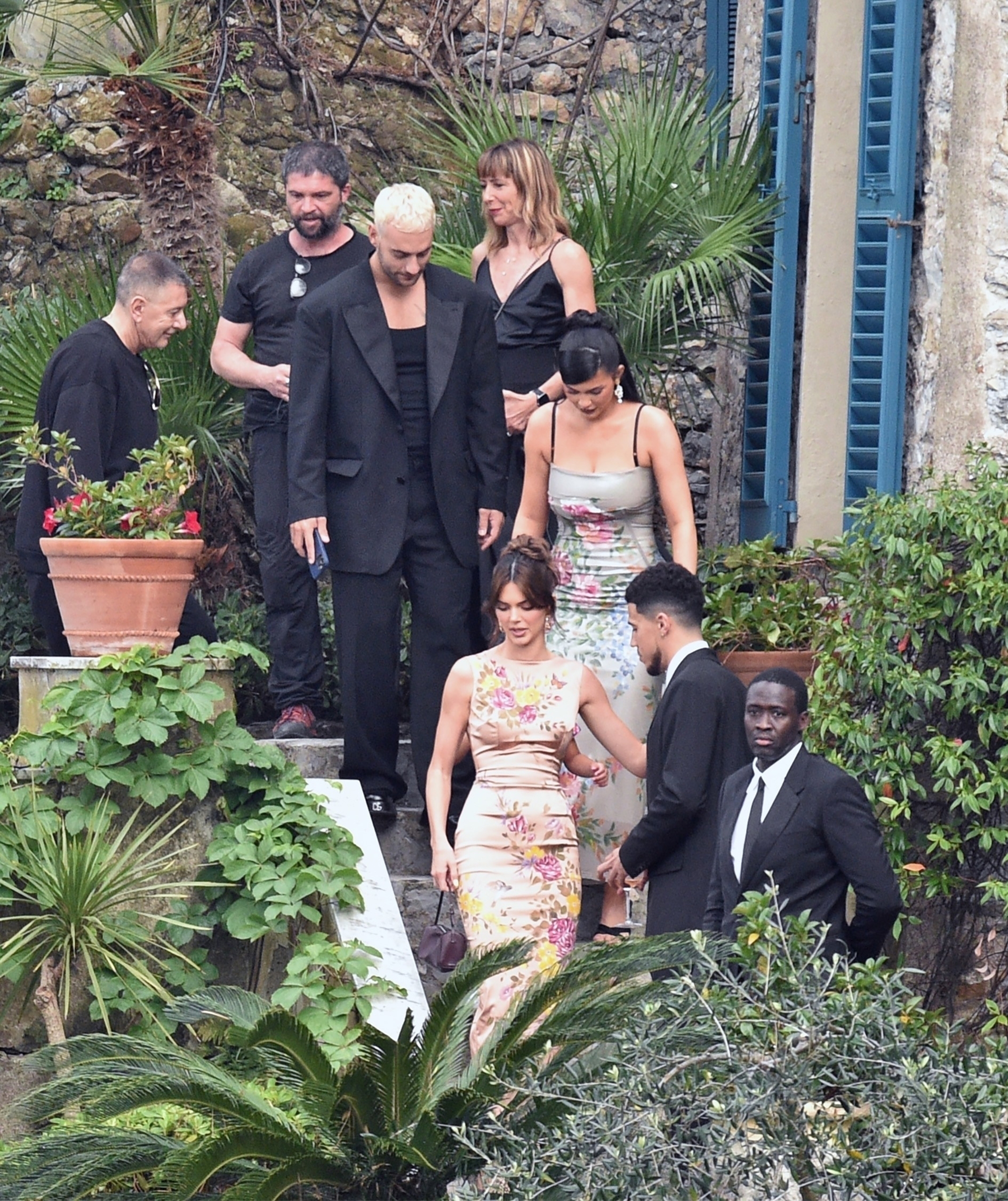 “This is our dance,” Kourtney gushed when the romantic ballad began. She and the drummer swayed while their guests stood around them.