Best star snaps of the week: The furry and the famous

Kevin Bacon and Kyra Sedgwick were doing selfies before they were a thing.

The “Footloose” star shared on Instagram one of the first photos he ever took with the actress, who is now his wife of three decades.

“Hey kids in the old days cameras and phones were two different things!” Bacon, 63, captioned the throwback snap on Friday. “This was our first ‘selfie.’”

In the undated picture, Sedgwick, now 56, stunned in a black swimsuit with voluminous curls in her hair while a shirtless Bacon wrapped his arm around her.

The couple celebrated their 33rd wedding anniversary in September, which the actor marked with another sweet throwback photo.

“Here’s to dancing through life with you @kyrasedgwickofficial,” he captioned a black-and-white image of them slow dancing. “Happy anniversary. You are the reason.”

Sedgwick, for her part, previously wrote on Instagram, “Not sure how I was so smart at the clueless age of 23…. but I am eternally grateful I did one thing right!” 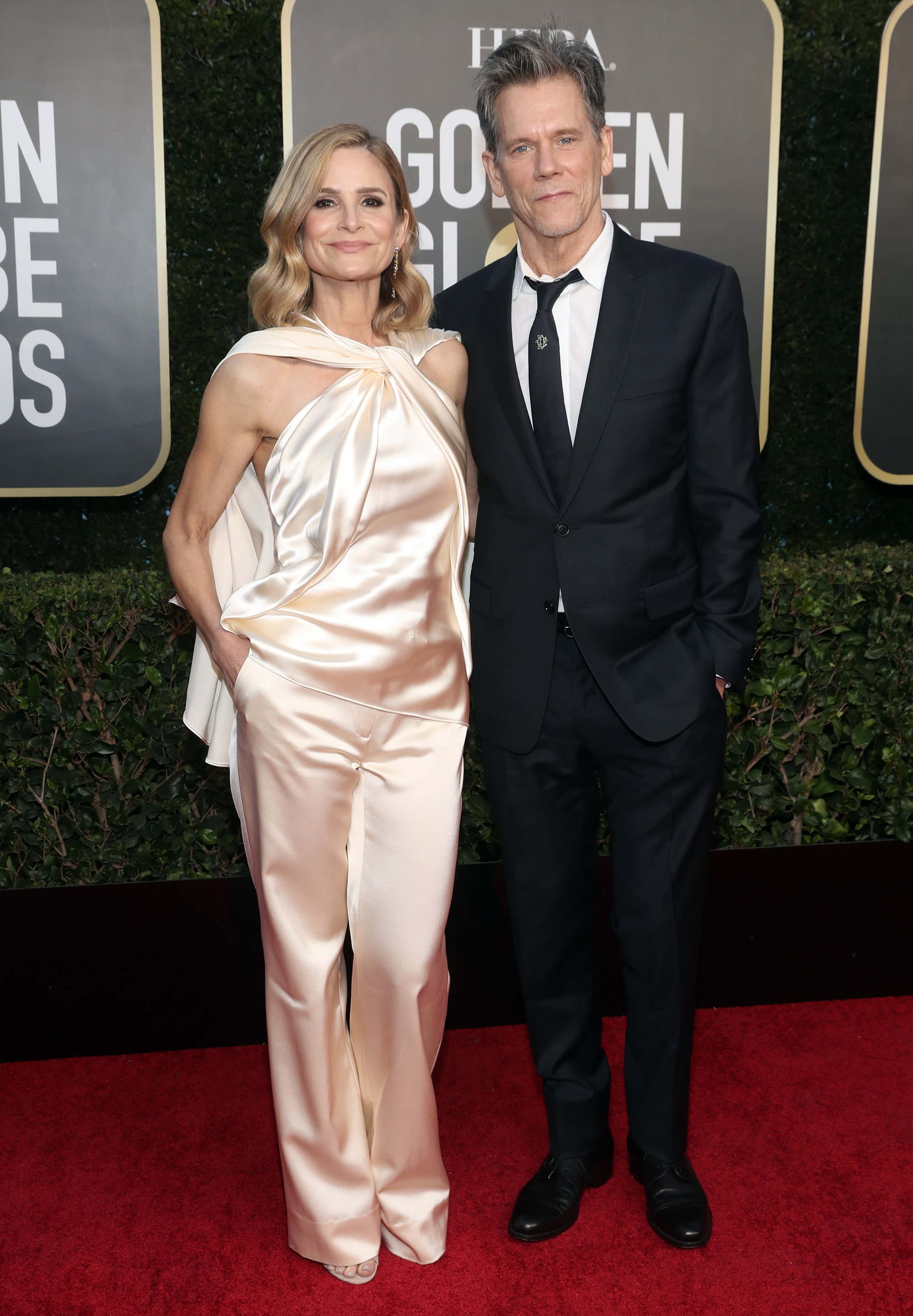 The pair met when the “Brooklyn Nine-Nine” star was just 12 years old and reconnected while filming PBS’ “Lemon Sky” in 1987. After marrying in 1988, they had two children: son Travis, 32, and daughter Sosie, 29.

When asked about the secret to their long-lasting love, Bacon told People in 2020 that he and Sedgwick aren’t “competitive” with each other.

“Kyra and I believe in each other as actors, as directors and as talent. She’s never been anything other than supportive of me,” he told the magazine.

“She doesn’t have a competitive bone in her body when it comes to me. She takes my successes as hers. I’m the same way,” he continued. “Her partnership is invaluable. I found someone I was meant to be with.”