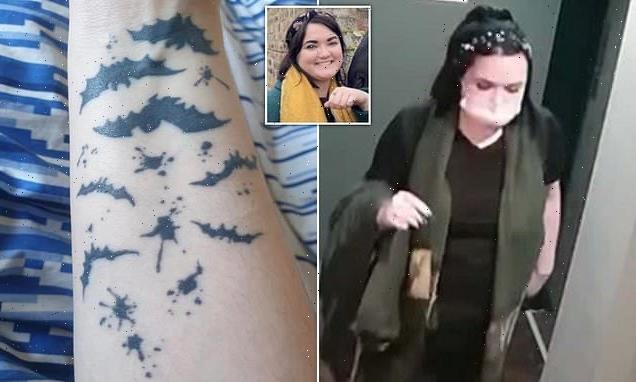 Desperate family of missing woman, 28, who has not been seen since New Year’s Day issue picture of her distinctive bat tattoo in bid to find her

The desperate family of a woman who has been missing since New Year’s Day have issued a picture of her distinctive bat tattoo in the hope it will aid ongoing efforts to find her.

Alice Byrne, 28, was last seen leaving a friend’s flat in Marlborough Street in Portobello, Edinburgh, between 8am and 10am on January 1.

Police drones, specialist services and officers from Police Scotland’s Marine Unit have all been involved in the search since her ‘out of character’ disappearance nine days ago.

A Facebook group dedicated to finding her has also attracted thousands of members in just a matter of days.

A member of the group shared a close-up of Alice’s distinctive bat tattoo on Monday in the hope it will rejig the memory of anyone who may have seen her.

The tattoo, on her left wrist, shows several bats and splatters that have been drawn in the style of an ‘inkblot’ test.

Posting the picture online, Andrea Fraser said: ‘Sharing with the permission of family.

‘Some of you will have seen the description and reproduced print of Alice’s distinctive bat tattoo. Here is a close up photo of Alice’s actual tattoo. 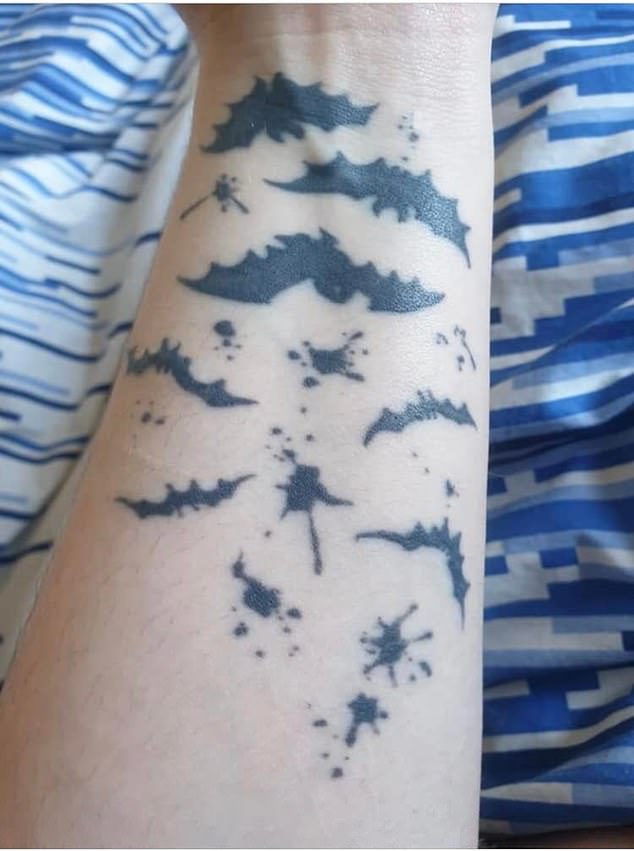 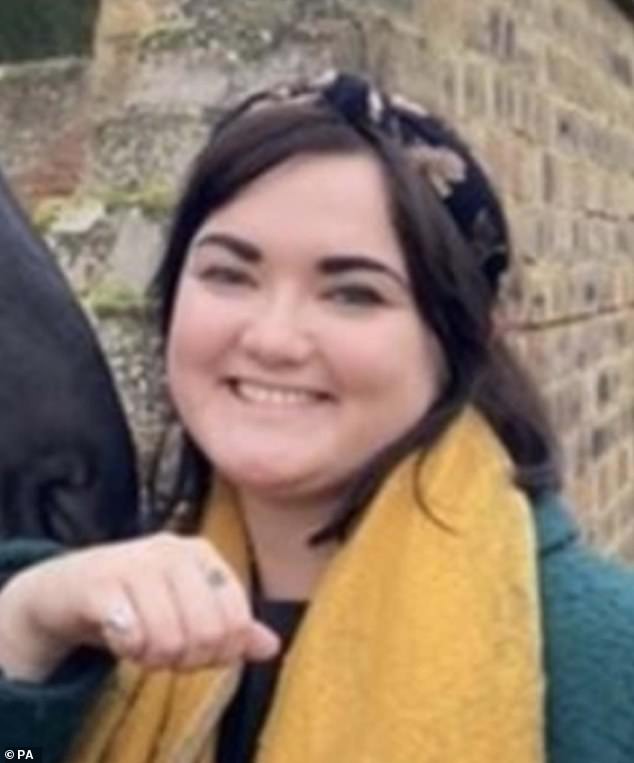 Ms Byrne (pictured), 28, was last seen leaving a friend’s flat in Marlborough Street in Portobello, Edinburgh, between 8am and 10am on New Year’s Day

Alice has been described as white, around 5ft 6ins in height and of medium build with short black hair.

She was last seen wearing a long black top with black jeans that were ripped at the knee alongside white trainers. She was also carrying a black rucksack.

However, 10 days on there have been no reported sightings.

The Facebook page set up to aid efforts to find her currently has more than 3,600 members.

Edinburgh local Rich Howells released a statement on behalf of the family on Sunday in which they said were ‘astounded’ by the support.

It said: ‘We’re astounded by the response we have received and really do feel supported by the community.

‘We also wanted to reiterate our confidence in the police.

‘They’ve been thorough and are doing way, way more in the background than people see. Thank you for everything you are all doing to #FindAliceByrne x’

The family has previously said it is ‘shocked and distressed’ regarding Alice’s disappearance.

Local residents had attempted to organise a community search of Portobello and its surrounding areas, but these were cancelled at the request of police

Alice’s twin brother, Bruno Byrne, posted on social media that these searches were called off due to specialised police teams conducting searches and to avoid compromising useful evidence.

Last week, he said believed his sister was heading to a beach party at Portobello the day she went missing. 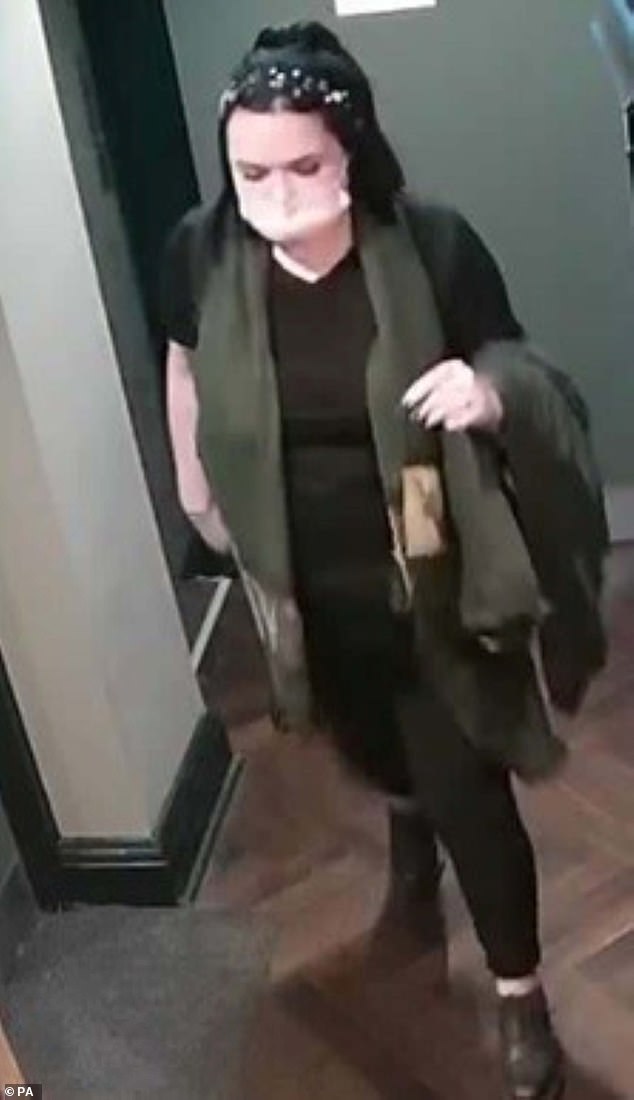 Alice (pictured on CCTV) has been described as white, around 5ft 6ins in height and of medium build, with short black hair

Police Scotland Chief Inspector Kieran Dougal said on Saturday: ‘As time passes we have become increasingly concerned for her wellbeing and safety.

‘We continue to appeal to anyone who was in the Portobello area at that time who may have dashcam footage to check devices and call if you have any sightings of Alice.

‘We are aware that the beach and promenade area was busy on New Year’s morning so appeal to anyone to review photos and call if they have any information that may assist in tracing Alice.’

Police Scotland are urging the public to contact the force on 101 with any information regarding her disappearance quoting the correct incident number – 0647 of January 2.