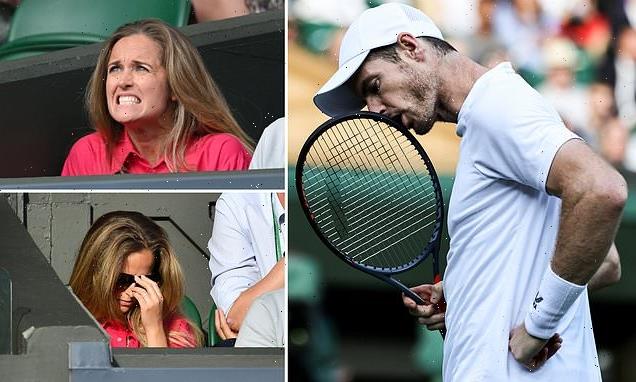 Pain set and match: Kim Murray can’t hide her feelings as she watches husband Andy crash out of Wimbledon in Round Two

It was a difficult day for British tennis fans as they watched two-time Wimbledon champion Andy Murray crash out in round two – his earliest exit from the tournament ever – but none found it more stressful to watch than his long-suffering wife Kim.

The 34-year-old, his teenage sweetheart and wife of seven years, has been a regular feature through the highs and lows of Sir Andy’s career, often commanding attention with her passionate gesturing while cheering him on from the player’s box.

And last night was no different as Mrs Murray donned a statement pink shirt with a pair of jeans and stylish sunglasses to sit courtside at the London-based tennis competition.

Adding a touch of glitz to her courtside ensemble, she wore a stunning collection of jewellery – including a silver bracelet.

She kept her glossy hair in loose curls and added a smattering of glamorous makeup to her features to finish her look.

Husband Andy was seen losing his composure as he struggled to cope with American John Isner’s huge serve and he crashed out of the tournament losing 4-6, 6-7, 7-6, 4-6.

Kim, whose facial expressions have been popular with fans over the years, looked visibly pained as Andy went two sets down before snatching one back, sparking excitement in his wife of seven years.

But it was short-lived as he was broken in the fourth and defeated by Isner resulting in the earliest exist from the tournament in his career. 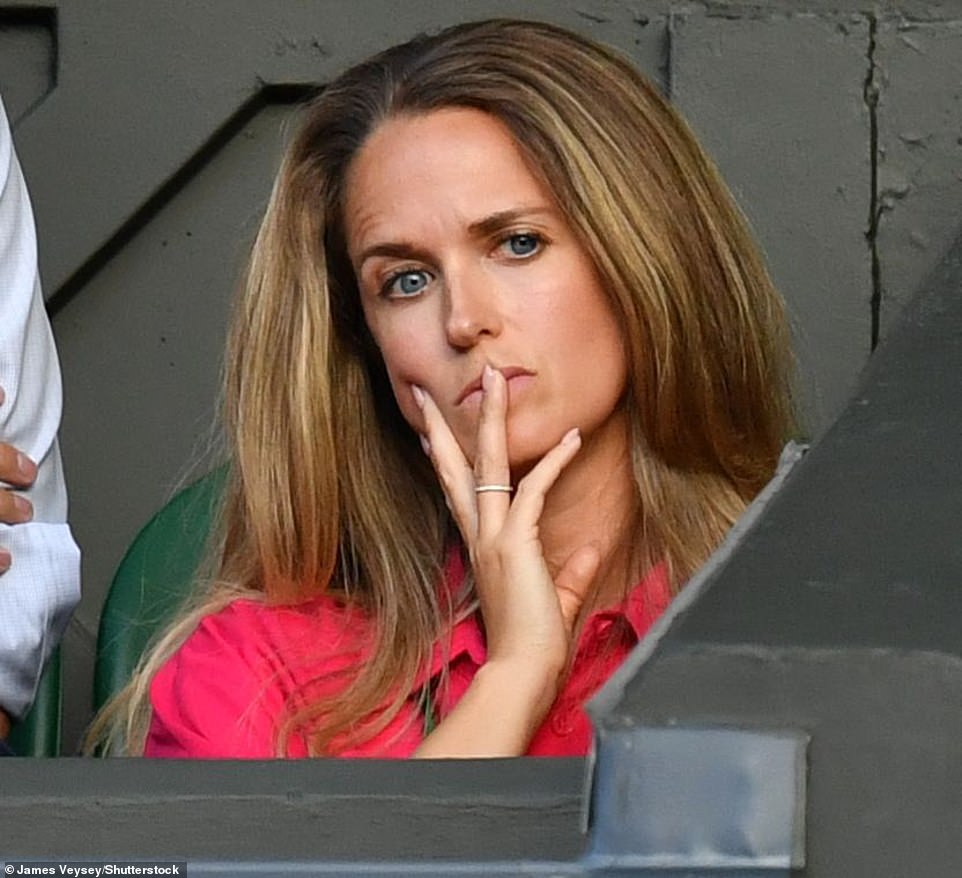 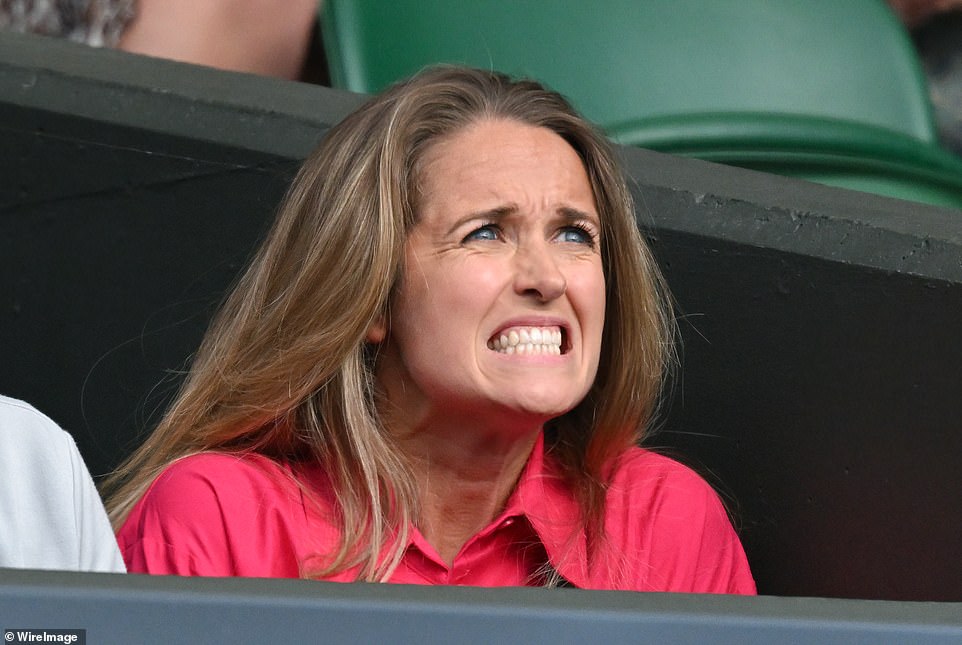 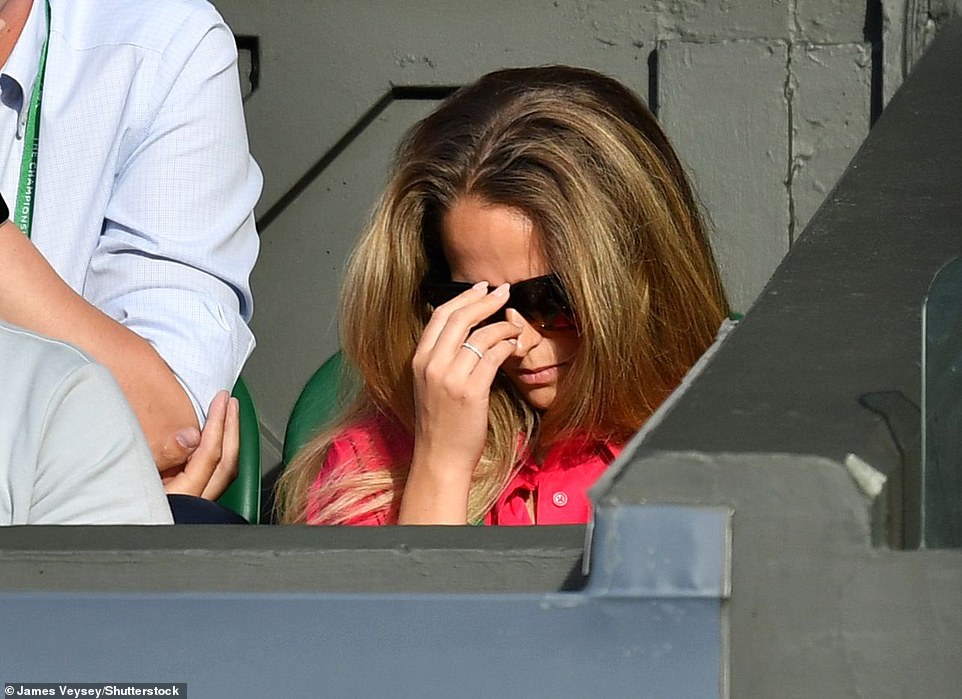 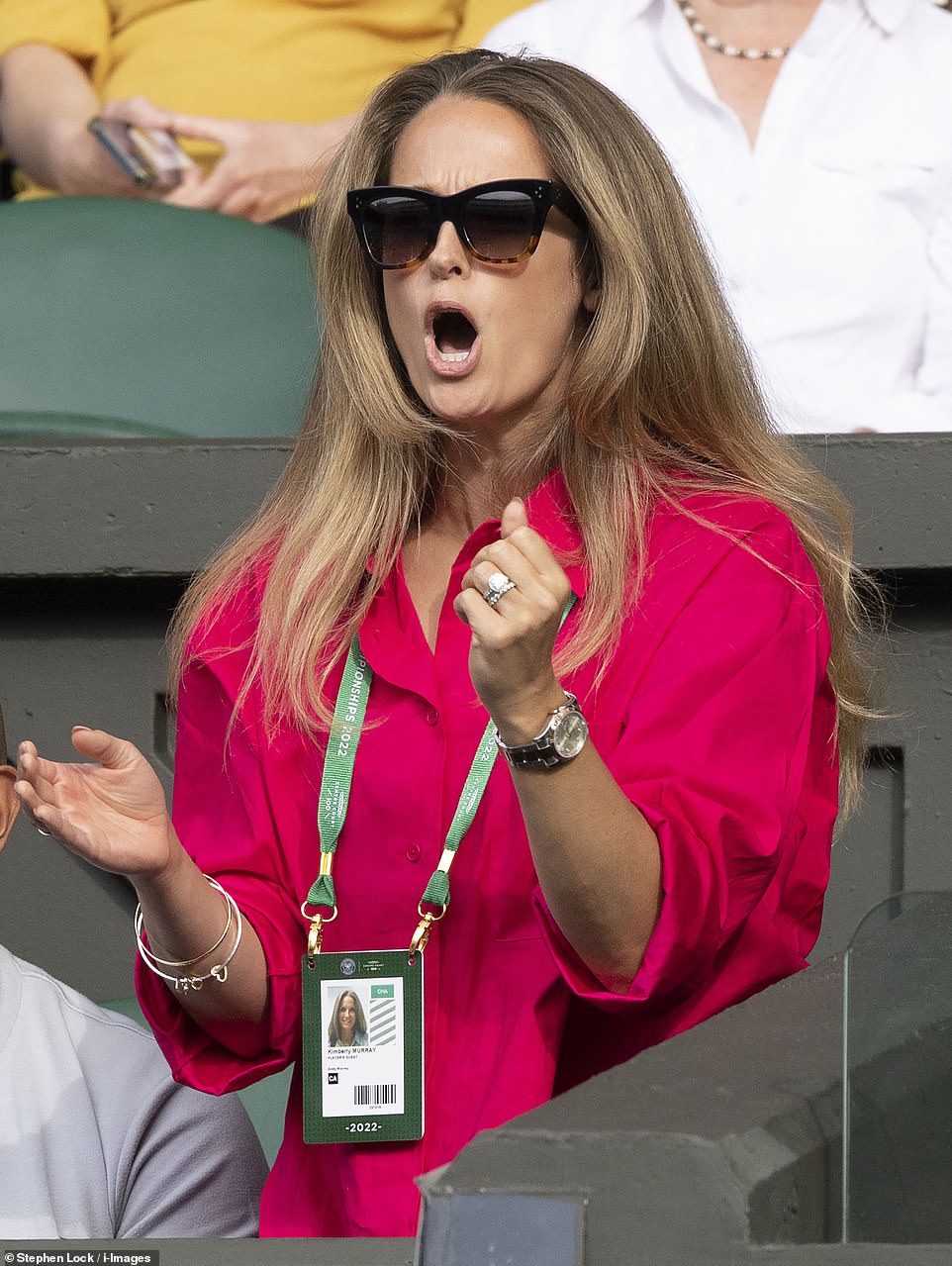 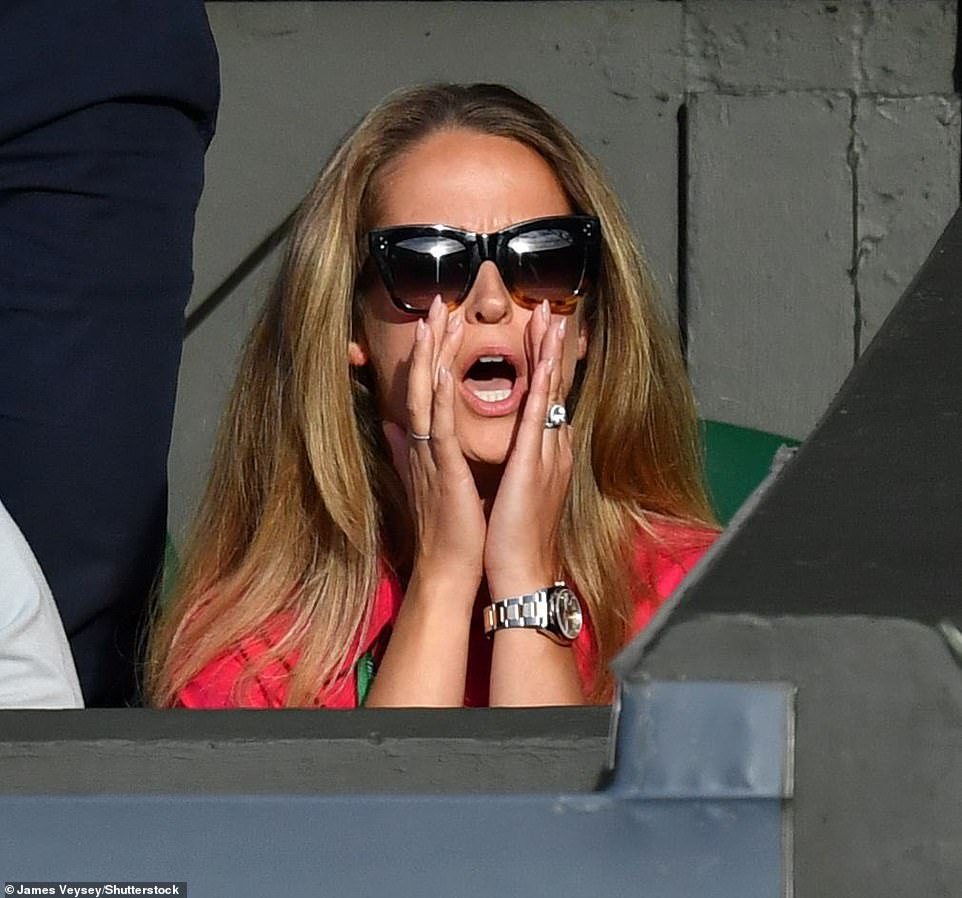 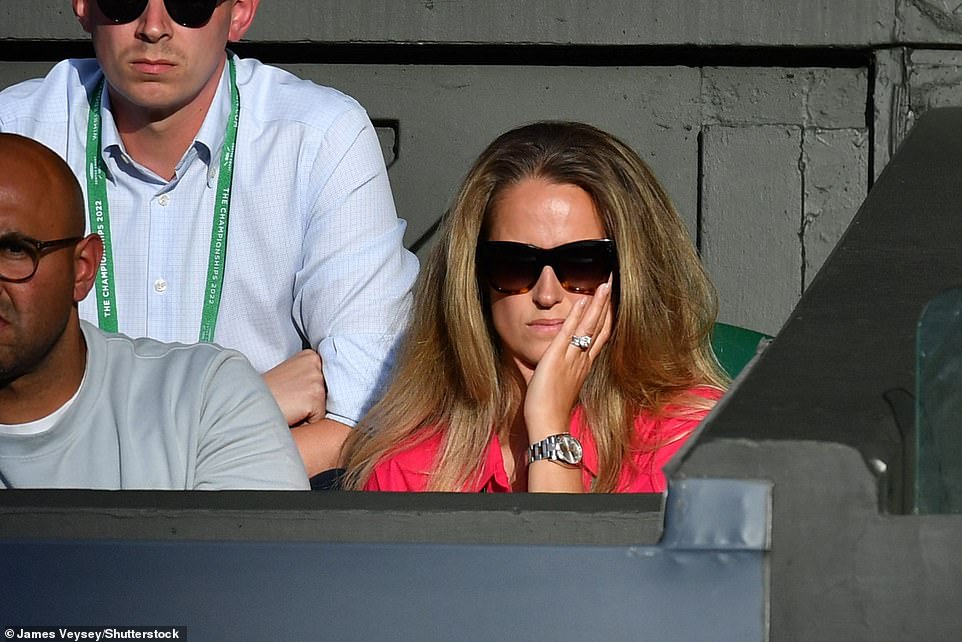 Often highlighted for her varying facial expressions throughout Murray’s matches, Kim was clearly deflated by her husband’s struggles on court.

Despite the scoreline, only a few lapses cost Murray the match with two of the four sets going to tiebreakers, resulting in agonising viewing for fans and Kim alike.

The former world number one remains convinced he can still challenge at the grand slams despite the earliest Wimbledon exit of his career but admitted he cannot offer any guarantees.

The two-time Wimbledon champion said: ‘Has my opinion changed based on tonight’s match? No.

‘I think most of the players on the tour would tell you that a match like that was won or lost based on a few points here and there. I didn’t play well enough on those points tonight.

‘I certainly didn’t serve well enough at the beginning of the match, which I think is understandable. Look, he’s a difficult opponent to play against.

‘Tonight’s match, I don’t see why it should change that view really.’

Murray, who made his Wimbledon debut in 2005, wants to return to the scene of his greatest triumphs next year.

But he added: ‘It depends on how I am physically. If physically I feel good, then we’ll try to keep playing.

‘But it’s extremely difficult with the problems I’ve had with my body in the last few years to make long-term predictions about how I’m going to be even in a few weeks’ time, never mind in a year’s time. 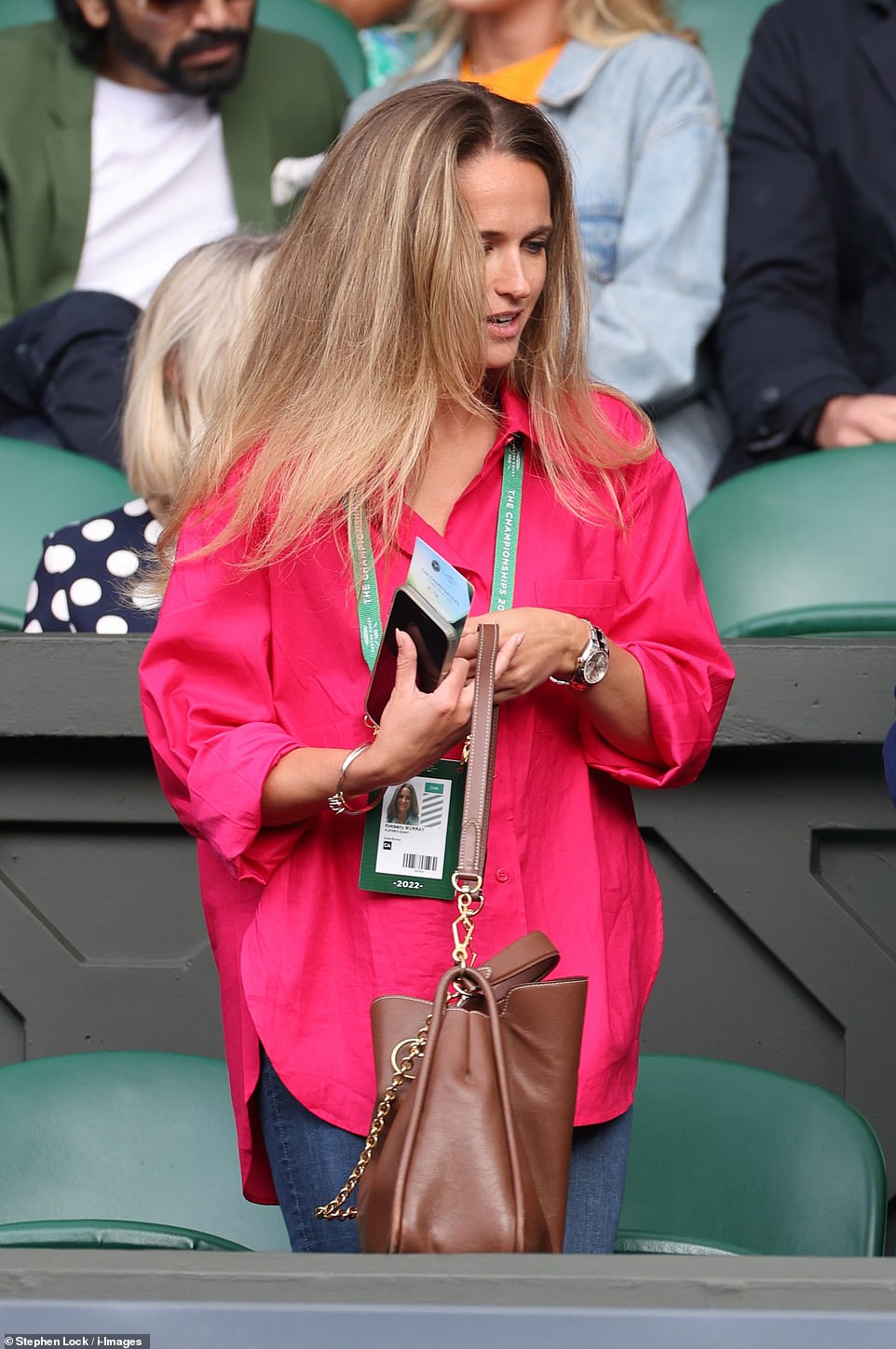 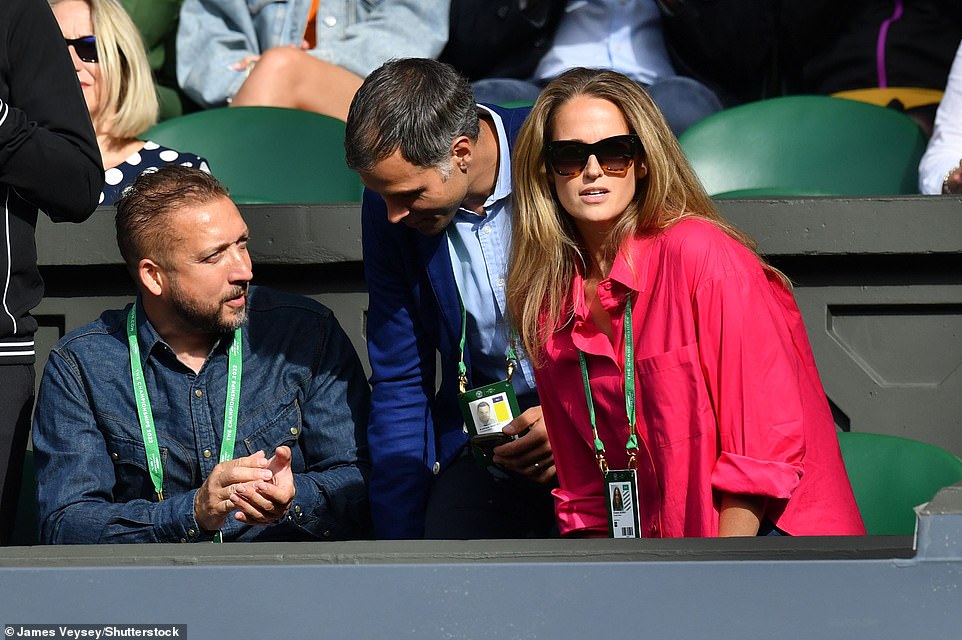 ‘If physically I’m in a good place, yeah, I will continue to play. But it’s not easy to keep my body in optimal condition to compete at the highest level.’

Ahead of the tournament, Murray spoke about how supportive Kim had been through his injury woes and when he was at his lowest before his career-saving hip surgery.

In an interview with the Times, the two-time champion opened up about the unwavering support from his family – particularly his wife Kim – when he was ‘left in a bad place’ due to injuries.

‘When I was in a pretty bad place, I wouldn’t have been that pleasant to be around,’ he explained. ‘At the time, I probably didn’t realise how low I was. But the pain in my hip was consuming all my thoughts.’

Of his wife, Andy added: ‘I was doing everything I could to make it better and it wasn’t improving. Kim has been a huge support for me in my difficult moments.’

Yesterday, when Kim appeared at Wimbledon, she showed her support for Dame Deborah James by wearing one of the bowel cancer campaigner’s ‘Rebellious Hope’ T-shirts to the event.

She donned a white version of the top which was recently launched by retailer In The Style in collaboration with Dame Deborah, who sadly lost her five-year battle with bowel cancer yesterday. 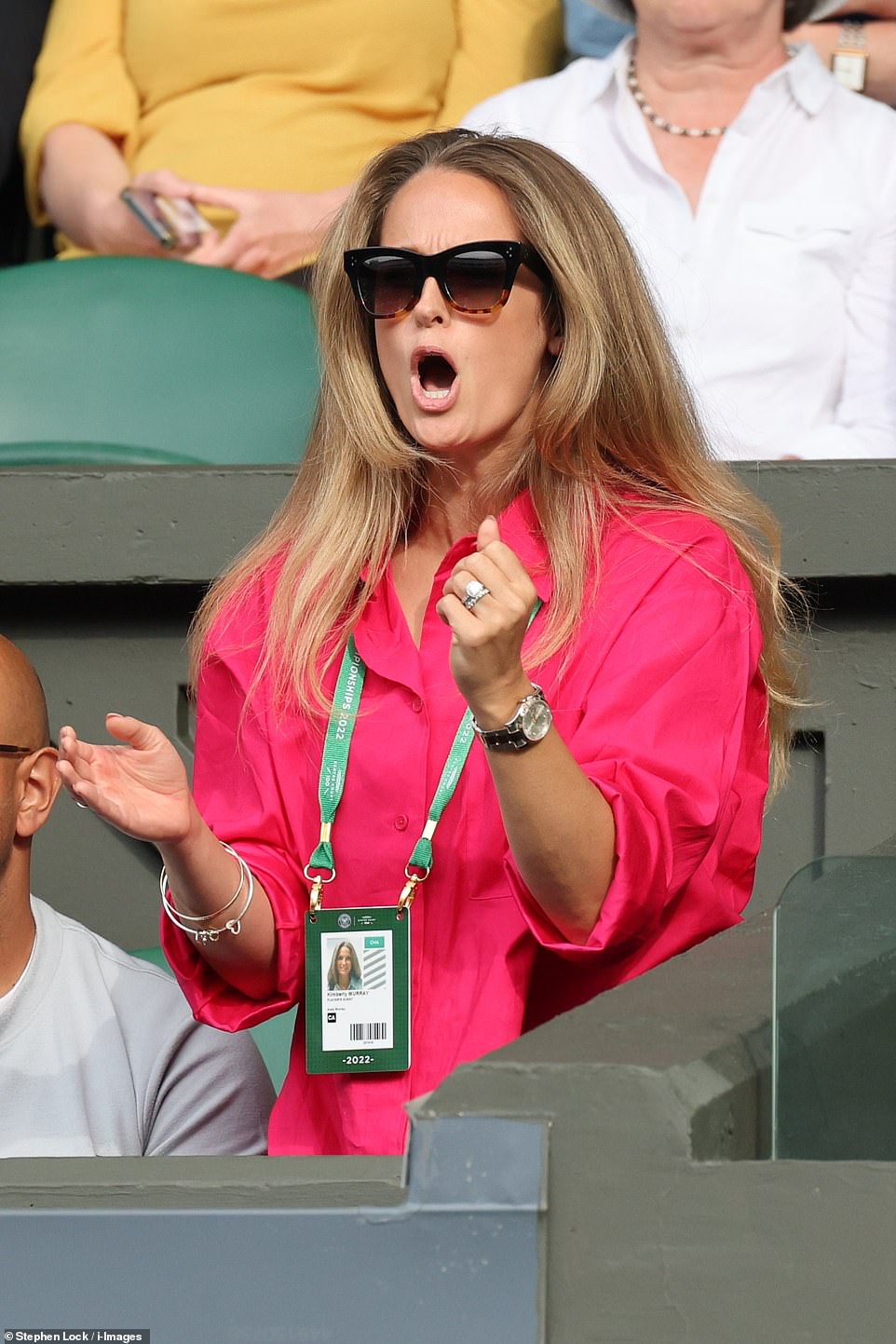 Kim and Andy share four children: Edie, Sophie, Teddy, and a one-year-old daughter whose name has not been made public 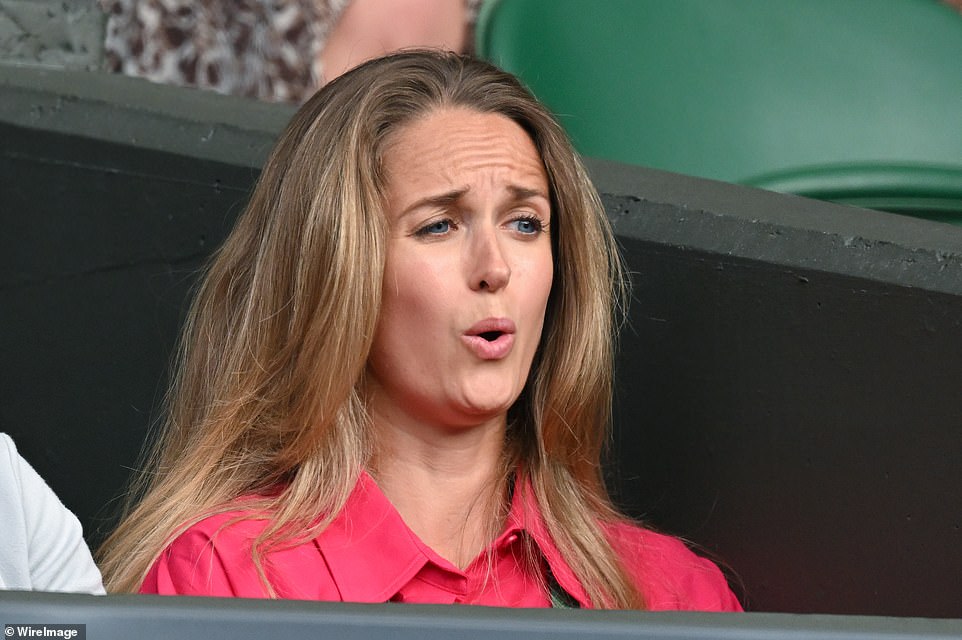 The couple share four children: Edie, Sophie, Teddy, and a one-year-old daughter whose name has not been made public

Andy and Kim, who started dating in 2005, have been married for seven years following their Dunblane wedding in April 2015.

The couple share four children: Edie, Sophie, Teddy, and a one-year-old daughter whose name has not been made public.

They prefer to stay out of the spotlight and rarely attend celebrity parties, although Kim does make an exception for Wimbledon.