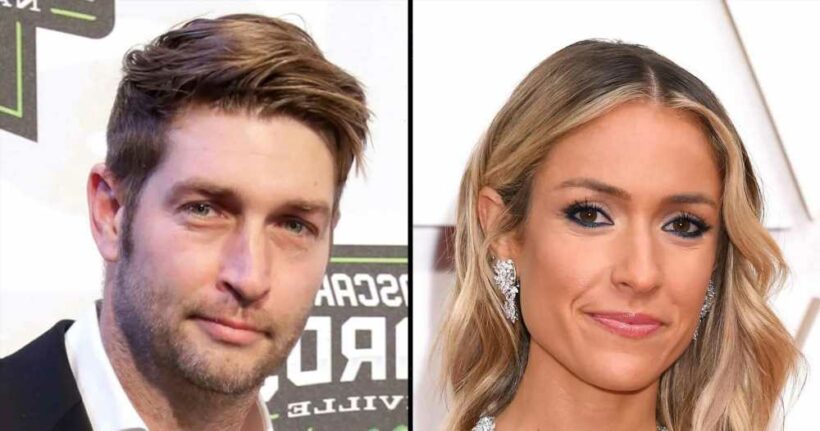 Giving it another try? Not so fast. While reflecting on her decision to call it quits with Jay Cutler, Kristin Cavallari revealed that the split was “the brightest and the saddest” part of her life.

“It’s probably the best decision I’ve ever made but it’s had really sad moments. There’s been times over the last 18 months where I’m like, ‘Is this the right decision?’” Cavallari, 34, told Kaitlyn Bristowe on her “Off the Vine” podcast on Tuesday, October 19.

Cavallari revealed that the estranged pair ended up trying to make things work one more time after initially going their separate ways in April 2020.

Although the entire divorce experience has been “such a roller-coaster” for Cavallari, going out with her estranged husband, 38, helped her realize she needed to move on.

“The thing with Jay is, we aren’t getting our divorce because of love lost, which made it really challenging because we were crazy about each other,” she noted. “And so I just decided I didn’t want to be in a toxic relationship anymore and I had to break it off.”

The Laguna Beach alum admitted that she questioned whether she was making the right choice to part ways with the athlete.

“But then going back and dating him a little bit made me reaffirm it, like, ‘No, I know that I’m doing the right decision,’” she added on Tuesday.

Cavallari, who shares son Camden, 9, son Jaxon, 7 and daughter Saylor, 5, with her ex, shared that her kids played a major role in her decision to end her marriage.

Kristin Cavallari and Jay Cutler’s Messy Split: Everything We Know

“I come from divorced parents and I was, like, I didn’t want my kids growing up thinking this is a good relationship,” the Uncommon James founder explained. “I got to see my mom remarried and be in a good relationship, so I knew what one was. I wanted my kids to see me happy.”

Ending the relationship also taught Cavallari, who was briefly linked to Chase Rice and Jeff Dye post-split, something important as she transitioned back into the dating scene.

“There’s a very specific type of guy that I’ve been attracting lately. A narcissist,” she added. “So I’m, like, ‘OK I am breaking this f–king cycle. What is this?’”

Cavallari and Cutler announced their divorce in April 2020 via Instagram: “We have nothing but love and respect for one another and are deeply grateful for the years shared, memories made, and the children we are so proud of. This is just the situation of two people growing apart.”

Since then, Cutler has also opened up about his experience trying to date someone new.

“It’s hard as hell really,” the former Chicago Bears quarterback said on his podcast, “Uncut With Jay Cutler,” in August. “Meeting people is hard. I think finding out what people really want from you, I think that’s probably an issue.”

The former football player, who was recently linked to Jana Kramer, explained that being a father has shifted his priorities when it comes to finding someone to bring into his life.

“I’m at a different phase of my life now with kids,” he said at the time. “It isn’t just a purely selfish play by my part.”