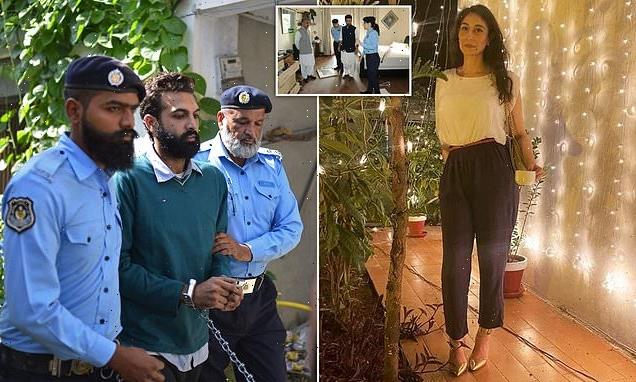 US man, 30, accused of raping and beheading Pakistan ambassador’s daughter after torturing her with a knuckle duster when she refused to marry him faces death penalty as he goes on trial in Islamabad

A Pakistani-American man has gone on trial accused of raping and beheading his Pakistani girlfriend, who was the daughter of a former diplomat.

Zahir Jaffer, 30, who was born to a prominent family of wealthy Pakistani industrialists, is accused of torturing and killing Noor Mukadam, 27, on July 20.

Mukadam was found dead in a blood-spattered room of Jaffer’s home in the posh F-7/4 neighbourhood of Islamabad that evening, and he was arrested at the scene.

Police say Jaffer was wearing blood-covered clothes and carrying a knife which they believe was used to kill and behead her. He denies guilt.

Pakistani law allows the death penalty as a punishment in murder cases, though prosecutors have not said whether they will call for it. Mukadam’s parents have said they want a death sentence to be imposed. 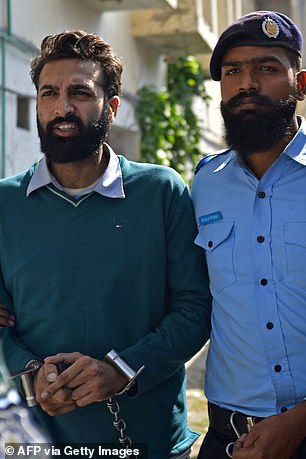 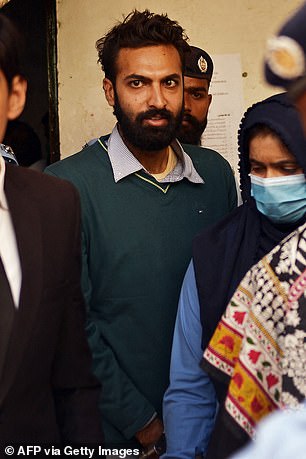 Zahir Jaffer, 30, the son of a wealthy Pakistani industrialist, has appeared in court charged with the rape, torture and murder of Noor Mukadam 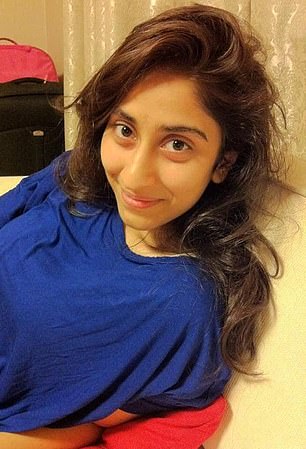 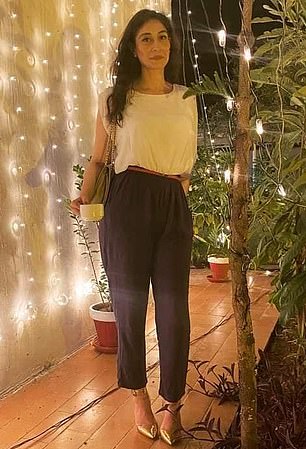 Noor Mukadam, 27, the daughter of a Pakistani ambassador, was found dead in a blood-spattered room of Jaffer’s Islamabad home on July 20

Officers later seized knuckledusters which they alleged were used to torture Mukadam before she was killed, and a pistol.

Police initially said the gun was used in the murder, but prosecutors later backtracked on that claim.

Lawyers claim that Jaffer murdered Mukadam after she refused his marriage proposal and tried repeatedly to flee his sprawling mansion.

Police believe Jaffer may have kept Mukadam hostage for up to two days before killing her, Pakistan’s Tribune newspaper reported.

Jaffer has joint American-Pakistani citizenship, though it is unclear what his connection to the US is. He also spent time in the UK, where it is thought he is wanted on suspicion of assault.

Jaffer was brought to court in 2015 accused of assault and granted bail, according to records seen by the Nation newspaper, and was granted bail.

Also charged is Jaffer’s father, Zakir, who is accused of trying to help his son cover up the murder by sending employees to help get rid of the body.

Jaffer’s mother, Asmat, and members of their household staff are also charged in the case – accused of failing to inform police after being asked to help conceal evidence.

‘Mukadam’s life could have been saved had the accomplices acted otherwise,’ a police report presented at an earlier hearing said.

Jaffer was pictured being led into court Wednesday for the first day of the trial.

Unlike at previous court appearances where he was unkempt with long hair, Jaffer appeared well-groomed and wore a smart jumper and shirt – along with handcuffs.

It comes following controversy about supposed ‘preferential treatment’ Jaffer has received behind bars, including home-cooked meals and frequent visits.

The murder drew attracted national attention to Pakistan’s record on violence and sex attacks against women, including calls for reform.

Prime Minister Imran Khan has said he is watching the case closely and expects no leniency to be shown to Mukadam’s killer.

According to a government survey conducted between 2017-18, 28 per cent of women aged 15-49 have experienced physical violence in Pakistan.

However, experts believe the true figure is far higher because the stigma of being abused leads many crimes to go unreported.

The murder of Mukadam, whose father served as Pakistan’s ambassador to South Korea and Kazakhstan, is one of the most high-profile cases of violence against women since the government introduced new legislation designed to speed up justice for rape victims.

It is typical for court cases to drag on for years in Pakistan, but prosecutor Khawar said he expected the trial to be concluded within eight weeks. 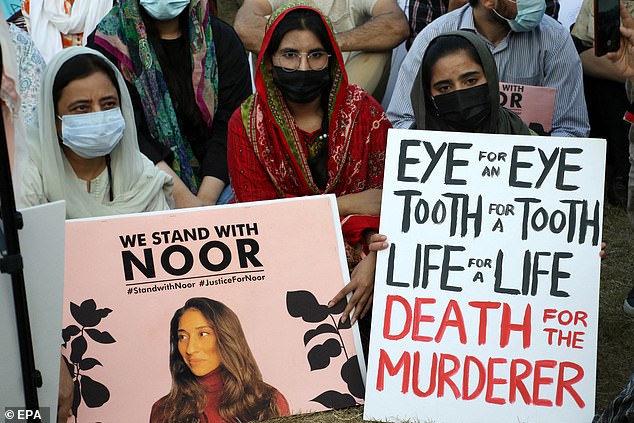 The case sparked protests across Pakistan with calls for reform of the justice system, as well as the death penalty for Jaffer 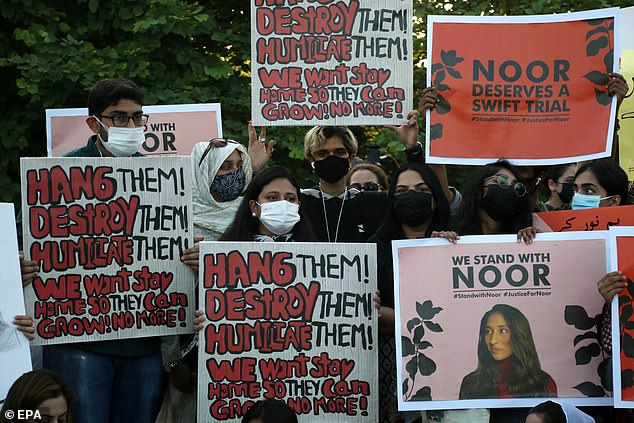 Violence against women and sexual attacks are thought to be common in Pakistan, though little reliable data exists because most experts believe crimes go unreported