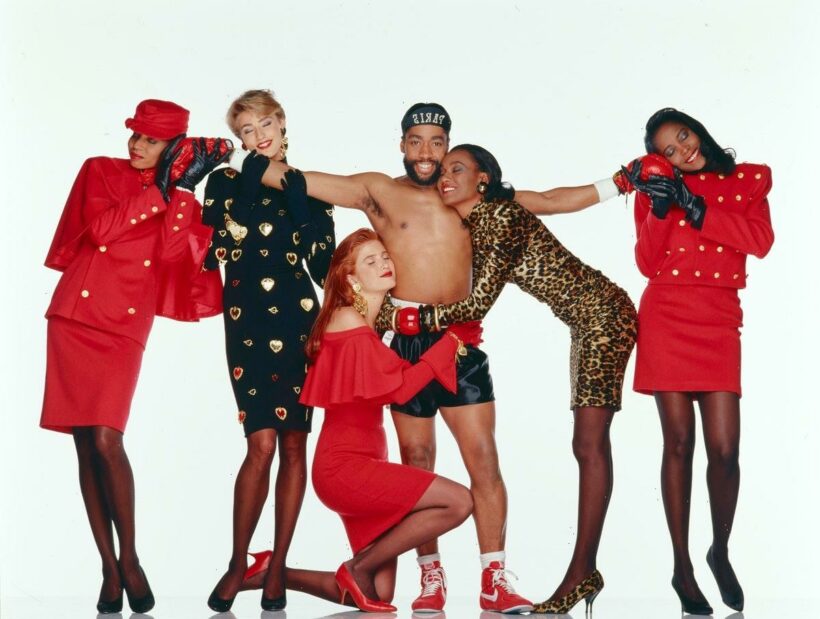 A new exhibition at the DeYoung Museum in San Francisco pays homage to Kelly, whose garments were favored by the likes of Grace Jones and Pat Cleveland. 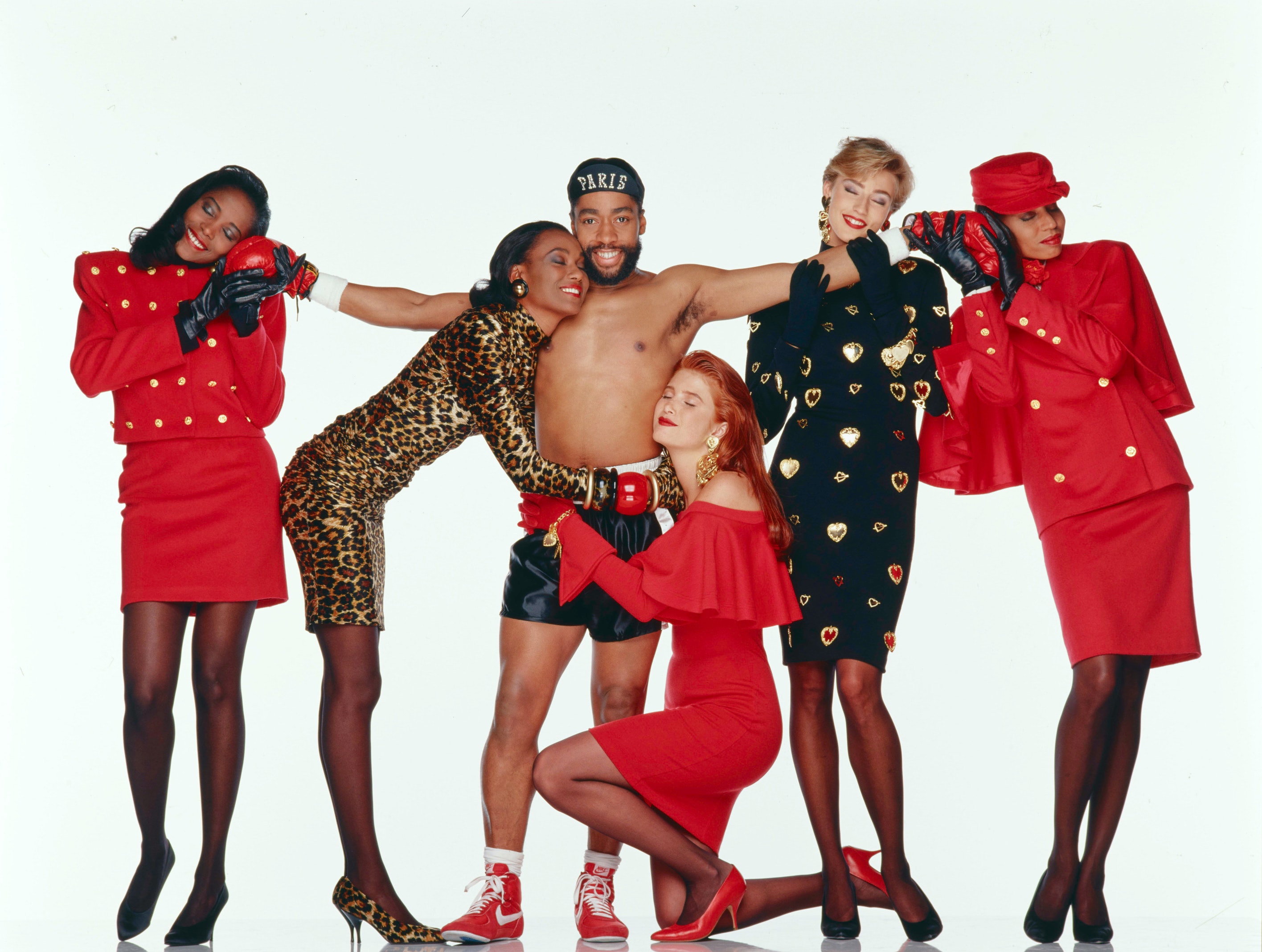 As a child, my Saturday morning rituals consisted of cartoons, hot combs, laundry, and Soul Train; somewhere amid the chaos of chores and the requisite entertainment required to sustain the work, I would catch glimpses of Style with Elsa Klensch. In hopes of emulating my own chic mother’s fashion sense, I’d study the designers and models featured on CNN’s weekly show. This is where I first saw the American fashion designer Patrick Kelly. I was initially struck by his runway shows, which actually looked fun—the models sashayed, skipped, and twirled in his clothing, turning the catwalk into a party. Most importantly, the majority of his models were Black, and as a height-challenged teen with dreams of becoming a model, seeing Black women command the runway and magazines in his designs created a seismic shift in me. I wanted to be a part of Patrick Kelly’s universe.

Now, visitors of the De Young Museum in San Francisco will have an opportunity to explore that universe, through the new exhibition Patrick Kelly: Runway of Love. On view from October 23 to April 2022, the traveling show features original designs, personal artifacts, and other ephemera from Kelly’s life, in addition to seventy-nine fully accessorized ensembles. The West Coast presentation of this exhibition, which originated at the Philadelphia Museum of Art in 2014, is a comprehensive collection depicting Kelly’s childhood growing up in the South, his experiences as a Black man, his involvement in the club and gay cultural scenes in New York and Paris, and his muses from fashion, art, and Black history.

In his heyday, Kelly’s designs pushed racial and cultural boundaries—but these days, his name is rarely recognized. Back in the 1980s and ’90s, he approached design with the consummate assurance of a salesman confident in his belief that Black women needed a welcoming, egalitarian space within fashion that also celebrated joy. While his impact on inclusion in fashion is often overlooked, Runway of Love is a strong effort to expand and correct his place within the canon of fashion.

A look from Patrick Kelly’s ready-to-wear spring 1989 fashion show during the Paris Fashion Week in 1988.

Kelly, born in 1954, was known for his exuberant designs featuring body-conscious knit jersey dresses that he accessorized with big bows, hearts, and other embellishments—but none had as much visual appeal to me as his signature oversized buttons, which adorned designs worn by Grace Jones, Pat Cleveland, and an 80-plus-year-old Bette Davis.

The button was an homage to his southern roots—specifically, his grandmother Ethel B. Rainey, a maid and a seamstress who inspired the young designer coming of age in Jim Crow Mississippi, longing to see Black models represented in fashion magazines. Kelly took up design in his early teens, surrounded by a constellation of women who taught him both style and construction. His mother was a home economics teacher, and his aunt taught him how to sew—but it was his grandmother who gave him his first lesson in ingenuity. As a child, Kelly repeatedly lost buttons from his shirts; incapable of replacing them with identical ones, his grandmother redesigned his shirts using an assortment of mismatched buttons procured from her sewing basket. It was this spark of innovation that showed Kelly the power in repurposed materials.

A bra top and banana skirt, modeled by Pat Cleveland in 1986, from the Patrick Kelly: Runway of Love exhibition at the DeYoung Museum.

The designer moved from Mississippi to Atlanta in 1974, where he created window displays at the YSL Rive Gauche retail store and refined his side hustle designing repurposed vintage clothes. During this time, he honed his theatrical runway style, inspired by the legendary Ebony Fashion Fair traveling road shows. After a few years in Atlanta, Kelly migrated to New York to attend Parsons School of Design, but his nights dancing at the Paradise Garage with the likes of DJ Larry Levan and Grace Jones proved much more fruitful for his career. While at the Garage, he perfected his personal branding skills and fine-tuned his reputation as a designer for fashion models and the burgeoning cultural glitterati.

At the insistence of model and muse Pat Cleveland, Kelly moved to Paris, where his irreverent, theatric designs catapulted him into international stardom. His eye toward inclusion, accessibility, and his gracious Southern charm were evidenced in the fine details in his runway shows, from his signature graffiti hearts that opened each show to the “Love Lists” he would leave behind for guests. These lists included the names of people and objects d’art that inspired him—“buttons” repeatedly appeared on these loving lagniappes. Sadly, his life and career were cut short in 1990 due to complications from AIDS.

Kelly does some performance art at the Patrick Kelly spring 1989 show in Paris, 1988.

Kelly walked a fine line between embracing the past and defining the future—then he steamrolled right over it, living unapologetically in the present while leaving a trail of hearts, flowers, and buttons in his wake. As a teen, I wore a single, oversized red button on my Levi’s denim jacket as a symbol that I was indeed a part of Patrick Kelly’s universe. I understood where I came from and, like him, I was determined to create a world that could look different. As a youth, that meant a world where my love for New Wave and hip hop could co-exist, without judgement. Now, it means a world where I can feel just as comfortable at a domino table as I am in a boardroom or museum. Patrick Kelly’s career taught me that where you’re from and where you are now can exist in the same moment, and both are equally valued.