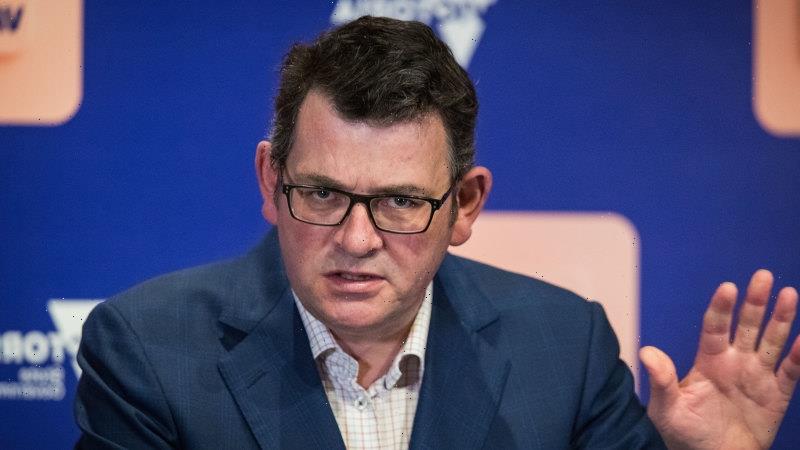 Unvaccinated Victorians would be blocked from pubs, restaurants and sporting events as the state moves to reward the fully immunised and lock those who have not had two doses out of “many, many venues” instead of locking down entire cities and regions.

Announcing 208 new locally acquired coronavirus cases on Friday, Premier Daniel Andrews implored Victorians to get vaccinated and warned those who chose to remain unimmunised could soon find themselves unable to participate in many activities. 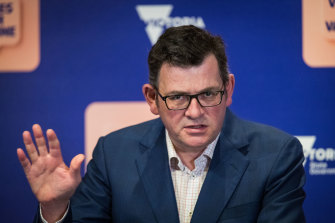 Federal figures show 36.6 per cent of Victorians have had a second dose of a COVID-19 vaccination, and Mr Andrews said a surge in people booking in for jabs meant the state would probably hit its target of 70 per cent fully vaccinated some days before September 23.

Once more than 70 per cent of Victorians were fully vaccinated, “the notion of a lockdown to the whole community is far less relevant”, Mr Andrews said. “What will I think become a bigger part of [the] response is a lockout of many, many venues for those who are not vaccinated.”

In regional Victoria, once it was reopened from its current lockdown, there would be trials run in some venues, Mr Andrews said, in the hotel industry that would see the linking of “a QR code and your vaccination status at a pub in a beer garden, for instance, or at an outdoor restaurant outdoor section of a restaurant”.

He said there were 50,000 AstraZeneca vaccination slots available for Victorians who wanted to get vaccinated immediately. Victoria on Thursday recorded its single biggest day for AstraZeneca bookings, with 14,170 people locking in a time to get a jab. “That is very significant,” Mr Andrews said.

Of those who booked on Thursday, three out of every four were aged under 40. Federal government vaccine data showed there were 33,720 vaccinations done in state-run clinics on Thursday, and 44,912 via the Commonwealth’s immunisation program.

Of the 208 new cases reported on Friday, 112 were not linked to known cases. A man in his 60s from Altona North died with coronavirus on Thursday, bringing the nation’s death toll from the pandemic to 1019.

The commander of Victoria’s COVID-19 response, Jeroen Weimar, said the virus was transitioning from being most active in Melbourne’s west to the city’s north. 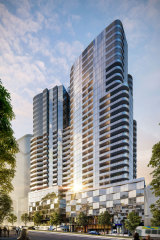 Box Hill’s Panorama project has been shut down after 20 building workers from construction firm MaxCon and their subcontractors tested positive for COVID-19.Credit:Nine

Mr Weimar also revealed that one of the most serious outbreaks seen in the building industry since the pandemic began in 2020 had been recorded at a large construction site in Box Hill.

Twenty workers have tested positive for COVID-19 at the Panorama development on Whitehorse Road. It was shut down on Tuesday after a worker tested positive to the virus. There are now 85 workers or their contacts in isolation.

Jim Diakou, the external legal counsel for the site’s builder Maxcon said the workplace had complied with all COVID-safe requirements including the 25 per cent workforce limit and mask-wearing. “We don’t know how it came onto the site,” he said.

Master Builders Victoria said the construction industry still represented only a tiny portion of the cases recorded in the state. “So far, the building and construction industry represents just 0.72 per cent of all COVID-19 cases in Victoria, with only a small percentage being on-site transmissions,” chief executive Rebecca Casson said.

With the government this week announcing it would give up on trying to achieve zero new cases of the virus in Victoria, Mr Andrews said the total number of active cases in the state had now grown to 1180.

The Burnet Institute is doing modelling work to give the state government a detailed roadmap of what outbreaks in Victoria could look like once 80 per cent of the population was vaccinated – because of fears the state’s hospitals could be overwhelmed with a spike in coronavirus cases.

Mr Andrews also said Victoria would soon run a “home-based quarantine pilot”, and that this could help “get those Victorians who are stranded in NSW” home. “There’s a lot of work been going on for literally months around which technology is best.”