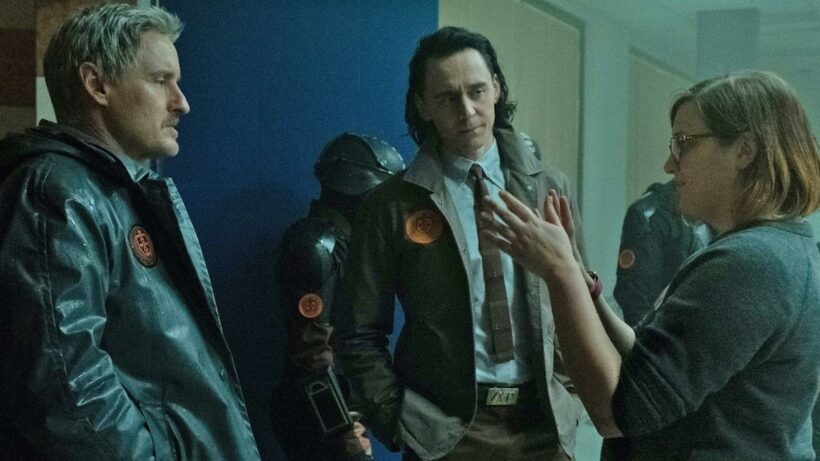 Loki may have been plucked from the past for his new, self-titled Disney+ series launching this week — but the show will have a huge effect on the future of the MCU.

Like “WandaVision” and “The Falcon and The Winter Soldier” before it, the series is integral to where the Marvel Cinematic Universe is headed. But with Kevin Feige saying “Loki” may “have more impact on the MCU than any of the shows thus far,” the pressure is on for series director Kate Herron.

Before entering the world of Marvel, Herron previously wrote and directed a number of shorts, before helming episodes of Idris Elba’s “The Idris Takeover” and Netflix’s “Sex Education” and “Daybreak.” With “Loki,” Herron hopes to show a side of the God of Mischief unlike any we’ve seen before, as he tries to figure out who he really is outside of his connection to the Avengers and his brother, Thor.

The show picks up immediately after the events of “Endgame,” which saw the “Avengers”-era Loki pick up the Tesseract and vanish as Earth’s Mightiest Heroes traveled back in time to stop Thanos. Here, he’s placed in the hands of the Time Variance Authority, who are tasked with keeping the integrity of the “Sacred Timeline” in place and need Loki’s help to set things right.

While Herron — like everyone attached to a Marvel project — was very careful with her wording when TooFab caught up with her ahead of the premiere, the director opened up about the weight on her shoulders, figuring out what makes Loki tick, recruiting Owen Wilson and how she feels the character and star Tom Hiddleston’s loyal — and vocal — fan base will react to the week-to-week surprises in store. 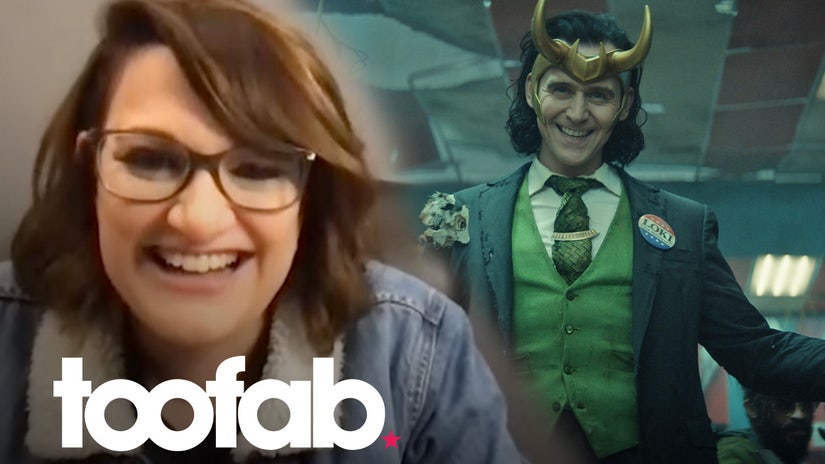 Kevin Feige said this show, more than any other, has the biggest impact on the MCU going forward. How does it feel to hear that and know that that’s been left in your hands, the future of the MCU?

I just got very warm all of a sudden. I think honestly we just wanted to tell a good story and I’m really excited for the fans to see where the story goes and, yeah, as you mentioned, the ripple in the pool that we will cause.

We’re working with a Loki who hasn’t had his post-Avengers redemption arc yet. How might his evolution be a little different here and was it fun to dive into discovering what really makes him tick?

I think completely. It’s such a unique storytelling opportunity, right? I love Loki and I think his arc over the last 10 years has been one of my favorites, like so many people. And it was so unique to me because obviously the Loki in Infinity War, very different emotional headspace than the Loki in Avengers. So getting the opportunity to dive in with him in Avengers and put him in a whole different scenario, even from a psychology perspective was so interesting to me of Nature or Nurture? He’s not going to be arrested and go to Asgard, he’s going to this bureaucratic organization and how does someone who’s so chaotic fit into a place of order. That was definitely a very rich subject to get my teeth stuck into, so I was really excited about that. 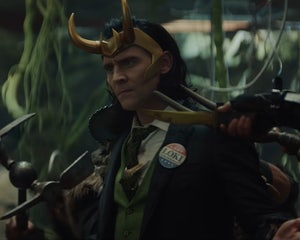 The whole premise of, at least from the first two episodes we’ve seen, is trying to figure out who is Loki, what is he at heart. What was that like to explore in a more expanded way than we’ve seen before?

Definitely. That’s something me and Tom talked about a lot. There has to be a good reason to go back in, because he’s such a beloved character and at the same time, he’s a beloved character but he’s only had around 79 minutes of screen time. This is six hours, so I think with those 6 hours, you want to dig into those questions and something that was important to me and the whole team was really digging into is anyone truly bad or truly good and that gray area in between where I think Loki perfectly has existed. We never know which way he’s gonna go and that’s kind of why we love him. That was really fun to dig into, what makes Loki tick, what is Loki and I’m really excited for fans to see how we tapped into that identity of his.

As we’ve seen with both WandaVision and The Falcon and the Winter Soldier, the fans are all-in on these shows. With someone like Loki, it’s probably going to be taken to another level, just because he and Tom are so beloved. For you, do you have concerns, are you excited to see or nervous to see the fan reaction week to week?

I’m excited, honestly, because I think that’s the joy of making anything. You have this conversation with the audience and you put forward what your story is and what you want to tell, but once it’s out there, it’s not really yours anymore, it’s everyone else’s. For me, that’s the fun of our show, because it is every week — I know there’s shows I love that showed weekly, like growing up stuff like Buffy the Vampire Slayer, I would talk to my friends about it at school and we’d be like, When Angel goes to like the hell dimension, I’d be like, What?! That was massive. The fun thing for me is, we have our stories in a way that each week it will, I hope, provoke discussion. I’m really intrigued to see what fans like and what’s chiming in for them and where they think the story’s going. That’s kind of the joy of the MCU anyway, right? It is a very fan-driven piece of content and the fans are so important to that. I’m looking forward to the debate, the discussion and how people feel about it.

Just showing how eagle-eyed fans can be, over the weekend a new teaser was released and they zoomed in on Loki’s sex being labeled “fluid” on a piece of paper. Is that something you can even expand upon at all without giving too much away — and how does it feel to know people are looking that closely at things?

I think, honestly, it’s such a unique experience. Knowing you’re in the MCU and knowing every still or frame in the show, everyone’s going to still-grab, so it’s definitely something I’ve thought about. I guess my bigger concern’s always been, ‘Oh god, I hope I didn’t forget a water bottle or something that shouldn’t be in the TVA.’ I think that’s something I really love about the fan base, is the fact they’re so intricate and really want to look for stuff, because we, like every show, will have things that are like, ‘That’s cool, that’s a cool little detail.’ Something I could say, Mobius has this drink in the time theater, which is a discontinued drink, and we’ve scattered lots of that across the TVA, things from outside of time, so that’s really cool. I’m always excited when they pick up on small details and, yeah, I’m just excited to see the show really and how those will unfold.

We heard how you talked Owen into this role, but what was it about him that drew you to him initially? He and Tom are so great together.

Owen is someone we’d all spoken about with our casting director Sarah Finn and she was like, I think he’d be really interesting. I just love Owen. His work as an actor and writer, his really early work like “Bottle Rocket,” “The Royal Tenenbaums,” “Rushmore,” that made me want to make films. I was like, I get to speak with Owen Wilson! He’s just got this charm about him and he’s very funny and he’s very smart and in finding the right Mobius he’s someone who has to be at Loki’s intellectual level. I was so intrigued to see what Owen, what his take on it would be.

When we had a conversation about it, it was just a very detailed talk and we spoke through the story and the MCU, who Mobius is and obviously who he’s based on and I think the thing that was exciting for me, was Owen was like, I really want to do something outside of myself and I think everyone can clearly see that in the trailers. He’s got this silver hair and he looks so different to how he really looks. I think what he’s done is really special and his chemistry with Tom as well … Owen, obviously he’s been in multiple comedy films and movies over many years, but he began in indie cinema and I think he brings this really interesting kind of acting approach through that being his background. Whereas Tom is classically trained, he’s done a lot of Shakespeare. You really feel that in both these characters and their chemistry is just magic. I can’t wait for people to see them play off each other.