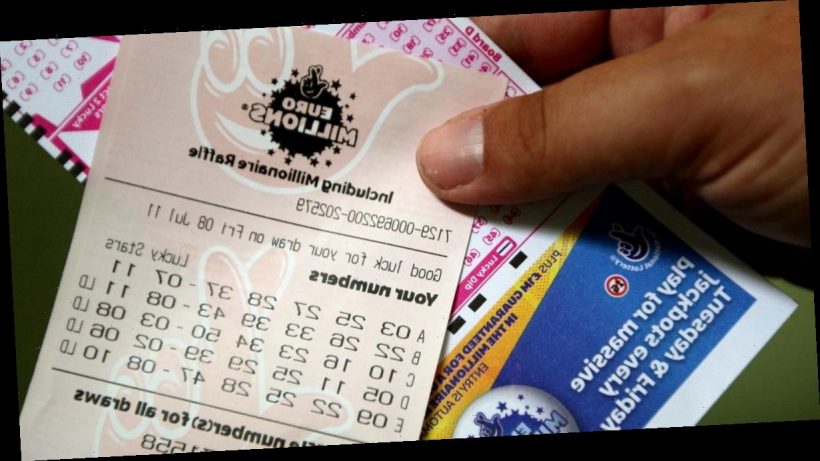 The £176million jackpot available in tonight's EuroMillions could see one punter become the biggest lottery winner in British history.

It would be £6million north of the current record, claimed by an anonymous winner back in 2019.

The winner would be catapulted into the UK's most wealthiest people, ranking around 700th in terms of richest in the country.

However, a monumental lottery win may originally feel like the beginning of a new era for the winner, with properties and cars that once seemed beyond their wildest dreams now available at a few clicks of a button – but the newfound riches can actually spark the beginning of a dark chapter.

Here are just a few examples of people who ended up worse off as a result of their lottery luck.

The Scottish couple won a jaw-dropping £161 million in 2011, making them Scotland's biggest ever Lotto winners.

Colin, a former cameraman, wasted no time in splashing the cash.

He parted ways with millions in exchange for cars, jewellery and property as well as pumping money into his favourite football club, Partick Thistle, while also donating massive amounts to good causes.

Colin and Christine divorced in the summer of 2019 after 38 years of marriage – sadly, Colin died shortly after from sepsis.

At the time of his passing Colin's wealth had shrunk to £40million.

Marriages seemingly struggle under the weight of extreme wealth, as the Bayfords also divorced following their £148m win in 2012.

They parted ways just over a year after the big-money win, citing the pressure that came with it as a reason for the breakdown of their marriage.

Adrian moved out of their home and purchased a 500,000 house that boasted a built-in leisure complex as well as a six car garage.

The lotto winner said at the time: "We have separated now but we get on fine.

“We have kids and we still get along and talk to each other. We’re all happy now and life goes on.”

One of the most infamous case studies as to how lottery success can turn sour, Michael Carroll blew the entirety of his £10million fortune on flash cars and lavish parties.

Known as the Lotto Lout, the 35-year-old is now working for a coal merchants firms, chopping wood and lifting heavy bags of fuel every day.

Once dubbed the 'King of Chavs', Carroll starts work at 6am and is paid £10 a hour – his days of being a millionaire a distant memory.

Aged just 19 at the time of his win, Carroll's wild lifestyle include new homes, drugs, parties, jewellery and fast cars as well as a banger racing track in the three acres of land surrounding his six-bedroom house in Norfolk.

He is now enjoying the benefits that come with leading a more simple life, he told The Sun: "My £10million vanished in just 10 years and I don’t have a home or a car to call my own. But I’m not bitter. Easy come, easy go.”

Yet another story of the burden of wealth ending a marriage, Jason and Victoria had only been married a month when the pair bought their winning ticket using the last pound coin in Victoria's purse.

12 years on from their success both of them claimed that they had wish they never won and that the money had "ruined their lives".

Though they spent the money wisely, building an impressive property portfolio in Devizes, Wiltshire, Victoria said "one of the worst things that's ever happened to me. I’m still classed as a lottery winner and it’s horrible. It ruins your life. People treat you differently – it’s just not a nice thing."

The youngest ever lottery winner in this country, Callie Rogers won £1.8 million in 2003 aged just 16.

She told ITV show This Morning of her battles with depression and suicide attempts.

18 years on from her lottery win, Callie has stated how much happier she is as working mum-of-three children.

She said: "Not knowing who liked me for me, and having all the stress of all the money, I just wanted to go back to having a normal life. I still struggle with trust issues."

Callie's life was rocked by fresh misery in 2019 when she was attacked on her way home from a night out.

Carlisle Crown Court was told how Callie's face was so badly bruised that she could not see her two youngest children for two weeks for fear of alarming them.