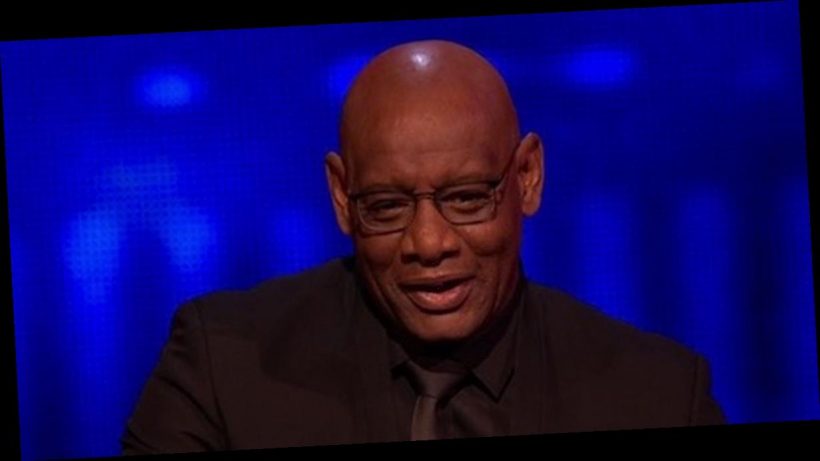 The Chase's Shaun Wallace charmed a player named Mel on Friday's show as she confirmed she liked his "soothing" voice.

Shaun, known on the show as The Dark Destroyer, flirted up a storm with the player after she revealed she liked the way he spoke.

Her dreams came true as Shaun made his way in the the studio and sat down with a smile on his face.

The quizzing expert said: "Hi Mel", as he raised his eyebrows with a smirk on his face.

She exclaimed: "Oh I love it."

Bradley jokingly said to Shaun: "You tart", and the ITV studio was filled with laughter.

Viewers went into meltdown on Twitter as one said: "Mel likes a bit of Shaun doesn't she".

While another gushed: "Oh I love it when Shaun flirts".

"Ladies favourite, the Shaun Wallace. My mum loves him too", penned a third.

Sadly, Mel's The Chase experience was cut short as she was caught by Shaun during her round.

Another player, Natalie, was also caught and so didn't make it through to the next round.

Leon and Jon both made it through to the final chase.

Viewers were floored as they watched Leon's impressive performance as he answered question after question correctly.

He had taken the high offer of £40,000 and won his round, so put his winnings into the prize fund.

During Jon's turn, Leon agreed that he should take the low offer of minus £10k to give them more of a chance in the final.

Jon made it through, so the duo were playing for £30k between them.

They managed to gain a 16 step lead against Shaun, but the Chaser was on top form tonight.

He beat them with 37 seconds remaining, so the team didn't win the cash prize.

This is a live TV story and is constantly being updated.