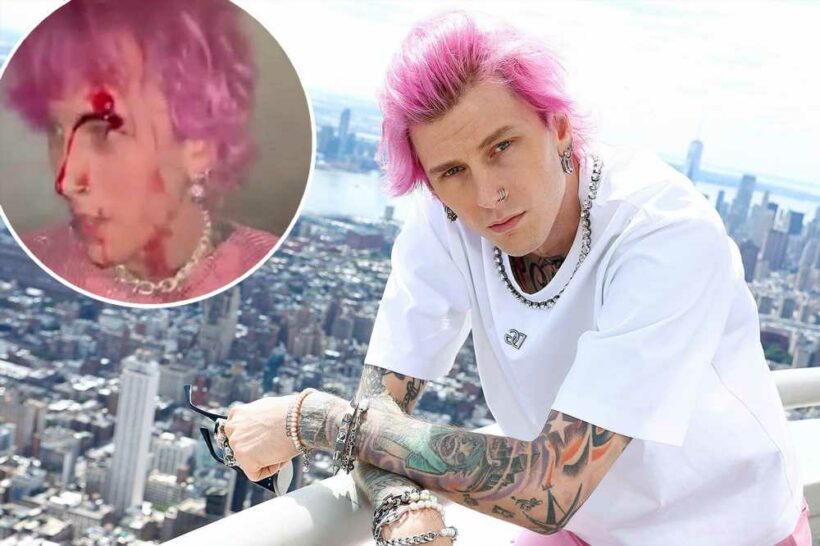 Machine Gun Kelly was seen smashing a champagne glass against his face with such a force that it shattered, causing the singer to start bleeding profusely from his forehead at Catch Steak in New York City late Tuesday. 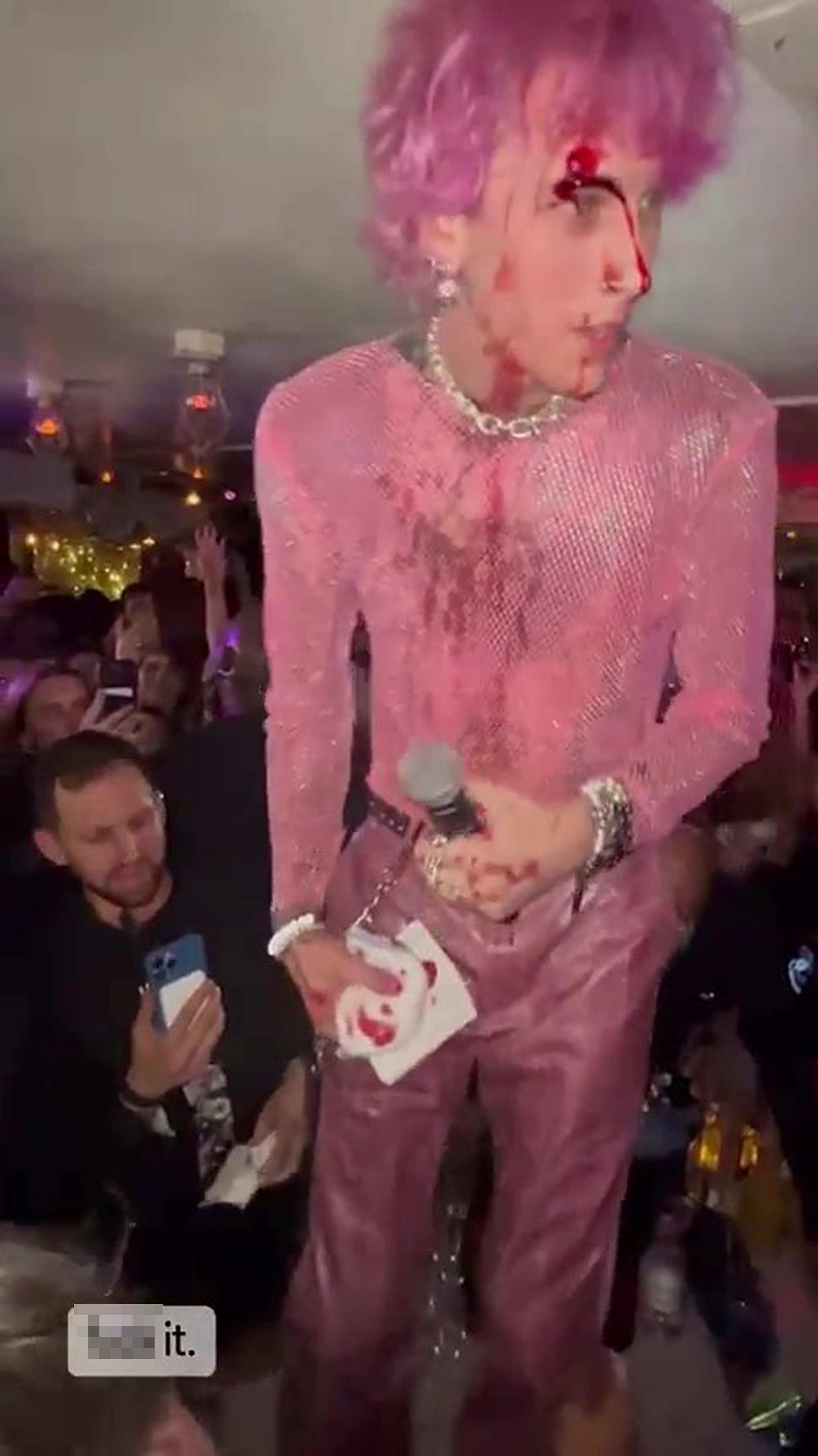 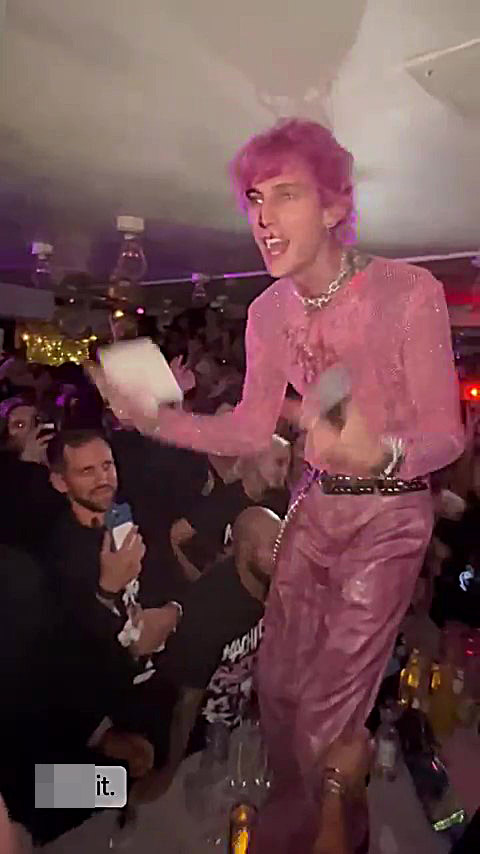 “I don’t give a f–k, bro. I don’t give a s–t,” he said into a microphone before banging the flute against his head, prompting shards of glass to go flying as the crowd screamed in terror.

Kelly, 32, shared a video of the moment to his Instagram Story Wednesday morning, writing, “and this is when things turned…” with a crying-laughing emoji. 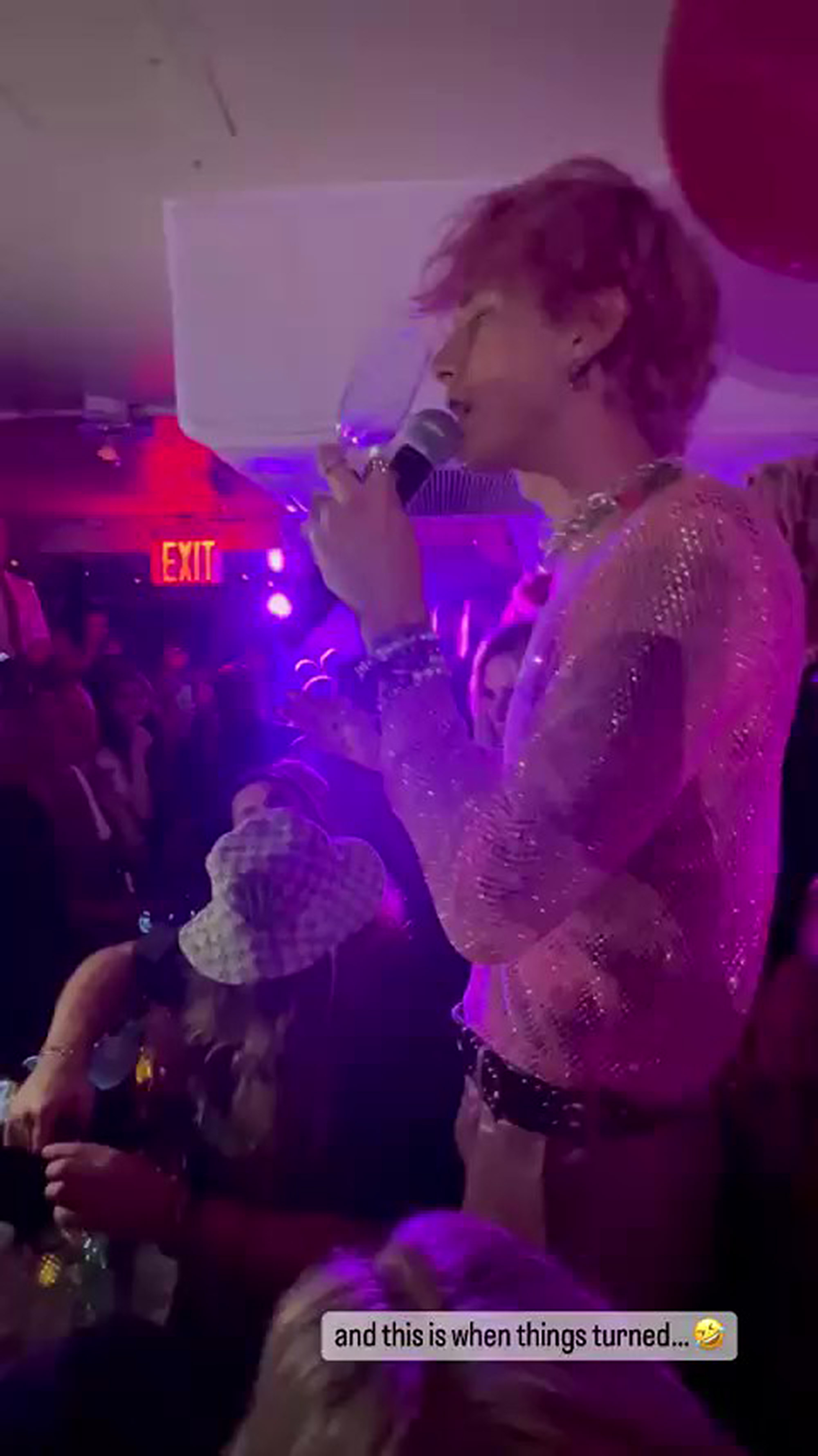 The rapper-turned-punk rocker was then seen with blood dripping down his face and onto his clothes as he performed his hit song “My Ex’s Best Friend” for the audience in a second video, which he captioned, “f–k it.” 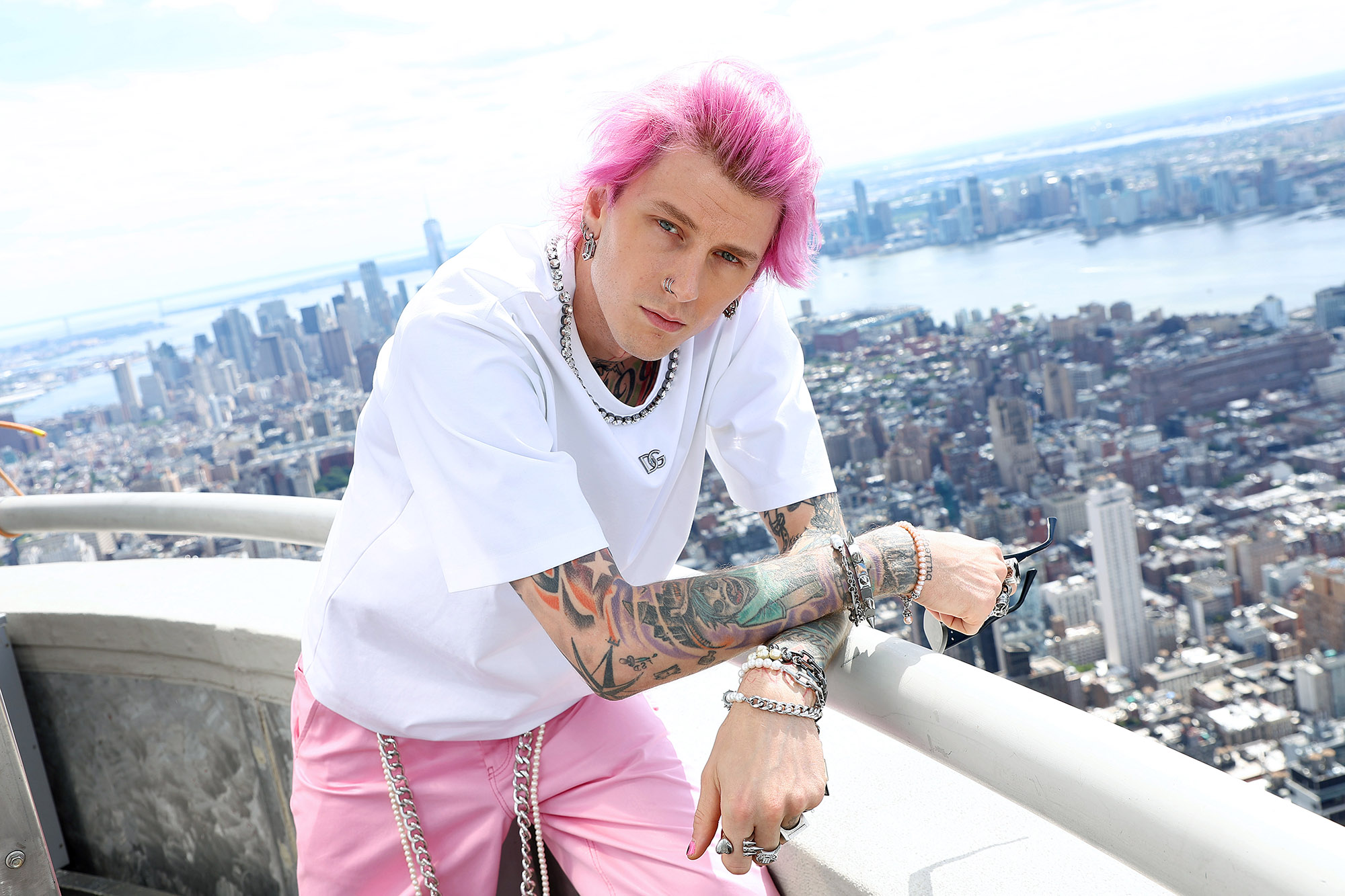 Kelly was celebrating at Catch Steak after performing a sold-out concert at Madison Square Garden. 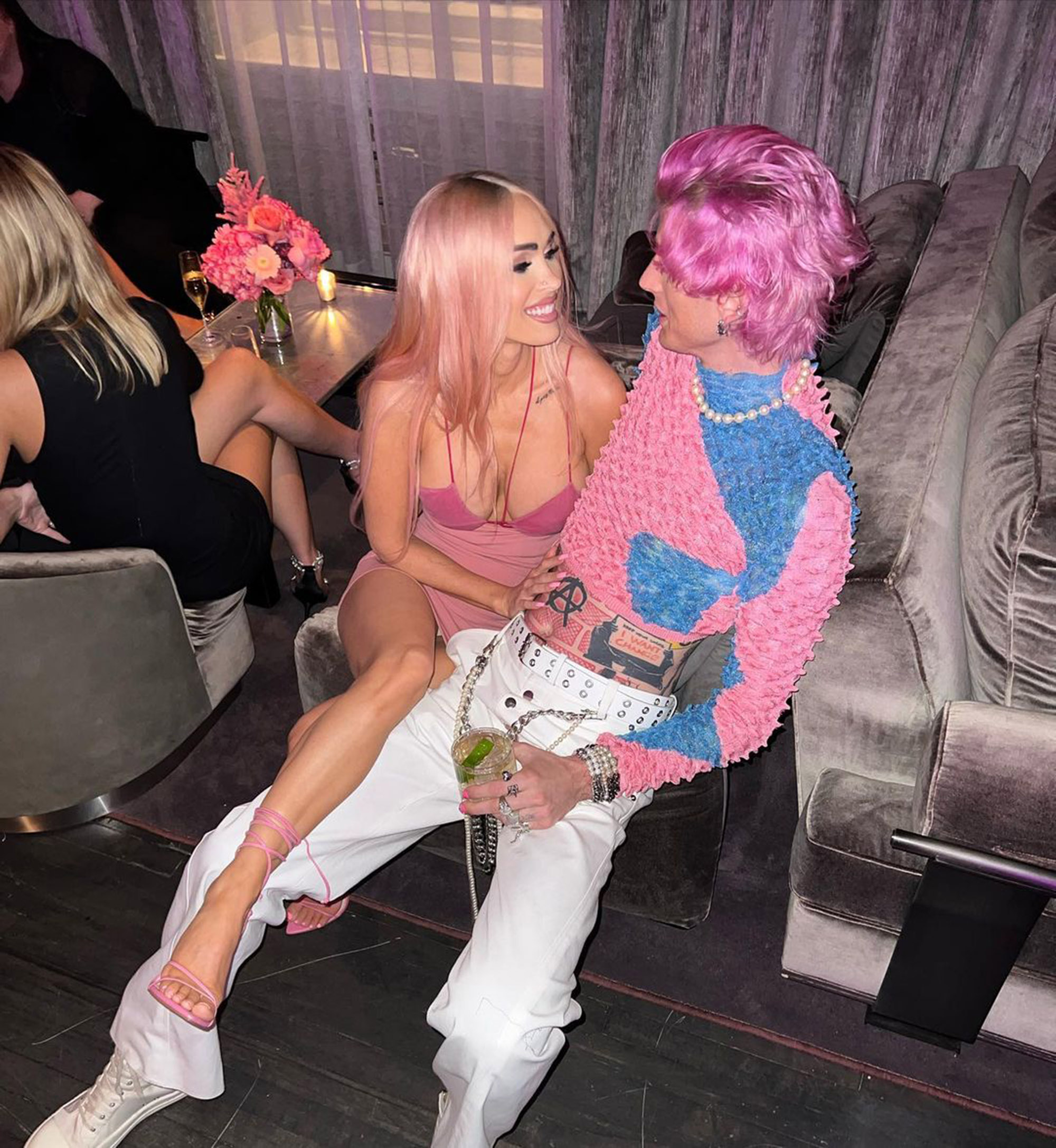 Kelly and Barker are close friends and have worked together for years, though MGK has yet to comment on his collaborator’s health scare.

The “Emo Girl” crooner seems to have a fascination with blood. His fiancée, Megan Fox, shared in April that they drink each other’s blood for “ritual purposes.” He has also worn the actress’ blood around his neck and most recently was seen wearing a blood-filled syringe as an earring to the premiere of his Hulu documentary, “Life in Pink.”