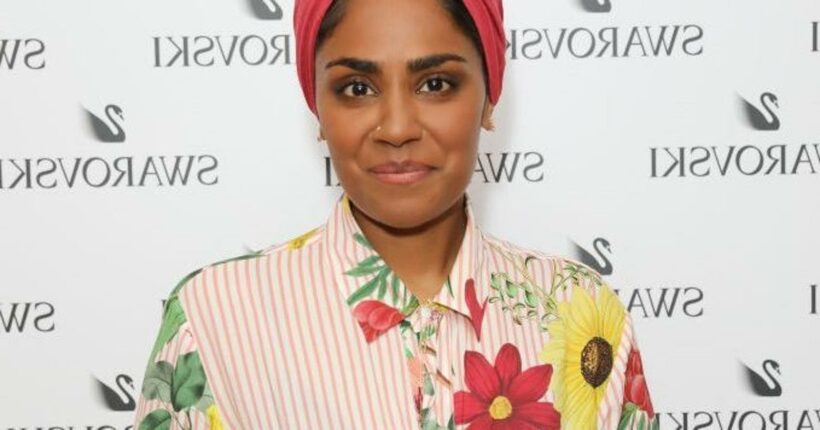 In the six years since winning The Great British Bake Off, Nadiya Hussainhas gone on to do some pretty amazing things.

From hosting Nadiya’s British Food Adventure and Nadiya’s Family Favourites on the BBC to publishing her first novel, The Secret Lives Of The Amir Sisters, and autobiography, Finding My Voice, her star has continued to rise and she remains the national treasure we fell in love with in 2015.

But part of the love people have for the author is her spontaneity and ability to bring a fresh and new take to traditional meals – something which is at the centre of her new show, Nadiya’s Fast Flavours.

The six-part BBC2 series based on Hussain’s recently published recipe book explores how to pack bold flavours into daily meals, including everything from succulent Bombay mix burgers to delicious coffee-glazed focaccia.

“The show is all about taking things you already have and using them to create maximum flavour,” she says.

Flavour is definitely the name of the game as Hussain prepares her dishes with a bevvy of spices and seasonings – but the show also leans into trying new things and throwing “the rulebook out of the window”.

“I grew up around my mum and my dad who are incredible cooks and make really traditional Bangladeshi food,” she says.

“So I learned everything from them. But as soon as I had my children, I kind of wanted them to try a little bit of everything. I didn’t want them to just focus on one type of food.”

Hussain adds that her desire to experiment with food also came from not wanting to waste food and utilising all ingredients she has in her kitchen.

“A lot of my experimentation came from necessity and it’s just become the way I cook and I wouldn’t have it any other way.”

Hussain’s cooking has become synonymous with experimentation – particularly when it comes to baking. From her tasty twist on blueberry and lavender scone pizza to her tutti frutti pavlova, the 36-year-old knows how to combine old classics with a modern flair.

“Cakes are a big part of what I do, so it’s lucky for me to be able to take something that’s traditional, and then just kind of throw the rulebook out and put different spices in and different ways of baking,” she admits.

“That’s been quite a lot of fun for me because I think as Brits, we like familiarity. And as much as I love familiarity with recipes, I like the idea that we can take something and change it up completely.”

Adding flavour and fun back into the kitchen is another key component of the show after the pandemic completely changed our way of life and, thus, cooking.

“The last 18 months have been really tricky. I didn’t experiment with food as much in the pandemic because I think what we lost during the pandemic was some sort of focus,” she says.

Hussain also recognises the impact the pandemic has had within food and tech, with more people using delivery services like UberEats and Deliveroo, which saw orders more than double during the last coronavirus lockdown.

“I’ve had lots of conversations with other people about where cooking shows lie in a world where we can instantly get whatever we want,” she shares.

“And the truth is, I think as somebody who creates cookery shows, there’s going to be a reason why somebody is going to sit down and give you half an hour of their life and for me, it is a privilege.

“I like to think that there’s comfort in watching somebody else cook something that you might want to cook or might trigger a memory and you think ‘Oh my goodness, I used to make that or I loved that recipe as a kid or I remember that’.

“It’s about triggering memories. It’s about comfort and it’s about home.”