Nicki Clyne insists disgraced Nxivm leader Keith Raniere is a “kind” person — even if he is currently in the slammer for a throng of lurid criminal charges.

“Contrary to what most people might believe, Keith is a very joyful and kind and humorous person,” the 39-year-old tells Page Six in an exclusive interview.

Clyne — a former member of Nxivm, a now-dismantled organization that has been widely characterized as a “sex cult” — has been barred from communicating with Raniere, 62, while he’s in jail.

“I miss just being able to have conversations with him about life, about philosophy, about deeper existential issues of why we’re here,” she continues, explaining that she yearns to one day reestablish contact with her ex. 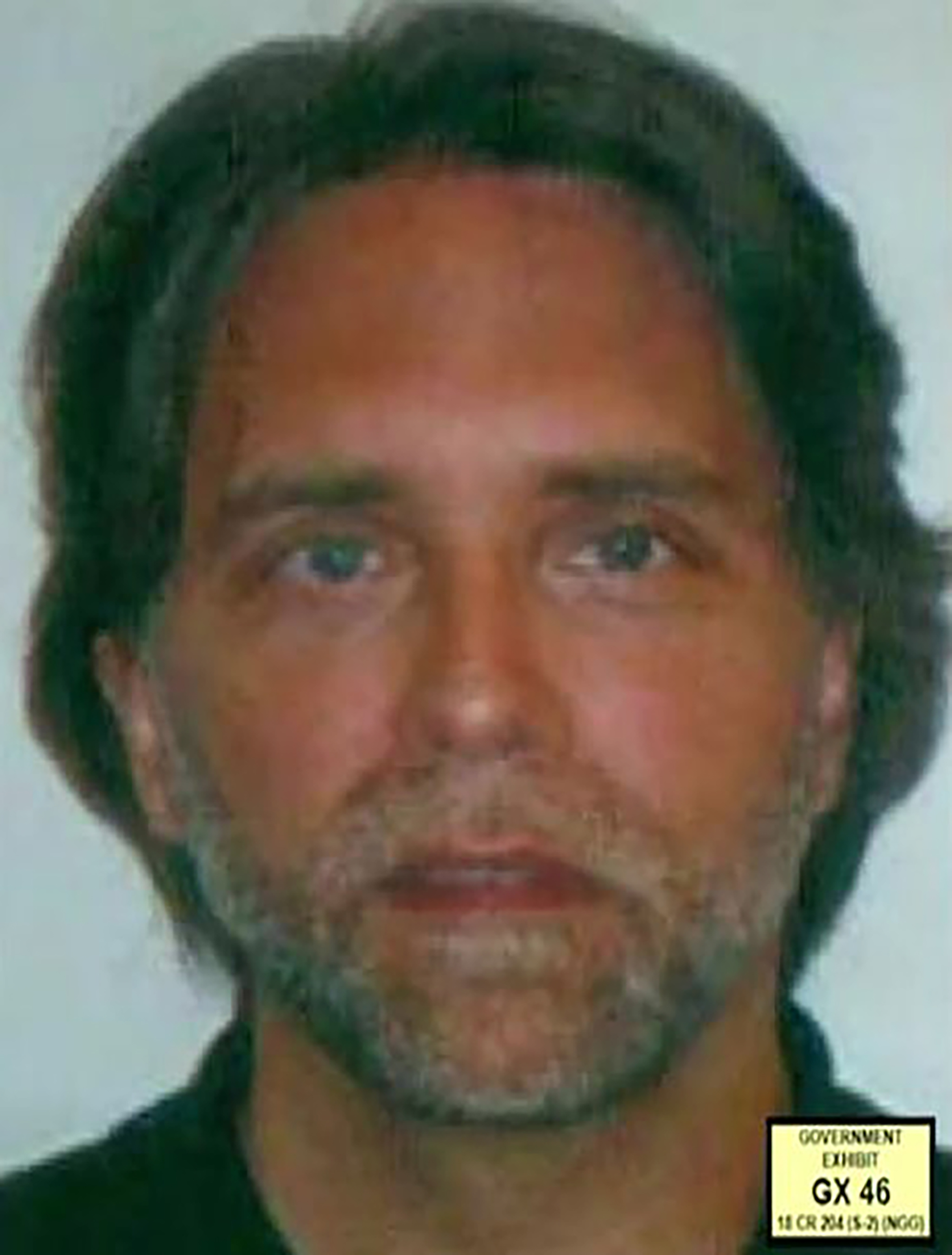 Mack – who was married to Clyne from February 2017 until December 2020 – notably joined DOS (an acronym for a Latin phrase that roughly translates to “master over obedient female companions”), a coalition that Clyne, also a member, has asserted was “separate” from Nxivm. Their respective relations with Raniere were overlapping.

In June 2021, Mack was sentenced to three years in prison. She was incarcerated at a Dublin, Calif., facility, where she is unable to communicate with Clyne, after pleading guilty to charges she manipulated women into becoming DOS sex slaves. 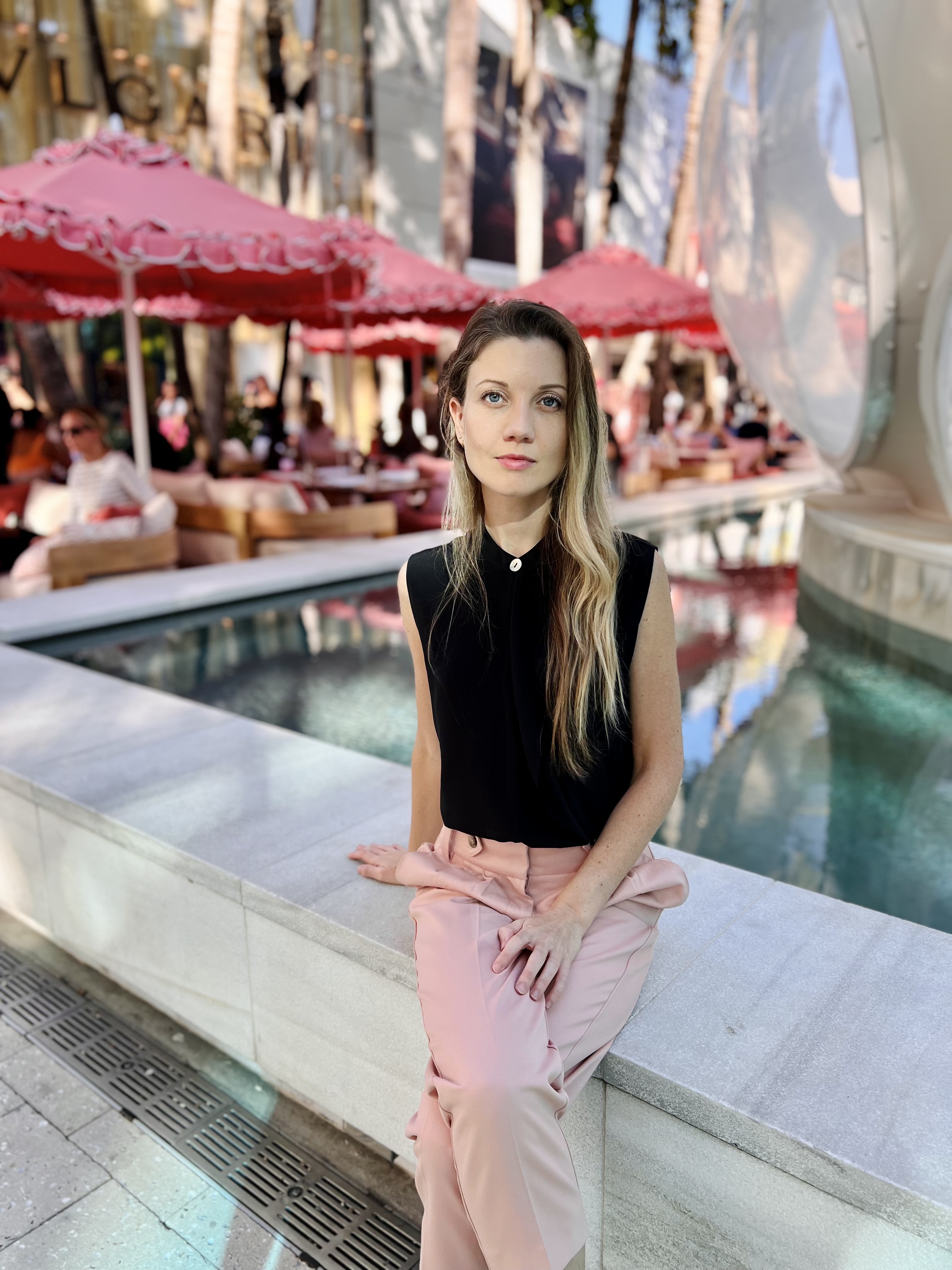 Between January and May 2017, acolyte Dr. Danielle Roberts used a cauterizing tool to permanently stamp nearly 20 women just below their bikini line with a “KR” insignia. (Roberts’ medical license has since been revoked.)

In her book “Scarred,” reformed Nxivm follower Edmondson, 45, refers to the video-recorded ceremonies as “a sadistic type of conditioning.”

When asked to share her feelings about her own branding symbol today, Clyne expresses satisfaction and pride.

“I feel great. I feel proud of my decisions,” she says. “I mean, you can barely see it. It’s really not a big deal. But I feel good about what I chose and why.” 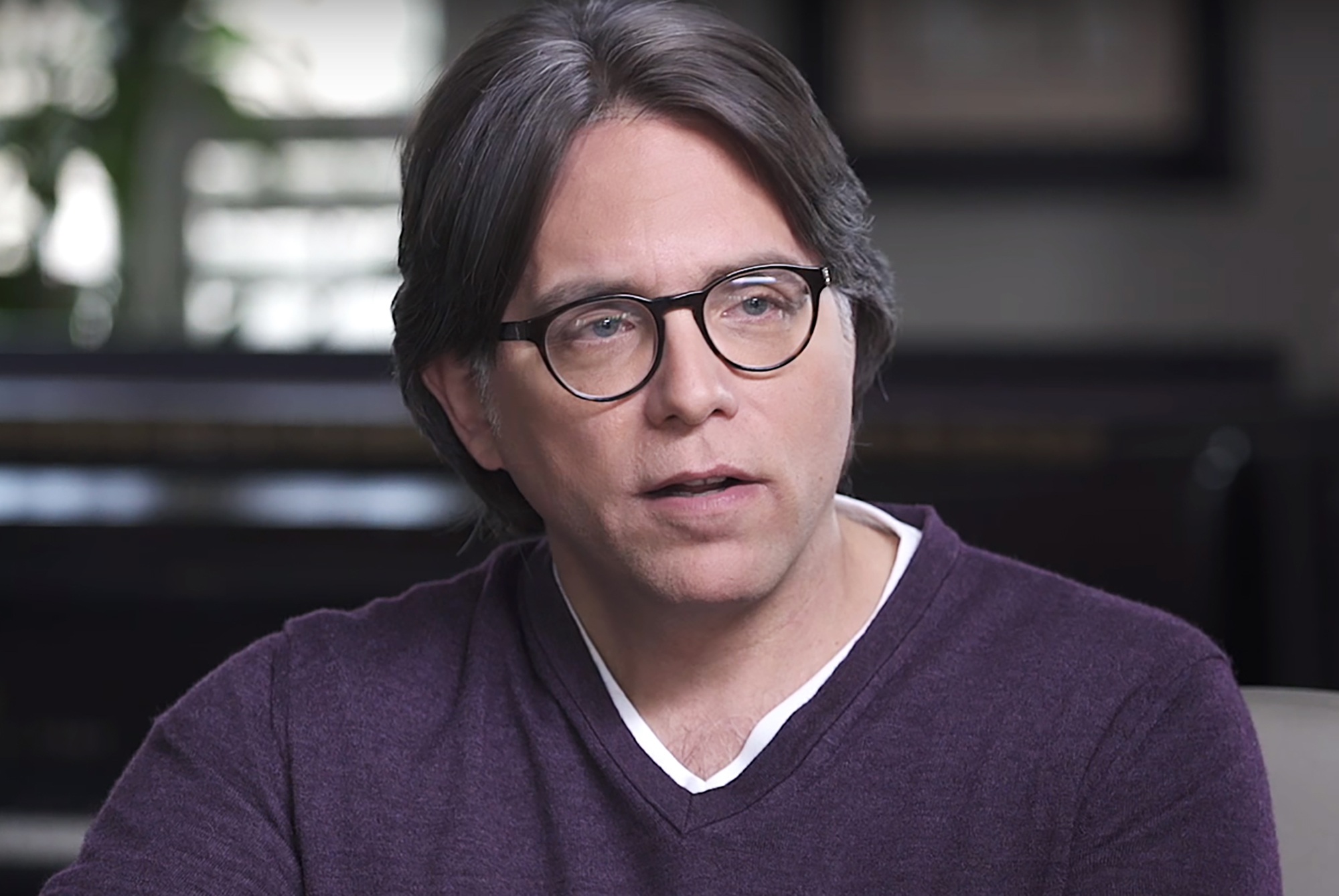 Clyne believes the brands have become a polarizing topic within discussions about Nxivm and DOS because of Edmondson’s depiction.

“I think the reason it’s so controversial is that one woman said that she was told it was going to be something different than it was. Now, I wasn’t there when she was invited, but part of the protocol of being invited is that you’re told about the brand ahead of time,” Clyne claims to Page Six.

“People get tattoos out of friendships or bonding all the time. And it was much more similar to that.”

Without naming Edmondson specifically, she adds, “I think it’s very suspicious that only one woman out of 105 says that she was told something different.” 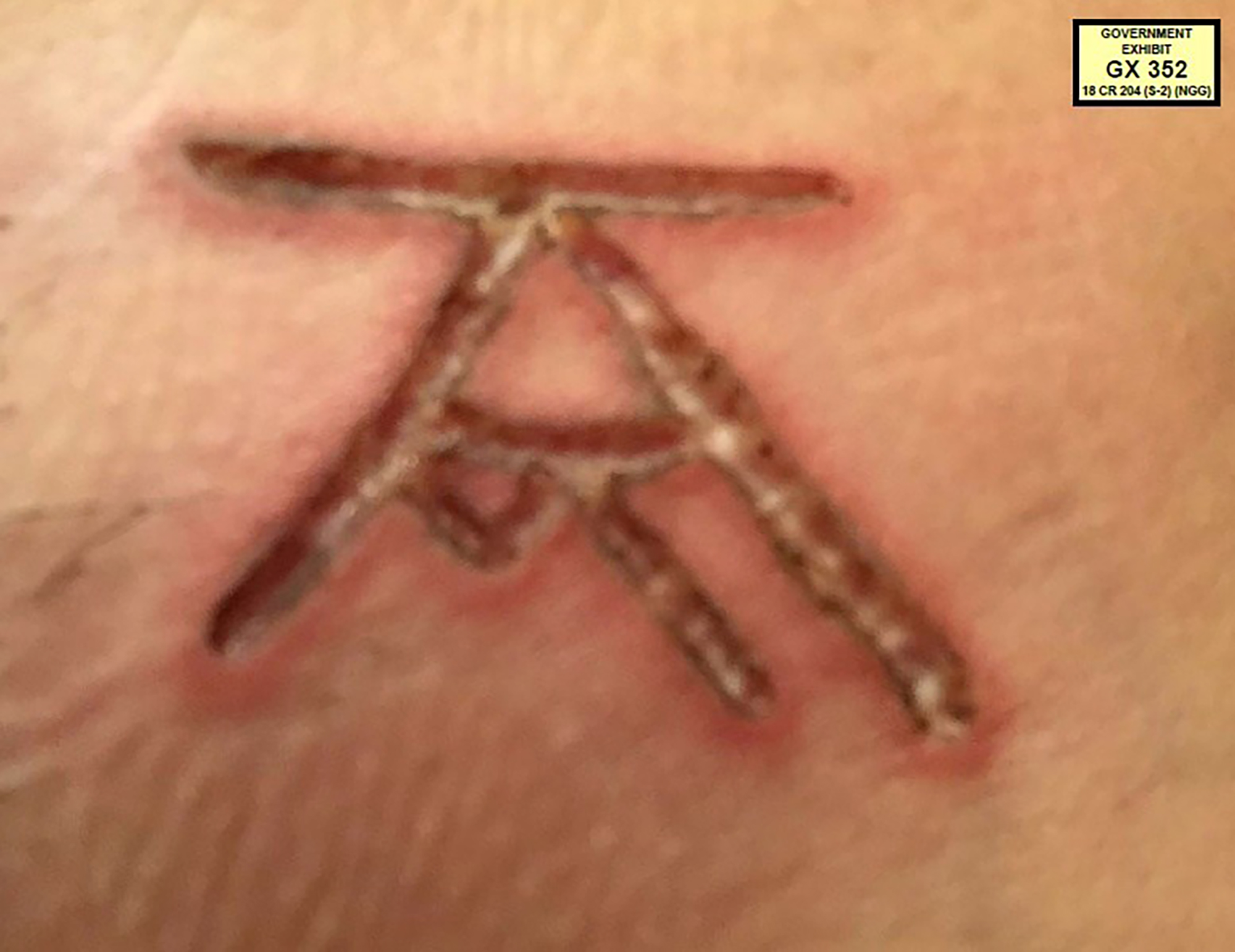 Clyne, who never faced charges amid Nxivm’s downfall, is no longer in touch with Edmondson. However, she maintains relationships with fellow veterans who, like her, still hold reverence for Raniere.

“There’s eight of us and we’re close friends. There’s also a number of other women who were part of DOS who don’t wish to be public because there’s just still so much prejudice,” she alleges.

“And even saying that you had a positive experience, people sometimes feel threatened by or it makes them uncomfortable.” 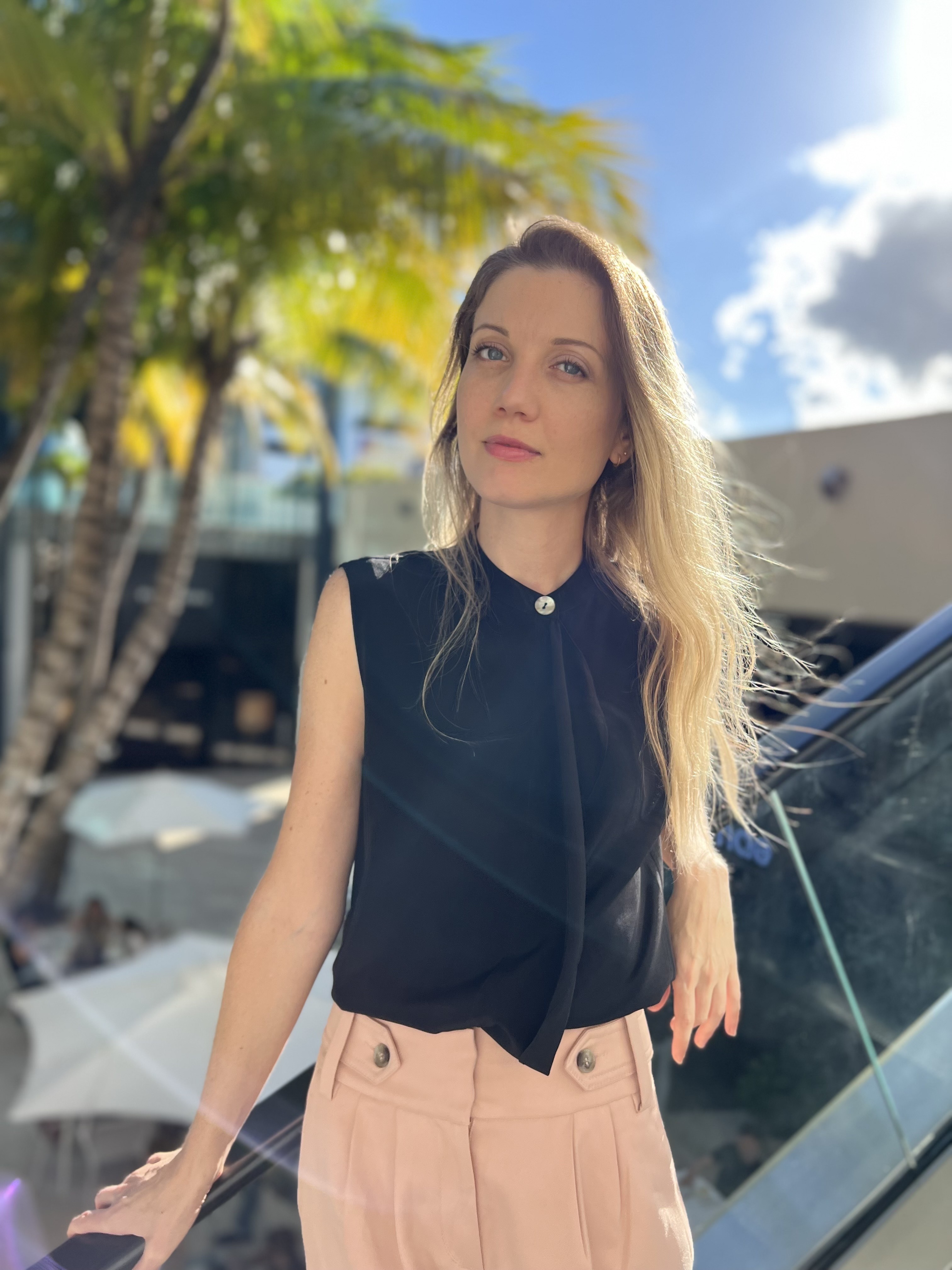 Still, the Miami resident — who relocated from New York to South Florida in recent years — says acclimating to life post-Nxivm and -DOS has been easier than expected.

“I think DOS prepared me to … be able to manage a lot of the hate and the attacks that I get and to really stay centered within myself and not identify with these ideas about me that are in the public,” says Clyne, who does not consider herself a victim.

“I don’t want to toot my own horn but I think I’ve acclimated pretty well, considering the amount of adversity [I’ve faced].”