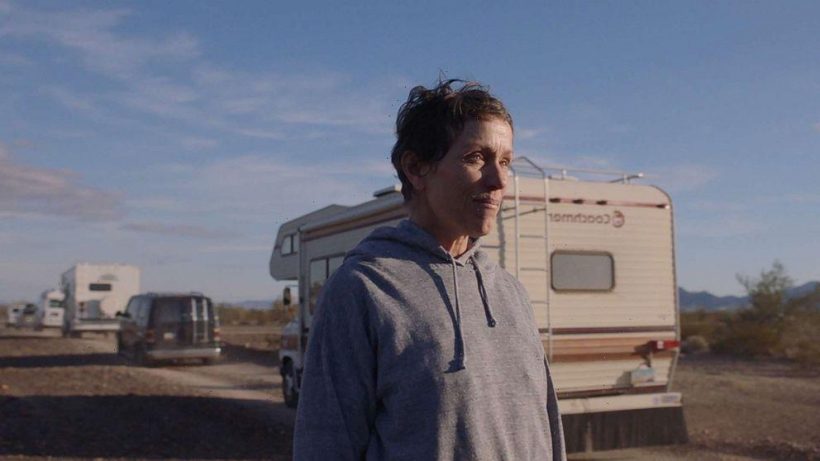 Hollywood’s biggest night — the Academy Awards — has come to a close.

Hopkins’ victory was an upset over Chadwick Boseman, who died in August after a private four-year battle with colon cancer. Boseman was nominated for best actor for his role in “Ma Rainey’s Black Bottom.”

This year brought barrier-breaking wins, including the first woman of color to win best director and the first Black women to win best makeup and hairstyling.

The nominees for best picture included: “Judas and the Black Messiah,” “Mank,” “Minari,” “Nomadland,” “Promising Young Woman,” “Sound of Metal,” “The Father” and “The Trial of the Chicago 7.”

Anthony Hopkins won the best actor award for his performance in Florian Zeller’s “The Father.”

The actress was nominated for her performance in Chloé Zhao’s “Nomadland.”

“Nomadland,” based on a 2017 book, follows a woman named Fern (Frances McDormand), who leaves her home after her husband dies to live out of her van, traveling the U.S. and taking on odd jobs. The movie features real-life nomads in the supporting cast. McDormand won best actress for the role.

The Academy’s Jean Hersholt Humanitarian Award was presented Sunday to Tyler Perry in recognition of his charity efforts.

As Perry stood on stage, he recalled a story of when he offered money to a homeless woman. She, however, asked for a pair of shoes.

The woman, staring down, said, “Thank you, Jesus, my feet are off the ground,” Perry recalled.

The woman said to Perry that she thought he’d hate her. Perry said he responded: “How can I hate you when I used to be you?”

Perry said he dedicates his award “to anyone who wants to stand in the middle no matter what’s around the walls” because “that’s where healing happens” and where “change happens.”

“So anyone who wants to meet me in the middle to refuse hate … to help lift someone’s feet off the ground, this one is for you, too,” he said.

Chloé Zhao won best director for “Nomadland,” becoming the first Asian woman — and woman of color — to win the award.

Zhao also is only the second woman ever to win best director.

As Mia Neal, one of the makeup and hairstyling winners for “Ma Rainey’s Black Bottom,” accepted her Oscar, she used her moment to share the spotlight with other minority women.

Neal and Jamika Wilson, who won alongside Sergio Lopez-Rivera, were the first Black women nominated in the category.

“As Jamika and I break this glass ceiling,” she said, she was filled with “so much excitement for the future.”

“I can picture Black trans women standing up here, and Asian sisters. And our Latina sisters, and indigenous women. And I know that one day it won’t be unusual or groundbreaking — it will just be normal,” she said.

Daniel Kaluuya, who won the best supporting actor Oscar for his portrayal of Fred Hampton in “Judas and the Black Messiah,” thanked the slain Black Panther leader in his speech.

“What a man. What a man. How blessed we are that we lived in a lifetime where he existed,” Kaluuya said.

“Thank you for your light,” he said, noting that Hampton was alive for just 21 years. “He found a way to feed kids breakfast, educate kids, give free medical care — against all the odds,” Kaluuya said.

“There’s so much work to do, guys — and that’s on everyone in this room,” Kaluuya said.

Regina King, director of “One Night in Miami,” opened the show by touching on the Derek Chauvin verdict.

“If things had gone differently this past week in Minneapolis,” King said, she would’ve “traded in her heals for marching boots.”

“As a mother of a Black son I know the fear that so many live with — and no amount of fame or fortune chases that,” King said.

Chauvin was convicted Tuesday on all three counts in the death of George Floyd: second-degree unintentional murder, third-degree murder and second-degree manslaughter.