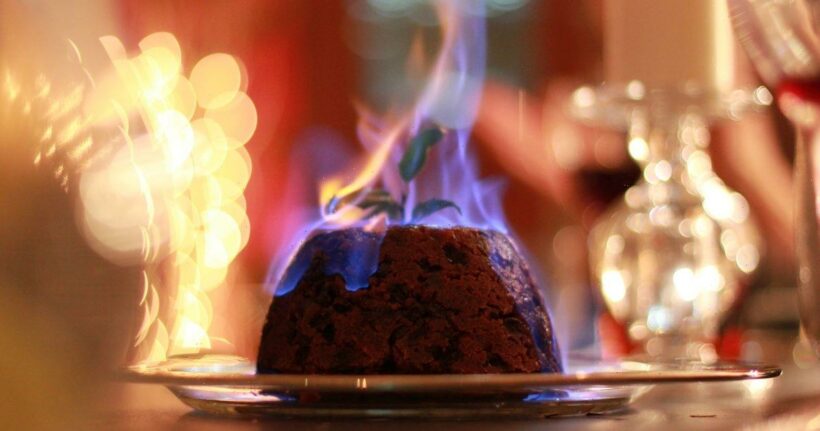 Everyone has their own Christmas traditions – whether that be personal or cultural.

But this one very British dessert themed festive activity has got many people scratching their heads.

What is it, you ask?

Well, Brits have been left baffled as to why they set alight a Christmas pudding before eating it.

So as Xmas Day is nearly here, the fruit and raisin sponge sparked conversation over on Twitter.

One person tweeted: "Traditional Christmas pudding, then you set it on fire with some alcohol, I have no idea why we do this."

Another user mocked: "'Tis the season to set your Christmas pudding on fire.

"We are not normal."

While a third questioned: "Why kind of person lights an innocent Christmas pudding on fire?"

Someone else said: "Do Americans light their Christmas pudding on fire??

"Apparently they don't and I'm really confused by this why don't you light your Christmas pudding on fire."

So – lets put this confusion to bed…

It turns out that setting fire to a Christmas pudding has a lot more history than some first thought as its not to do with 'flavour'.

Apparently, the much loved dessert originated from the 14th century where it was known as the “frumenty" which had more of a porridge like consistency.

It contained the likes of beef, mutton, wines, currents and raisins at this point.

Fast forward to the 17th century and this is where the more 'traditional' ingredients of the pud were brought in as the mixture was thickened with eggs, dried fruit for texture and beer or spirits for the taste.

However, it wasn't until the Christmas pudding got into the hands of the Victorians where the recipe of the sweet treat as we know it today was defined.

Now we have got the origins of the recipe for the after dinner delight out of the way – what about the fire part?

The particular ingredients of the Christmas pudding are actually more significant than first thought as a traditional version should have 13 ingredients.

These 13 components represent Jesus and his 12 disciples, with one of the ingredients being Brandy.

Not only is it mixed in with the rest of the sponge but it is poured over the top where the flammable alcohol can be set alight. The flaming brandy is symbolic of the passion of Christ and the decorative holly on top is thought to represent the thorn crown.

There you have it – British modern Christmas indulgence still makes a nod to the religious side of the holiday!