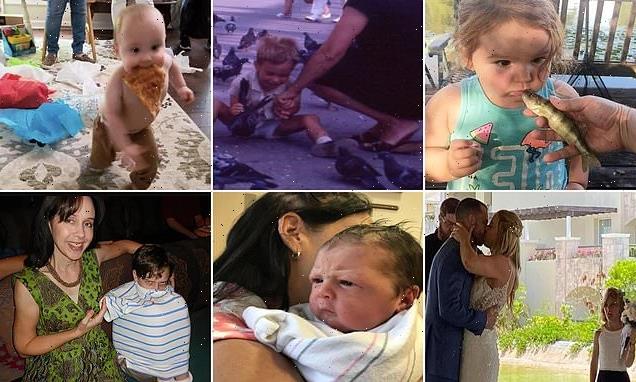 Just kidding around! Photos capture children stealing the limelight in family snaps – from a frowning newborn to a bridesmaid grossed out by the happy couple

It’s a truth universally acknowledged; kids know just how to steal the show when the camera clicks.

People from all over the world have shared hilarious snaps of kids doing their best to keep the attention on them on trivia website The Chive.com.

In one snap, a cheeky flowergirl looks utterly revolted as she watches newlyweds kiss after tying the knot.

In another photo, taken in Italy, a boy was snapped catching a pigeon with his bare hands and refusing to let go. 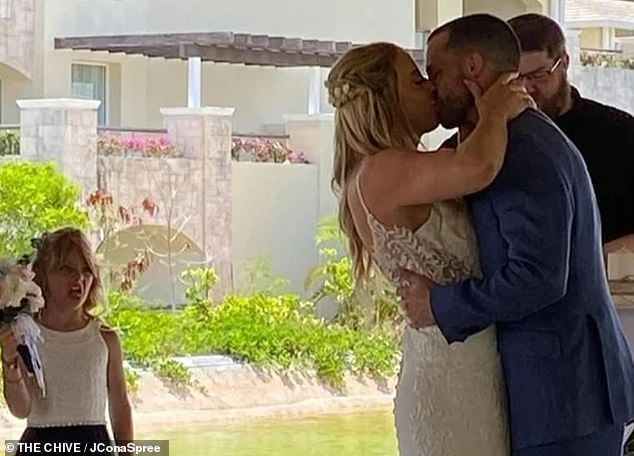 Ew! People have shared hilarious pictures of children stealing the show; this flowergirl was not impressed by newlyweds smooching so close to her 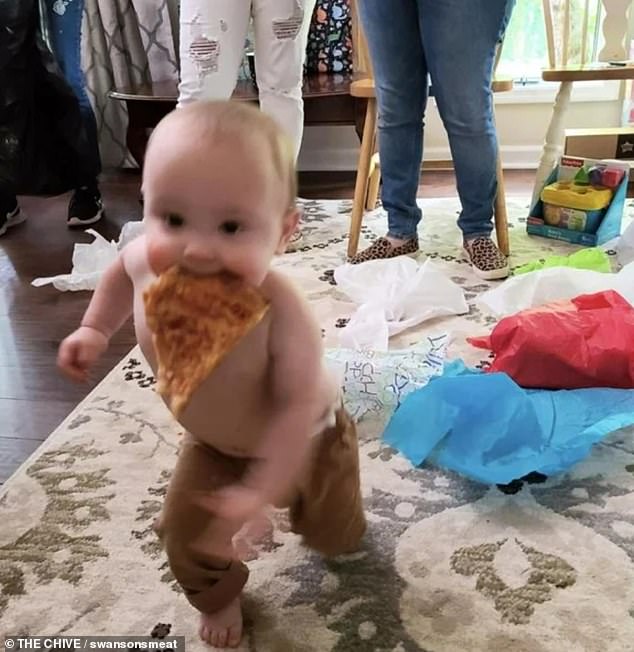 Pizza thief! This adventurous baby decided to run off with a piece of pizza in his mouth 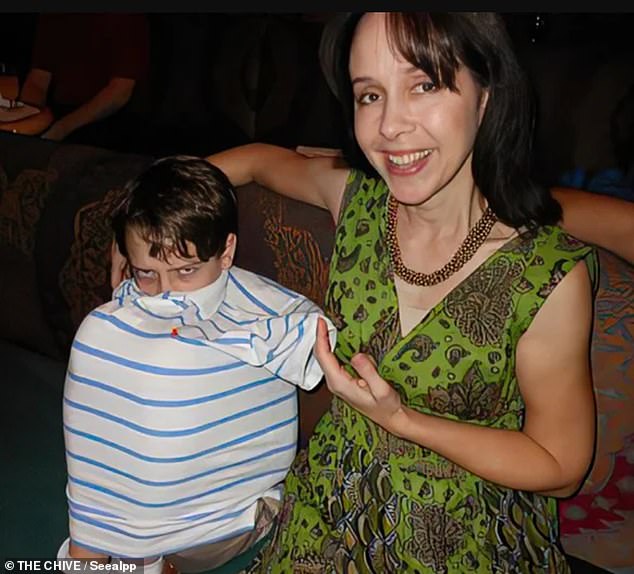 My best side: A very grumpy boy tucks his arms and legs underneath his t-shirt to hide, but his mother wasn’t deterred 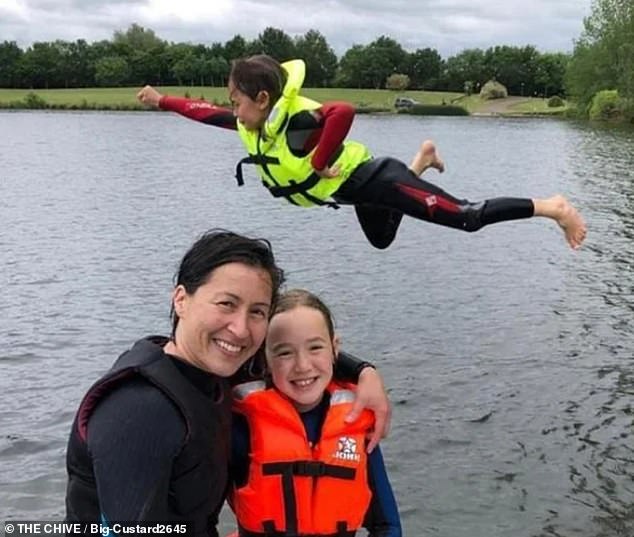 Supergirl! While her sister posed with her mother, a fearless child decided to photobomb them by diving into the lake behind them 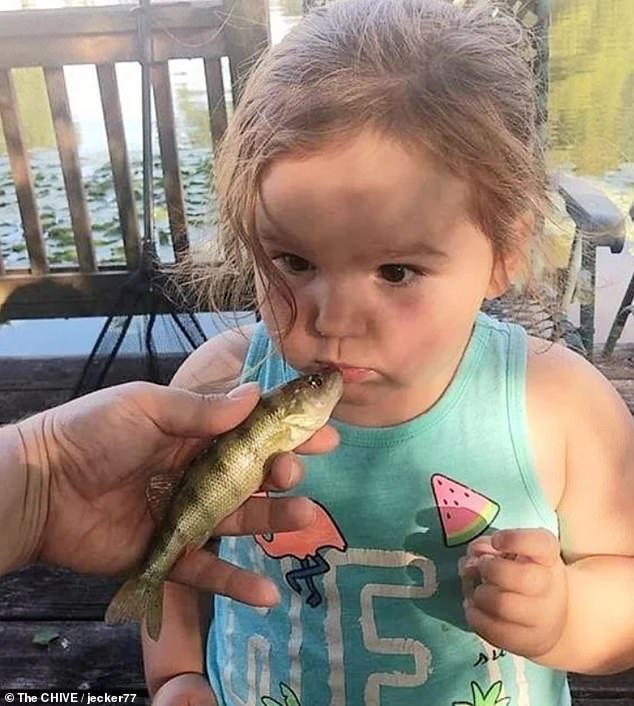 Fishy kisses: This toddler was tricked into kissing a fish by an adult – and doesn’t look impressed 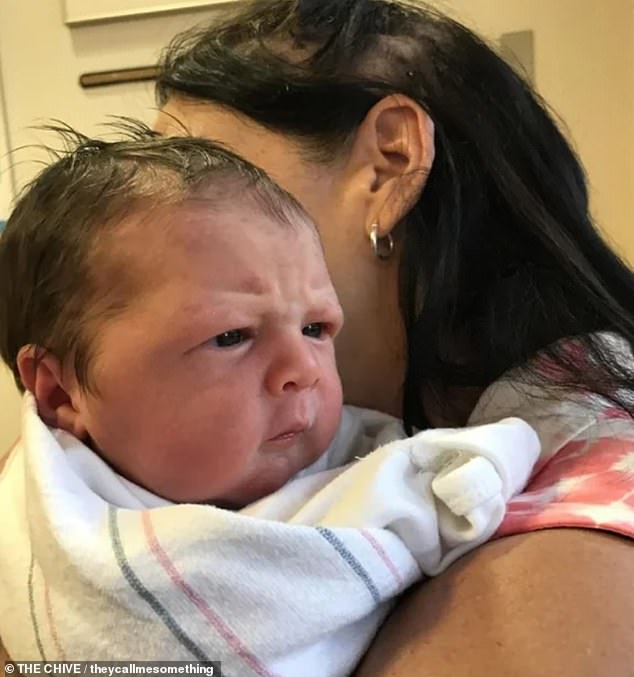 What did you do that for? Their face says it all; a baby photographed after bath time doesn’t look happy 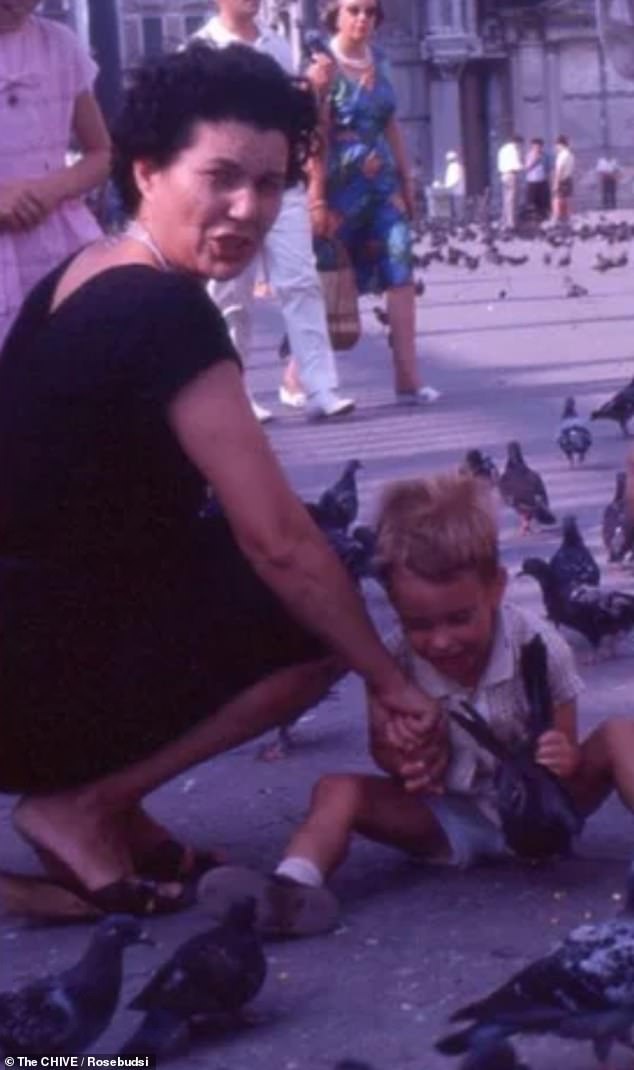 Feathered friends: A man explained this picture was taken in Italy, with the child on the right – his father – ruining the picture by catching a pigeon with his bare hands 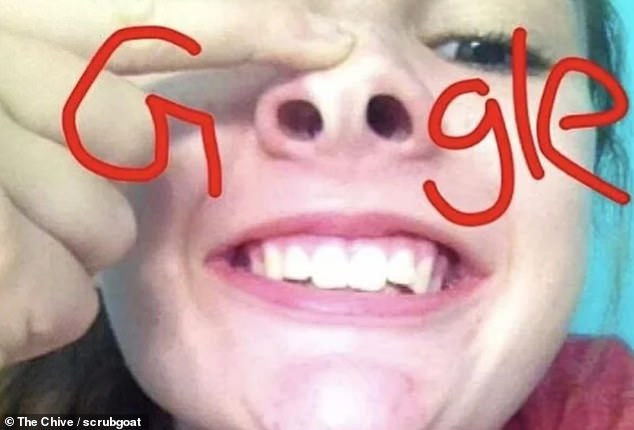 Search that! A cheeky daughter left her dad in stitches when she used her nostrils to spell the word ‘Google’ and sent it to the Silicon Valley company 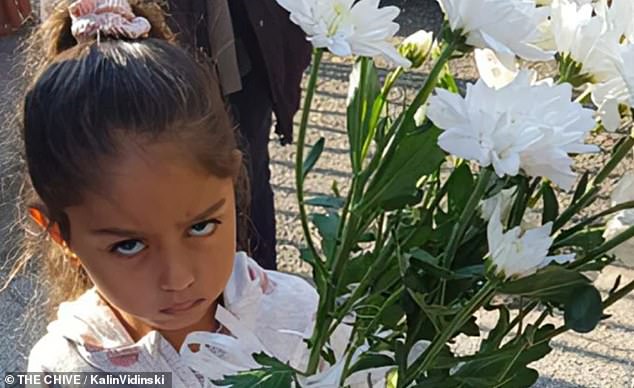 Serious attitude: Even though she was holding beautiful flowers, this little girl did not seem overjoyed that the camera was capturing her 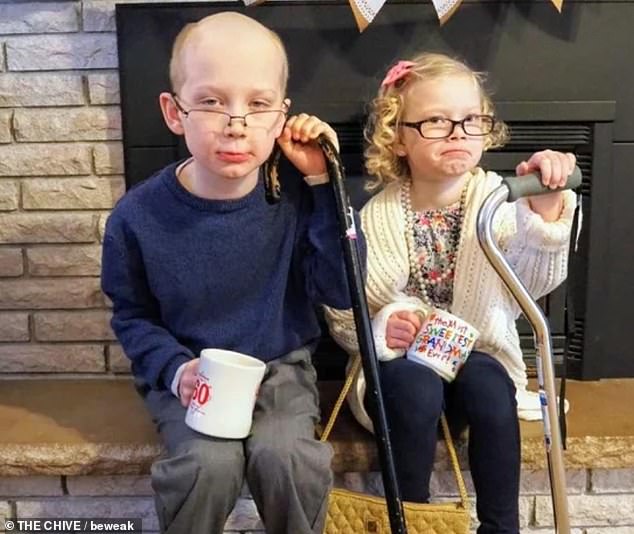 Old before their time: A brother and sister duo decided to dress up to mark a special Senior Citizen Day at their school, pictured 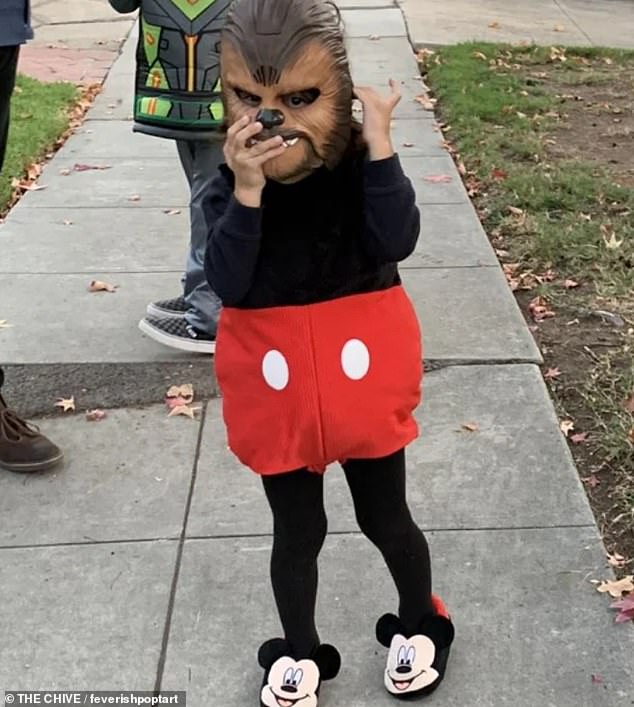 Keeping things creative: A child got to choose their own Halloween costume and went for a mash up between Mickey Mouse and Chewbacca 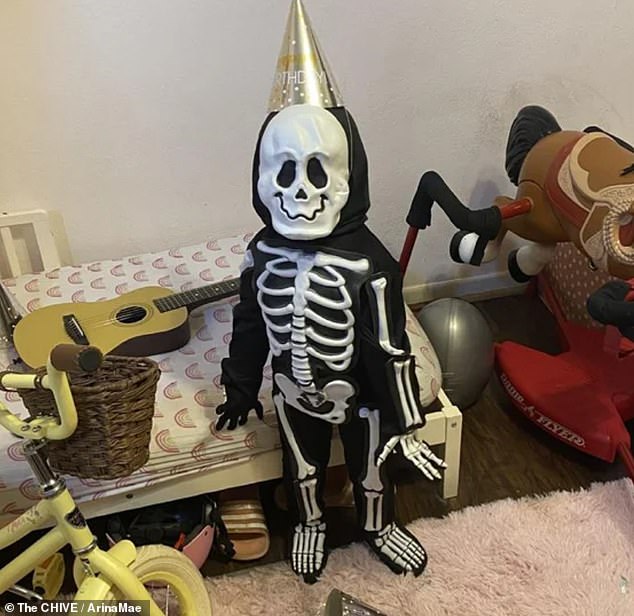 The cutest skeleton you’ll ever see! A child decided to spruce up their Halloween costume by wearing a party hat, pictured