Pete Davidson has been ‘thinking’ hard about what to get for Kim Kardashian this Christmas, and even asking her friends and family for ideas, a source tells HL EXCLUSIVELY!

Pete Davidson, 28, wants to make this Christmas special for Kim Kardashian, 41 — and is actively trying to think of a special “experience” to gift her. “As we get dangerously close to the holidays, Pete has been thinking about what to get Kim for Christmas. The only decision he has made is that he would love to make it an experience over a material gift,” an insider close to the Saturday Night Live star tells HollywoodLife EXCLUSIVELY.

The actor, who has already been spotted hanging out with Kim’s sister Kourtney Kardashian, 42, and her fiancé Travis Barker, 46, at Knott’s Berry Farm, has even been asking for some ideas. “He has been asking friends and Kim’s family members on some ideas and he is looking to take her somewhere and create an experience that she will always remember over getting her a purse or jewelry or a car or something like that,” they added. 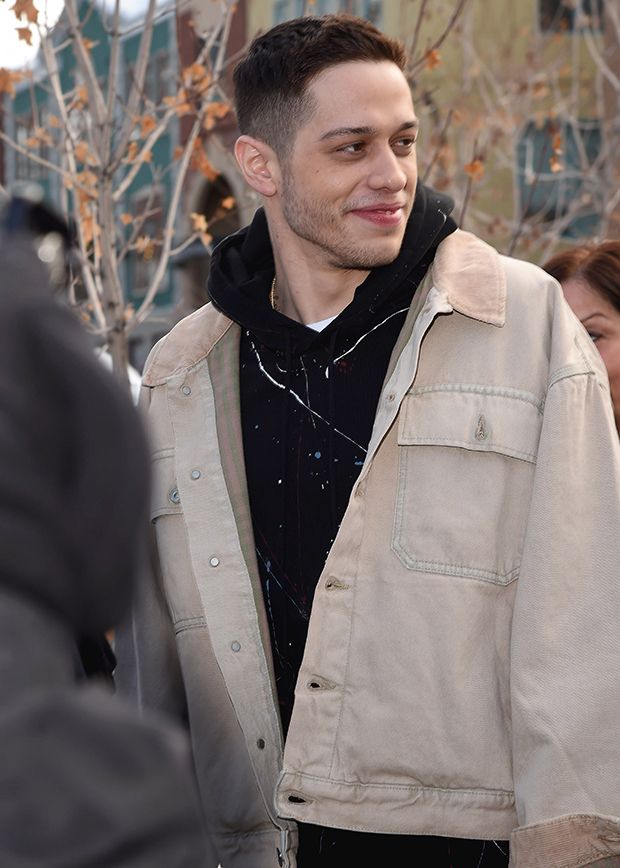 Pete may have gotten some additional insights from Kim’s mom Kris Jenner, 66, after his visit to her Palm Springs home. The actor twinned with Kim and Kris in the new SKIMS holiday pajama line as they celebrated Pete’s 28th birthday. Just a day later, Kim and Pete appeared to confirm their romance by holding hands in public!

Ever the jokester, Pete has been joke he is hoping to find something at a Black Friday sale. “He has been joking to friends that he hopes he can find something for her on Black Friday that she’ll like that would in turn buy him some time for the actual gift he has in mind. His main goal is to make it as unique as possible because at the end of the day, what do you get the person who literally has everything?” they added.

Kim does appear to love unique experiences: for her 40th birthday during COVID-19 travel restrictions, she brought her closest friends an family to ritzy The Brando resort in Polynesia. The group, which included her sisters and BFFs like La La Anthony, had no idea what they were in store for! While at the property, Kanye West, 44, presented the SKIMS founder with a hologram video message from her late father, Robert Kardashian Sr., who passed away in Sept. 2003.

Pete also lost his father, Scott Davidson, in the 9/11 attacks when he was just 8-years-old. “They have briefly touched on it but there is also something there for both of them since they both lost their father so young, and both their mothers are very important in their lives,” a source told HollywoodLife EXCLUSIVELY in early November. “That is something very organic for him to grab a hold of as it makes him feel like he has someone on his side,” they added, noting the pair “just click.”