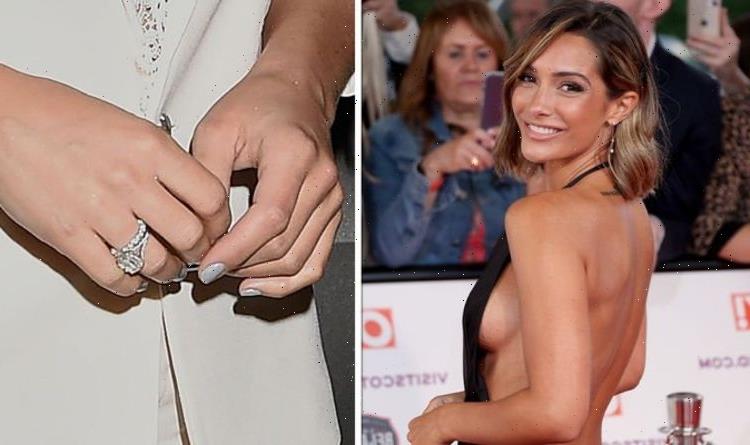 Frankie Bridge joined this year’s edition of I’m A Celebrity…Get Me Out of Here! after her husband Wayne Bridge competed in the Australian jungle in 2016.

The former The Saturdays singer, 32, married Wayne Bridge in 2014 after being in a relationship since 2010.

The footballer proposed the year before with a beautiful engagement ring.

Frankie shared the proposal on Instagram that same day showing her incredible jewel.

Wayne proposed to her in a hotel with her beloved dogs.

Frankie’s dogs were dressed in bride and groom outfits.

Frankie explained: “Wayne took me to a hotel and got my dogs involved.

“I didn’t know my dogs were there and they came in in little bride and groom outfits. And Pixie had the ring around her neck on a ribbon.”

The beautiful jewel is an emerald-cut ring featuring a Canary Yellow Diamond in the middle.

The ring is said to be 3.5 carat, larger than the UK average.

Frankie’s ring is also made in platinum rather than white gold.

Due to the unusual shape and material, as well as the impressive size, her engagement ring has a price tag of £40,000.

A few weeks after the proposal, the couple found they were expecting their first child.

Wayne’s net worth is said to be around £6.8million thanks to his successful career in football.

In a combined net worth with her husband, it’s believed Frankie and Wayne are worth £11million.

The pair also have two children together, Parker and Carter.

The family live in a beautiful house in Surrey.