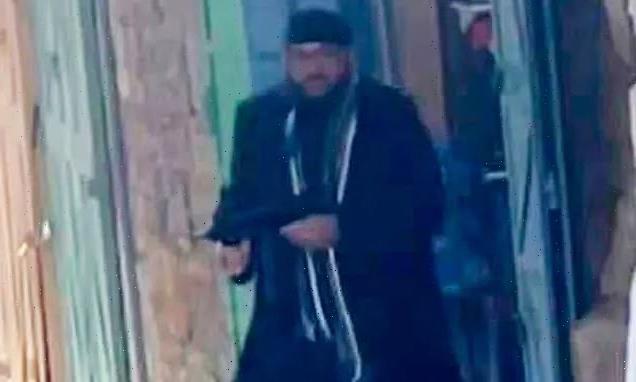 A Palestinian gunman from the Islamist group Hamas killed an Israeli tourist guide and wounded three other people in Jerusalem’s Old City on Sunday before being shot dead by police.

Hamas identified the gudman as one of its leaders in East Jerusalem, Fadi Abu Shkhaidem, 42.

He was shot dead by police among areas where Palestinians have sought statehood.

The incident was the second attack in Jerusalem in four days and happened near one of the gates to the flashpoint Al-Aqsa Mosque compound, the third-holiest site in Islam.

Jews revere the site as the remnant of two ancient temples. 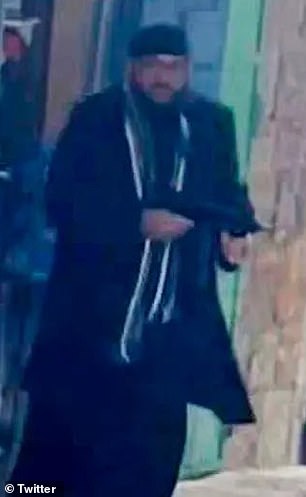 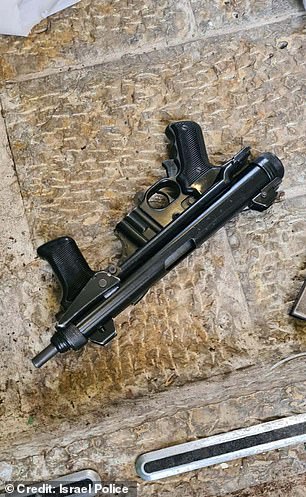 Fadi Abu Shkhaidem (left), 42, was part of terrorist group Hamas. He killed one person with this gun (right) and injured three others 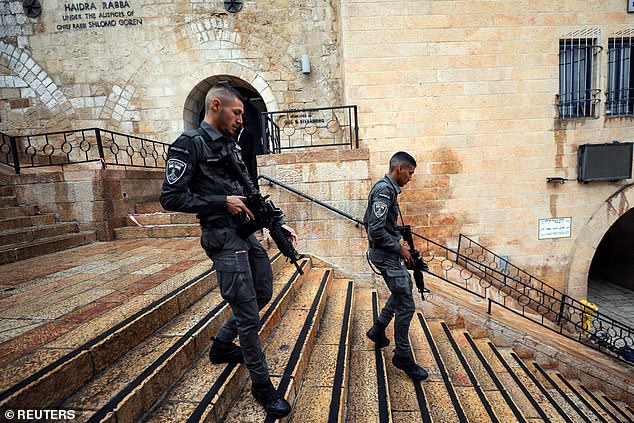 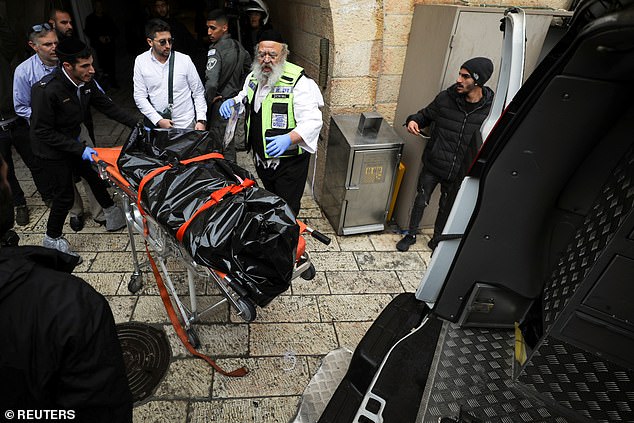 Unlike the more moderate Palestinian Authority that governs in the Israeli-occupied West Bank, Hamas, which controls the Gaza Strip, refuses permanent coexistence with Israel.

Britain banned Hamas on Friday, bringing London’s stance in line with the United States and the European Union.

Israeli Prime Minister Naftali Bennett told his cabinet: ‘On a morning like this one can draw support from the (British) decision to designate Hamas – including what is called its political wing – as a terrorist organisation.’