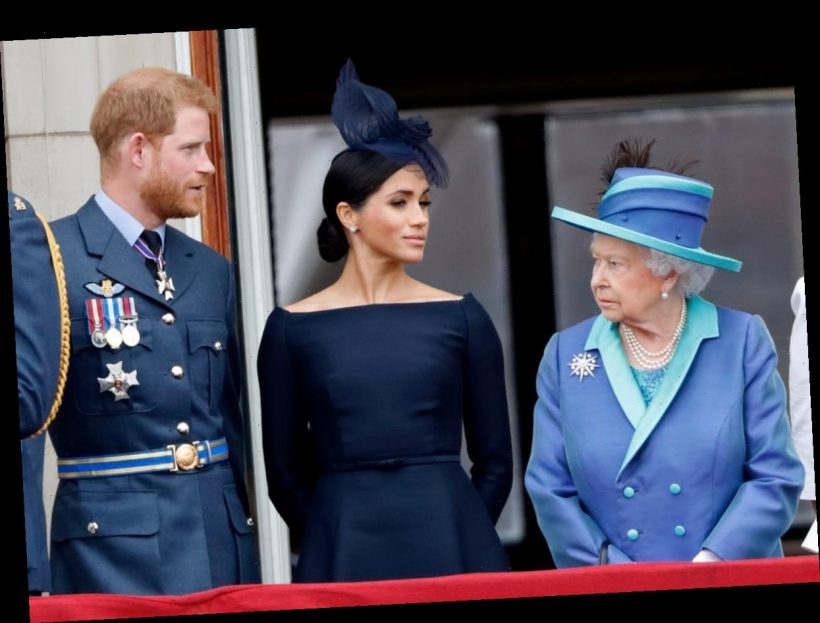 Prince Harry and Meghan, Duchess of Sussex will not be returning to the UK as working members of the royal family. In a statement, Buckingham Palace confirmed that the couple will be returning their royal patronages.

Harry will also return all of his honorary military appointments, but insiders claim that the Duke of Sussex wanted to keep them. Unfortunately for Harry, he can’t be “half in.”

The palace issued its statement after discussions with Prince Harry

Queen Elizabeth stripped Harry and Meghan of their duties earlier this month after a nearly one-year review period post-Megxit. The couple announced their intentions to “step back” as senior working royals in January 2020 so they could become financially independent.

Over the past year, Harry and Meghan have made multi-million dollar deals with both Netflix and Spotify. They also launched their Archewell Foundation, bought a new home in Montecito, California, and announced they were expecting their second child. It’s pretty clear that they are carving their own path independent from The Firm.

The palace issued a statement on Friday, February 19 confirming that the Duke and Duchess of Sussex would not return as working royals.

“Following conversations with The Duke, The Queen has written confirming that in stepping away from the work of The Royal Family it is not possible to continue with the responsibilities and duties that come with a life of public service,” the palace statement said. “While all are saddened by their decision, The Duke and Duchess remain much-loved members of the family.”

According to Deadline, there are a number of military, Commonwealth, and charitable associations that Queen Elizabeth will be taking back from Harry and Meghan.

All of those associations will now revert back to the queen and she will give them to other members of the royal family. After the palace issued their statement, the couple issued their own via a spokesperson.

“As evidenced by their work over the past year, the Duke and Duchess of Sussex remain committed to their duty and service to the UK and around the world, and have offered their continued support to the organizations they have represented regardless of official role,” the statement read. “We can all live a life of service. Service is universal.”

According to The Daily Mail, Prince Harry still holds three honorary military titles with the British armed forces. And, insiders claim he is “determined” to keep them. However, the palace has made it very clear that Harry can’t have it both ways.

When Harry and Meghan first announced Megxit, they said they wanted new “progressive” roles in the royal family.  The couple wanted to perform occasional duties for the queen. While at the same time doing their own thing in North America with their own foundation and business ventures.

However, Queen Elizabeth has officially made it known that it doesn’t work that way.

“The view is very clear – either you are in or you are out, and any form of ‘hybrid’ role is incompatible with representing the head of state,” one senior royal aide said.

Another royal source dished that the issue of Harry’s three remaining titles “is yet to be resolved” and “both sides have made their views clear.” Ultimately, it appears that Prince Harry is going to have to relinquish his military titles as part of a “clean break.”