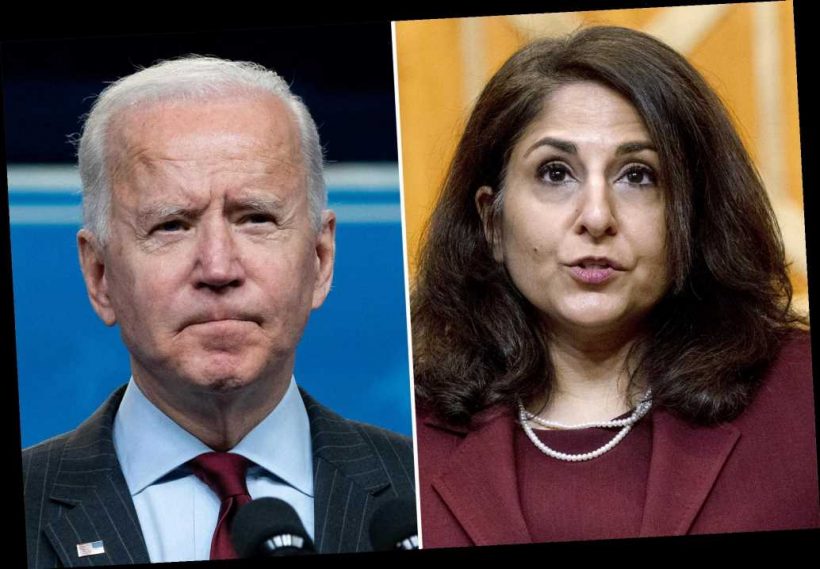 The White House is declining to condemn President Biden’s pick for budget chief over her divisive comments about lawmakers, despite withering criticism from both sides of the aisle — and says the commander in chief thinks she is the “right person” for the job.

Asked about concerns over Neera Tanden’s rhetoric Monday, White House press secretary Jen Psaki called it “an overstatement” to say that there was not a new tone of unity in Washington simply because of her nomination.

Psaki was responding to one of many questions about the nomination of Tanden as chief of the Office of Management and Budget — which became seriously imperiled after Sens. Joe Manchin (D-WV), Mitt Romney (R-Ut.) and Susan Collins (R-Me.) announced they would all oppose her, citing her harsh rhetoric towards lawmakers on both sides of the aisle.

“I think the fact that the president nominated her to…be running OMB reflects his view that she’s the right person to be in his cabinet,” she said, adding that the White House believed “her qualifications, her history of working across the aisle with people from different groups who have different points of view is a reflection of how she would do that role.”

In separate statements explaining their decisions, each senator denounced placing such a partisan figure in a role that required such bipartisan cooperation.

“Senator Romney has been critical of extreme rhetoric from prior nominees, and this is consistent with that position,” a spokeswoman for the Utah senator said, “He believes it’s hard to return to comity and respect with a nominee who has issued a thousand mean tweets.”

Collins argued that Tanden “has neither the experience nor the temperament to lead this critical agency.

“Her past actions have demonstrated exactly the kind of animosity that President Biden has pledged to transcend.”

“I believe [Tanden’s] overtly partisan statements will have a toxic and detrimental impact on the important working relationship between members of Congress and the next director of the Office of Management and Budget. For this reason, I cannot support her nomination,” Manchin said.

Tanden could not afford to lose a single Democratic vote in the 50-50 split Senate, and she cannot necessarily count on every remaining member of the party.

The longtime Clinton ally has an extremely rocky history with Senate Budget Committee Chairman Bernie Sanders (I-Vt.), who has not said how he will vote on her nomination.

The OMB nominee is a prolific tweeter and has used the platform to issue bombastic criticisms of lawmakers — as well as voters — who identify to her right and left.

After posts targeting lawmakers whose vote she would need for confirmation resurfaced in November, the vocal Democrat deleted over 1,000 tweets.

The tweets, some deleted and some still live, reference GOP lawmakers by name, tagging them, and blasting them for supporting former President Donald Trump, or in some cases, attacking them personally.

In an effort to address the controversy over her comments, she apologized for her rhetoric during her opening remarks at her Senate confirmation hearing.

“I deeply regret and apologize for my language and some of my past language. I recognize that this role is a bipartisan role, and I know I have to earn the trust of senators across the board,” she said earlier this month.