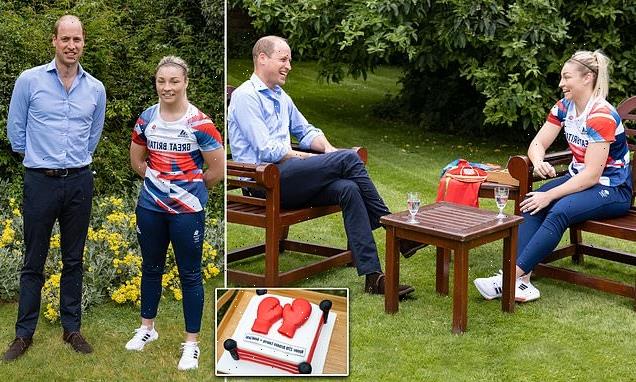 The Duke of Cambridge, 39, appeared in good spirits as he sat down with the athlete, who will become Wales’ first female boxer to compete at the Olympics.

Sitting a safe distance from each other in the Kensington Palace garden, William and Lauren, 27, chatted about the forthcoming Olympic games and Lauren’s extraordinary athletic career.

The royal even presented Lauren with a boxing-themed cake to celebrate her 27th birthday, which took place on June 25th, before sitting down for an interview together.

The photos were taken before William’s brother Prince Harry announced he has been secretly working on the book about his life in the for nearly a year which he has since sold to Penguin Random House. 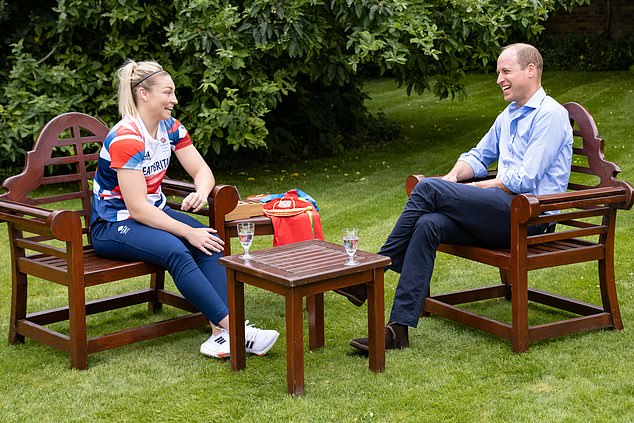 The Duke of Cambridge, 39, appeared in good spirits as he sat down with Team GB medal hope Lauren Price, who will become Wales’ first female boxer to compete at the Olympics, at Kensington Palace

Boxer Lauren made over 50 appearances for Wales Women’s national football team and won senior world and European kickboxing titles before focusing on her Olympic dream.

In an interview for BBC Sport, the Olympian spoke with the duke about her remarkable life and expectations for Tokyo.

‘The Olympics mean the world to me and if I was to go and win a gold medal it would top everything in my career’, said Lauren, who was raised in Ystrad Mynach, Glamorgan, by her grandparents, Derek and Linda.

‘I remember being sat in the living room with my Nan and Grandad watching the Olympics and seeing Kelly Holmes win gold, and at the time I didn’t know what sport I wanted to do, I just wanted to go to the Olympic Games.’ 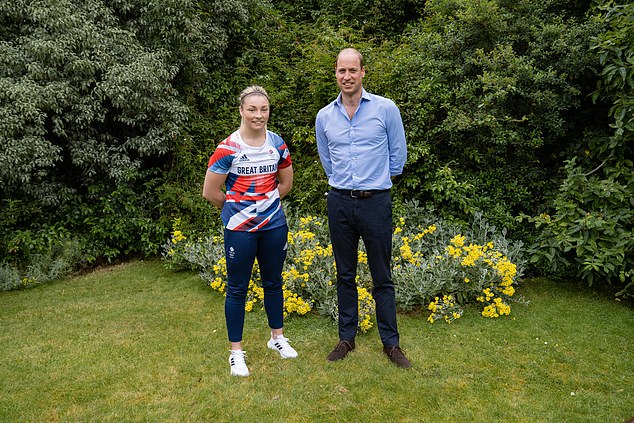 William and Lauren, 27, chatted about the forthcoming Olympic games and Lauren’s extraordinary athletic career which has seen her become four-time world champion and six-time European champion at kickboxing

Four-time world champion and six-time European champion at kickboxing, Lauren won the inaugural Welsh Premier Women’s Football League title with Cardiff in 2013 and won 52 senior caps for Wales before quitting football to focus on boxing in 2014.

Lauren, whose grandfather tragically died last year, revealed her sporting dreams in a story she wrote at school.

Nan Linda told the BBC: ‘Lauren said she wanted to be a world champion kick boxer, play football for Wales and go to the Olympics and the teacher laughed. I said, ‘You should never try and shatter their dreams’.

‘It’s just sad that her grandfather’s not here to see it because he would have been the proudest man in the valley.’ 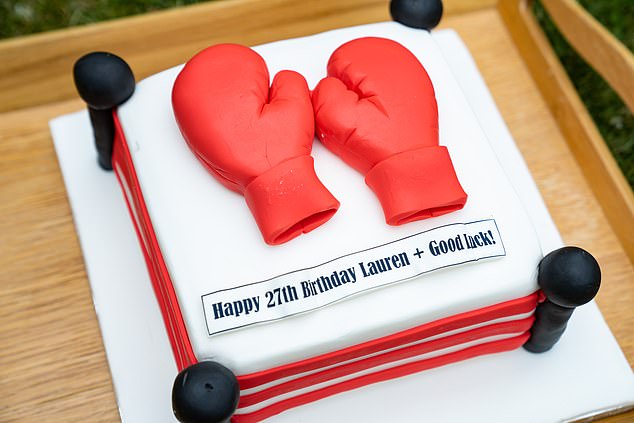 The royal even presented Lauren with a boxing-themed cake to celebrate her 27th birthday, which took place on June 25th, before sitting down for an interview together

GB Boxing performance director Rob McCracken added: ‘She’s a phenomenal athlete and a real role model for the females, certainly at GB Boxing and in the team.

‘She’s in a great position now to go on and fulfil her potential, which is winning an Olympic medal.’

William holds a number of patronages which reflect his sporting passions and keenly followed the Euros 2020 tournament, which saw England lose to Italy to earlier this month.

It was reported that the duke comforted the three black England footballers who were subjected to vile racist abuse after missing penalties during the match. 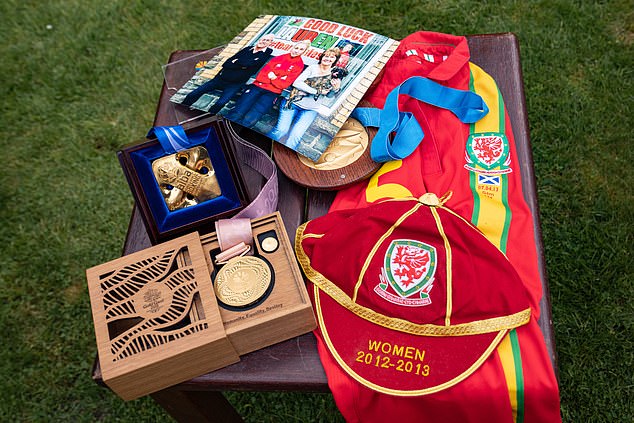 Lauren brought along some of the various accolades from her impressive career, as well as a picture of he grandparents Derek and Linda

William went to the dressing room at Wembley to commiserate with the squad after their defeat last Sunday and has since been ‘in touch’ with Marcus Rashford, Jadon Sancho and Bukayo Saka who were targeted by racist online trolls.

A source said William – who said he had been ‘sickened’ by the ‘unacceptable and abhorrent’ abuse – has also been liaising with the Football Association about how pressure can be put on social media firms to do more to tackle the issue.

The Prince is President of the FA and attended the final with the Duchess of Cambridge and their son Prince George. In a statement after it emerged the three players had been racially abused, he said: ‘It must stop now and all those involved should be held accountable.’

A Palace source told The Mail on Sunday that William’s ‘focus has been on supporting the players’ and there had been ‘private conversations’.

It comes as Prince Harry has been collaborating with Pulitzer-winning ghostwriter J. R. Moehringer in a rare move from a senior member of the royal family.

The first draft of the manuscript, currently untitled, is said to be almost completely written and is due to be submitted in October.

The proceeds of the deal are likely to be worth millions and, although the exact financial terms were not disclosed, Prince Harry will donate proceeds to charity, according to Random House.

Experts have told DailyMail.com that Harry will have been given ‘at least’ a $20million advance for the memoir with millions more to be made in sales.

But sources close to Prince Charles said Harry’s father was ‘surprised’ at the news and that the royals had not been warned that a book was in the offing until the news broke yesterday.