Kanan and Raq meet up in the aftermath of Kanan’s showdown with Howard in this EXCLUSIVE preview of the ‘Raising Kanan’ finale. Kanan stresses that Howard isn’t coming back.

Kanan arrives at Lou-Lou’s place to meet up with Raq. Right away, Raq notices that something is off. She asks Kanan where the clothes and money she gave him are. “I left it in the damn car,” he says in this EXCLUSIVE preview of the Raising Kanan finale, airing September 26.

Raq knows that Kanan needs to change, so they go inside Lou-Lou’s house. “What happened to your hand?” Raq asks her son. Kanan responds, “I fell on the way out of there.” She gives him a look, and he promises that he didn’t leave any evidence behind after shooting Howard. 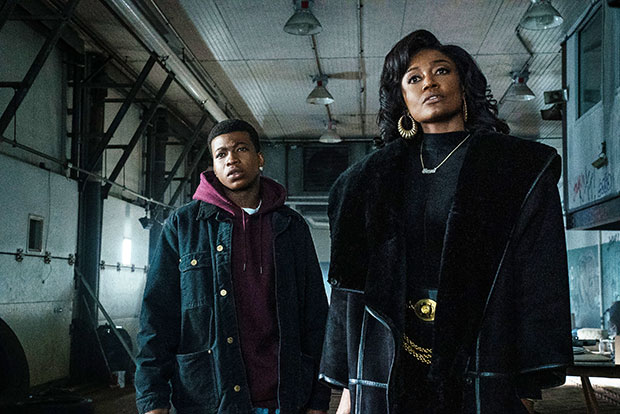 Kanan says he did everything else that he was supposed to do. She just has one more question. “How many you give him?” she asks. Right away, Kanan says, “Three.” But he adds that maybe he only fired two shots. In reality, he only fired one to Howard’s chest that we saw, but we did hear a second shot when the previous episode faded to black.

Raq stresses that there’s a big difference between two and three shots. “I can’t remember right now, mom,” Kanan tells Raq. She told him two shots to the chest, one to the head. She doesn’t understand how he forgot her specific instructions.

“Does it matter? Two? Three? He gone. I put him on his back, and he’s gone for good,” a firm Kanan says to his mother. But is he really? With Raising Kanan, you never know. 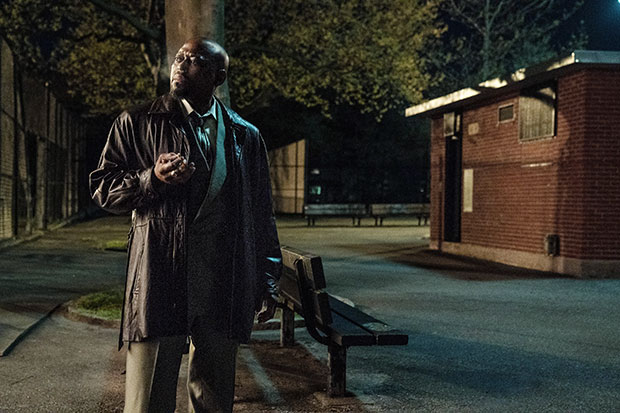 In the penultimate episode, Raq prepped Kanan for his biggest kill yet that would save them both. He wore Unique’s missing jacket to make the kill. When he pulled the gun out, Howard said, “You don’t wanna do that, son.” Kanan still doesn’t have any idea that Howard is his biological father.

“Raq is setting you up,” Howard said to Kanan just before Kanan pulled the trigger. Kanan walked up to Howard after the first shot and prepared to take the second, willing and able to take a “hit” that wasn’t even his. The Power Book III: Raising Kanan finale airs Sunday, September 26, on STARZ.