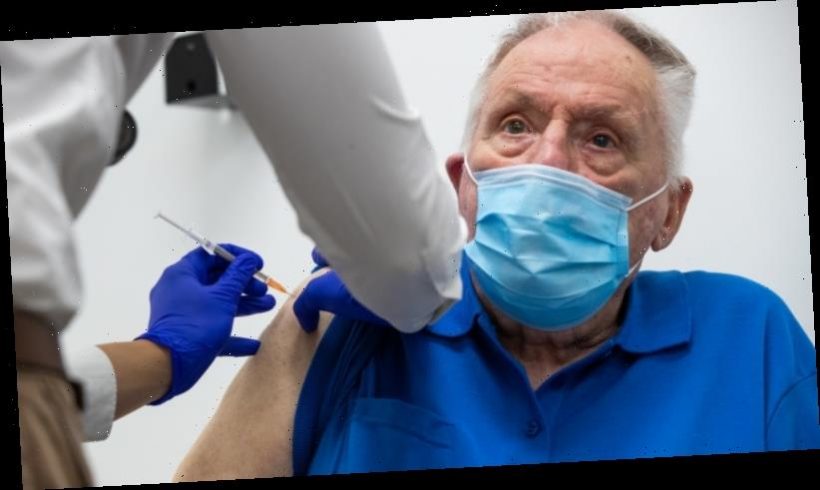 Just over thirteen months since COVID-19 first reached Australia the nationwide vaccination program has begun, with tens of thousands of aged care residents, healthcare workers and quarantine staff rolling up their sleeves for vaccines.

An army of nurse immunisers have begun travelling to aged care facilities to immunise the elderly residents in 190 towns across the country, while 16 hospitals have become vaccination hubs for the workers at the frontline of the pandemic response.

The vaccine rollout was launched in Sydney on Sunday, with Prime Minister Scott Morrison and Chief Medical Officer Professor Paul Kelly receiving the vaccine in front of a large media pack.

The country’s first vaccine recipient, 84-year-old Jane Malysiak, received a round of applause after getting a dose of the Pfizer shot.

“It is wonderful to see the reports of those first quarantine workers, Border Force workers and front-line health care workers lining up to get their immunisations at the hubs right across the country,” he said on ABC News Breakfast.

“[They are] providing essential protection to some of the most vulnerable people in Australia,” he said.

As the United States marks a grim milestone with the death toll from the pandemic topping 500,000 people, Professor Kidd said the beginning of a national vaccine program was a very important day.

“Today is a real milestone in our collective response to tackle COVID-19 and bring things as rapidly under control as we can.”

In Victoria, Professor Rhonda Stuart was the first in the state to be vaccinated. The head of infection control at Monash Health, her team treated the first COVID-19 case confirmed here last year.

Second in line in Melbourne was Dr Rachel Rosler, director of emergency medicine at Monash. She said it was a huge relief to get the vaccine.

“I think I’m a little bit more emotional than I thought that I would be,” she told ABC News Breakfast.

The vaccination rollout in NSW officially kicked off at 8am, with more than 1200 in line to get immunised on Monday.

NSW Health minister Brad Hazzard said since the beginning of the pandemic, there had been some “very dark and worrying days”.

“What we’re seeing today is buzz and excitement from the people who have been there in those darkest days on the front line working hard, suddenly now seeing the light,” he said.