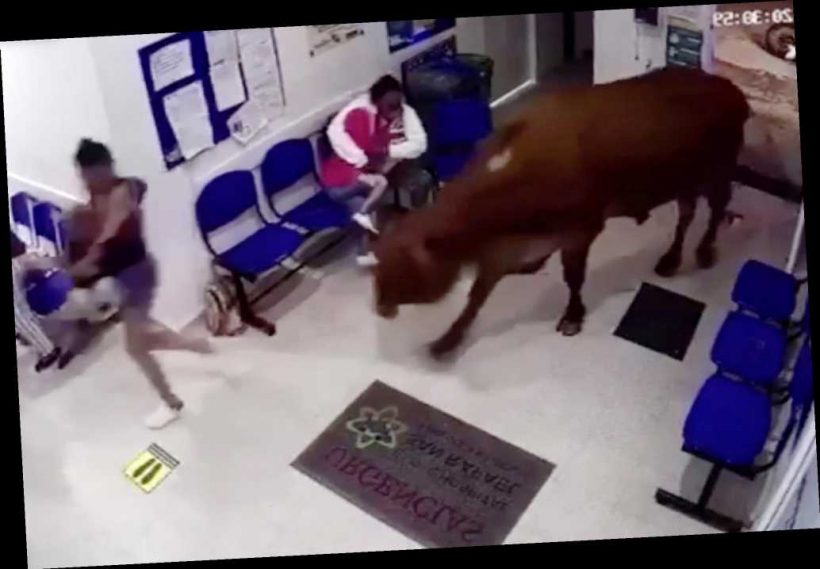 Kangaroo captured on video punching Australian man in the face

“Bull in a china shop” has got nothing on “cow in a Colombian clinic.”

An enraged bovine redefined “having a cow” after stampeding through a Colombian hospital as petrified patients fled for their lives as seen in a Newsflash viral video of the hot-headed heifer’s rampage.

All of a sudden, a humongous rogue cow enters the frame, causing them to scatter like an impromptu Running of the Bulls festival.

Things get really hairy after the beast traps a group of people in the corner of the room, battering several with its head and hooves before Samaritans manage to steer it away by its leash.

The video then pans to outside, where bystanders are seen trying to coax the enraged animal out of the clinic by whooping and hollering.

Fortunately, no one was seriously injured during the ruckus, according to local news. However, one woman sustained minor contusions from getting trampled, while two motorcycles and several chairs were also damaged.

The cow’s owner reportedly went to the hospital to apologize for the incident as well as to inquire about the damage and the victim’s health.