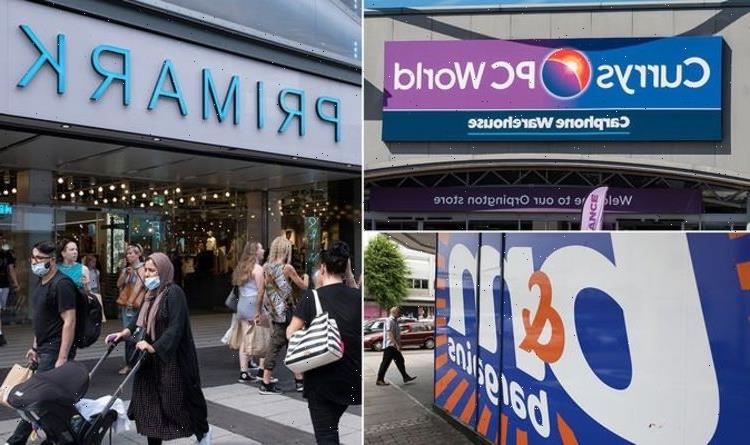 Boxing Day is synonymous with bustling high streets and ‘SALE’ signs in shop windows. But for a second year in a row, December 26 will seem very different compared to usual. You might struggle to find your favourite stores open this Boxing Day. However, some shops will be open to the public, including Currys PC World, Tesco, and Asda.

Boxing Day is usually one of the busiest days of the year for retailers.

It’s the first chance retailers get to get rid of excess stock that wasn’t sold in the build-up to Christmas.

Shoppers aim to take full advantage of the mega sales, saving up to 50 percent on clothes, foods, gifts, and household appliances.

But a lot of supermarkets and high street stores have already revealed their intentions to remain closed on Boxing Day this year, to give their staff a chance to rest after another difficult 12 months.

Before heading to your favourite shop this Boxing Day, it’s a good idea to check online to see whether your local store is open.

Clothing giant Primark will be open on Boxing Day this year; albeit with reduced hours.

Each local store appeared to be operating individual opening times, ranging from 8.30am-6pm, to 10.30am-5pm.

B&M will be closed on Christmas Day and New Year’s Day this festive season, but it will be open on Boxing Day.

Seeing as Boxing Day falls on a Sunday this year, all stores will be operating reduced opening hours – usually between 10am and 4pm.

All Matalan stores will be open on Boxing Day this year, operating on normal Sunday trading hours.

There are some exceptions to the opening hours, with a selection of stores open from 10am to 4pm.

Womenswear retailer New Look will be open on Boxing Day for reduced hours.

Check online for your local store’s opening times before heading out, although most stores are open from 10.30am to 4.30pm.

H&M is preparing some mega Boxing Day sales this year, and you’ll be able to head in-store to snag a deal in person.

Opening hours are working on a local basis, but largely include 10.30am to 4.30pm.

If you’re looking for some electrical appliances this Boxing Day, you’re in luck.

Currys PC World stores are expected to remain open between – again, on reduced hours. Your local store is likely to be open between 10am and 4pm, but don’t forget to check online before heading out.

Tesco is one of the few supermarkets remaining open on Sunday this weekend.

Opening hours will be reduced, but Tesco Extra and Tesco Express stores – as well as petrol stations – will be open to the public.

Supermarket Asda will also be open on December 26 this year, on its usual Sunday opening hour schedule.

Reduced hours are expected to run until December 27, when stores will go back to their usual 8am to 8pm opening times.