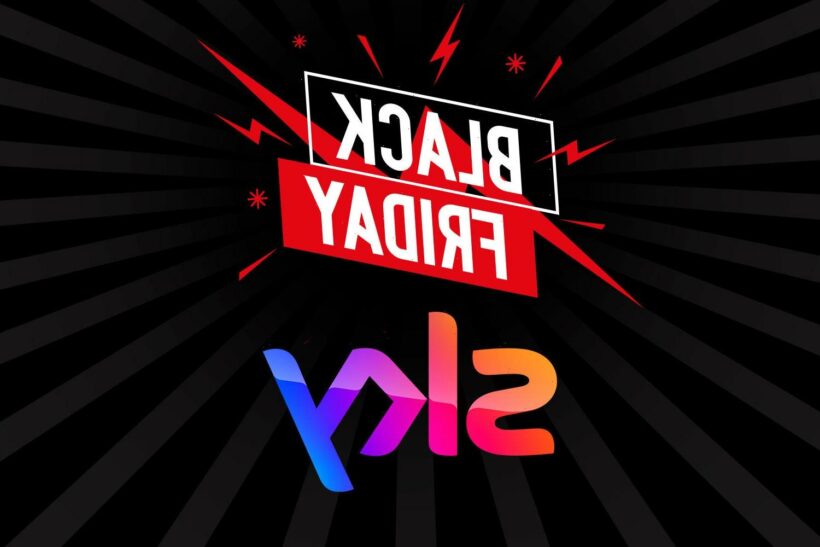 BLACK Friday is just around the corner, and Sky has launched its broadband sale.

The telecoms giant often rolls out big price cuts and exclusive bundle deals during the popular discounting season, and this year looks like it's no exception – you'll find some impressive offers on its broadband packages. 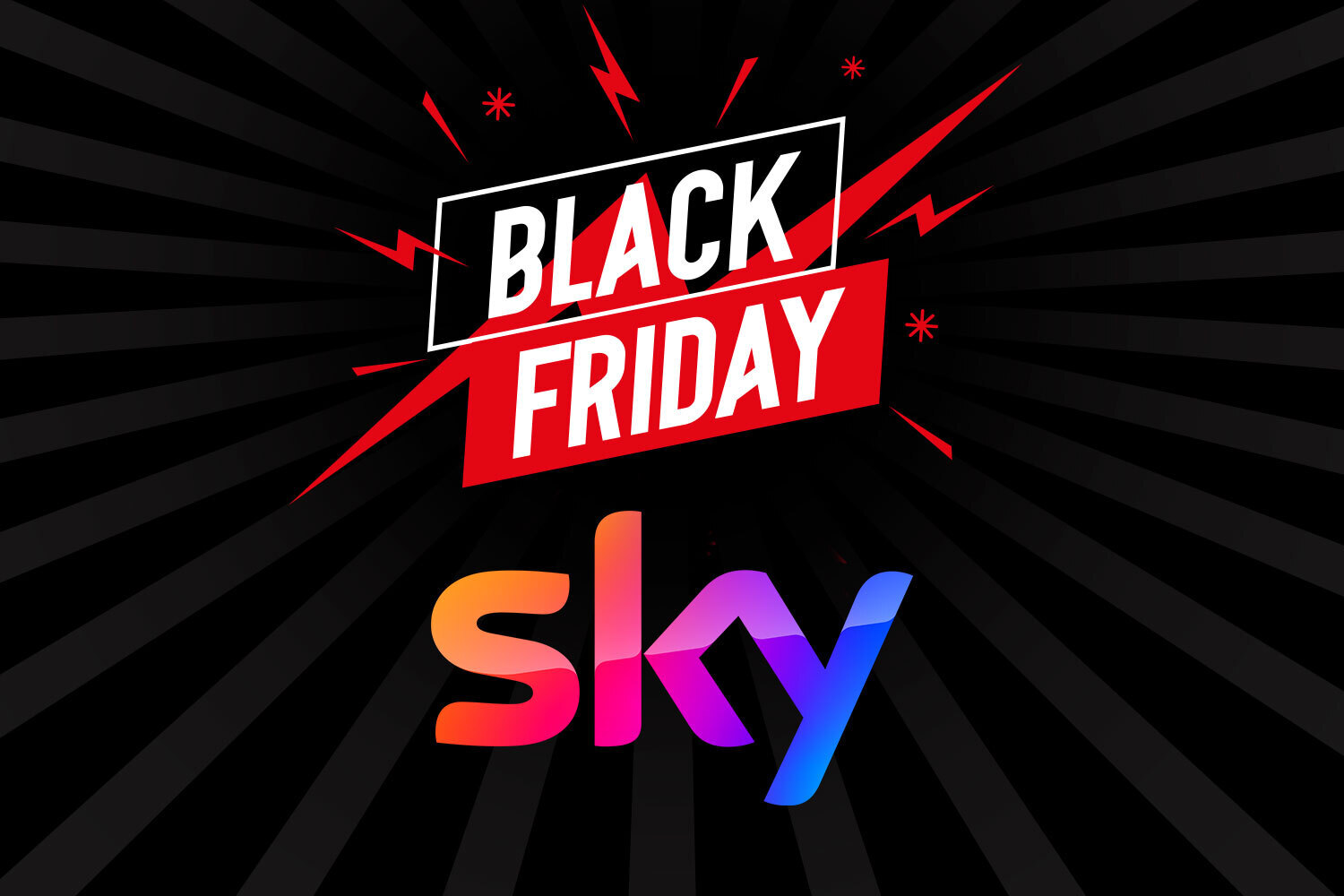 *We may earn revenue if you click the links below and buy the products but we never let this affect our recommendations. Remember, to shop around on Black Friday to make sure you're getting the best price.

Sky, of course, offers a wide range of services, from TV packages to broadband to mobile contracts – the telecom giant has plenty to offer.

But during Black Friday, it's easy to becoming overwhelmed by the sheer scope of what's out there – and you can be certain that rival companies will also be offering some red-hot deals.

Sky rolled out its broadband sale on Friday November 12, with solid offers across two of its packages – certainly if you're on the hunt for a new broadband provider, we suggest you give these some consideration.

We've listed all three tiers below:

Before you getting buy, it's not just worth checking our pick of the best Black Friday broadband deals, but comparing services in our best UK broadband provider round-up too.

This year Black Friday will fall on November 26, but shoppers can expect that most UK retailers will start teasing early deals a few weeks before the official event date.

This is something a number of key brands have chosen to do over the last few years.

Traditionally Black Friday is an American shopping event, but the trend crossed the Atlantic a few years ago and is now one of the biggest sale shopping dates in the calendar.

The sales tend to begin around two weeks ahead of Black Friday, so it can pay off to keep a lookout for deals from mid-November.

Sky normally kicks off its Black Friday deals ahead of the official Black Friday date, which means bargain-hunters will have longer to check out all the deals that are on offer in order to find the best one that suits their needs.

What Sky Black Friday deals can we expect in 2021?

At the moment it's just Sky's broadband sale that's been rolled out (see above), but you can continue to regularly check back to this guide for further news and updates as they are announced.

But if we look at last year's offering, there was a mix of deals for new and existing customers, with offers covering TV bundles, mobile phone packages and broadband plans.

Highlights included 50 per cent off Sky Sports, Sky Cinema and Sky Kids packages that were bought as add-ons to a regular Sky subscription.

Superfast broadband was also slashed to just £25 a month, saving shoppers 30 per cent off the normal £37 a month fee.

Like many retailers, Sky tends to run its Black Friday offers right through until Cyber Monday (which falls on November 29).

This means shoppers have an extended window to look for suitable deals, even if you choose not to make a purchase on the big day itself.

When is Cyber Monday and will Sky be taking part?

The Black Friday deals usually continue until the following Monday which is known as Cyber Monday.

This year it falls on November 29, and we expect this will be the final day to snap up Sky deals.

Yes, it does. Sky Mobile  is also set to roll out offers over the Black Friday 2021 shopping event, although it is yet to confirm what deals will be included.

Last year saw savings on both pay-monthly packages and sim only deals, with top smartphones like the iPhone 12 and Samsung S20 5G featured in the discounts.

You can browse the current Sky Mobile deals here.

Last year existing Sky customers were able to take advantage of some of the offers listed above.

However, depending on their existing contract extra fees may have applied, and some deals required the customer to pay a one-off admin fee too.

We expect there to be a similar setup again this year.

Is Black Friday a good time to buy TV or broadband?

Black Friday is a great time of year to look for a new TV or broadband deal.

All the different providers are likely to offer discounts, so if you've let your introductory offer slip onto a rolling contract, switching providers or getting a new package could save you a bundle.

It might be worth waiting until all the providers have launched their Black Friday deals before you spend your money, though.

TV and internet packages can't sell out, so you might as well see what offers are available on Black Friday to get the best price.

What channels do you get with Sky?

The exact number of channels you'll get with Sky depends on the packages you purchase.

To give you an idea, the Entertainment bundle, which is Sky's basic offering, includes roughly 100 channels, in addition to the Freeview ones, for a total of around 250.

Netflix Basic is also included in all of Sky's TV packages.

How to get Sky TV

Getting a Sky TV subscription is quite easy. All you have to do is go to their site, click on the "Get started" button, then build your own package.

The basic one is only £25 a month, but there are currently several Black Friday deals, so it may be worth to step up your game and get as many packages as you can, while sales last.

Is Sky Q worth having?

We think so! Sky Q has replaced the old Sky+ box and now comes as standard in any Sky subscription.

The advantages of owning a Sky Q box are numerous, including the ability to record three things at the same time while watching a fourth.

The Sky Q box also allows you to stream your channels to one tablet, and can even act as a Wi-Fi hotspot.

And with Sky Q, you can purchase extra Mini boxes to have access to all your channels in different TVs in your home.

Yes, in order to receive Sky signal you will need to have a dish, as Sky TV is provided by satellite.

Back in 2017, Sky announced it was working on a Sky box version not requiring a dish, having the channels delivered through broadband connection instead.

However, the company has not posted any upgrades on a dish-less Sky box since then, so a dish a still required to receive Sky signal.

The good bit is: if there is already a dish on your property, Sky will send an engineer out to get you connected.

Does Sky offer any other discounts?

Sky offers some great discounts for NHS staff through Health Service Discounts. Students who are members of UNiDAYS can also get 25% off a SKY TV membership.

Enjoyed reading about what to expect from the Sky Black Friday 2021 sale? If you're hunting for a deal on a new phone, we've rounded up all the best contracts you can get on the newest iPhones.

Or if you want to upgrade your internet service, we've also found the best UK broadband providers.

Stay up to date on all the best deals as they launch in our Best Black Friday 2021 deals roundup.