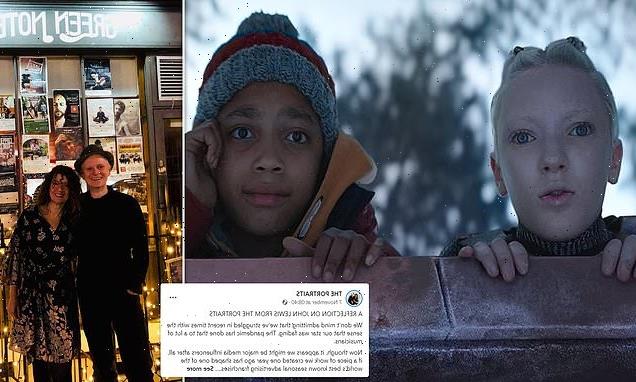 John Lewis has been accused of copying the song it used in its new Christmas advert from an obscure Somerset band.

The Portraits, a husband and wife from Wells, claimed the department store ripped off their arrangement for Together In Electric Dreams.

Lorraine and Jeremy Millington blasted the chain for allegedly nicking the ‘feeling’ in their version of Philip Oakey and Georgio Moroder’s 1985 smash hit.

But John Lewis hit back saying ‘there was no substance to the claims’ and added it was ‘unable to consider ideas from other external or internal sources’. 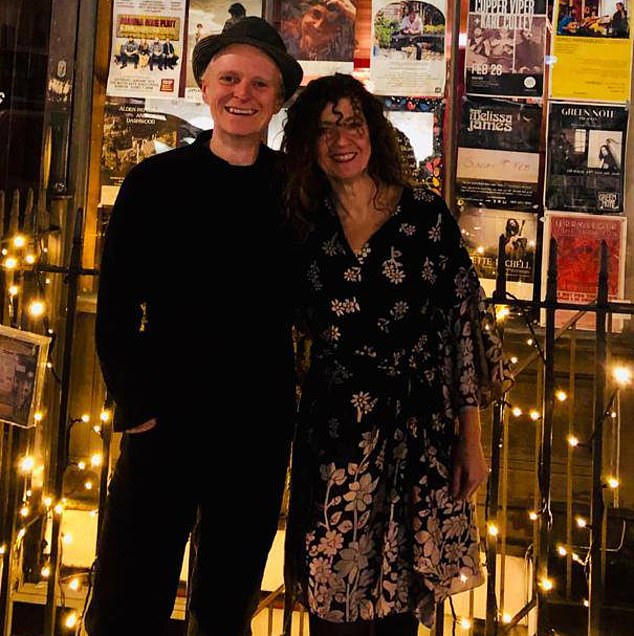 The Portraits (pictured), a husband and wife from Wells, claimed the department store ripped off their arrangement for Together In Electric Dreams

The Portraits wrote on Facebook: ‘Our version was a fundraising song aimed at supporting bereavement and mental health organisations that have needed the money more than ever during the pandemic…

‘We had a (perhaps naive) dream that we could use a future ad by the company with our soundtrack linked to it to maximise the funds going to those charities.

‘But instead, John Lewis went with the idea and produced a version borrowing the ‘feeling’ and many elements of the arrangement of our version, without even letting us know they were planning to do so.’

The band’s cover of the song came out last Christmas and aired on BBC radio and ITV’s This Morning.

They said they emailed John Lewis in March to ask if their arrangement could work for their festive advert this year, but did not hear back. 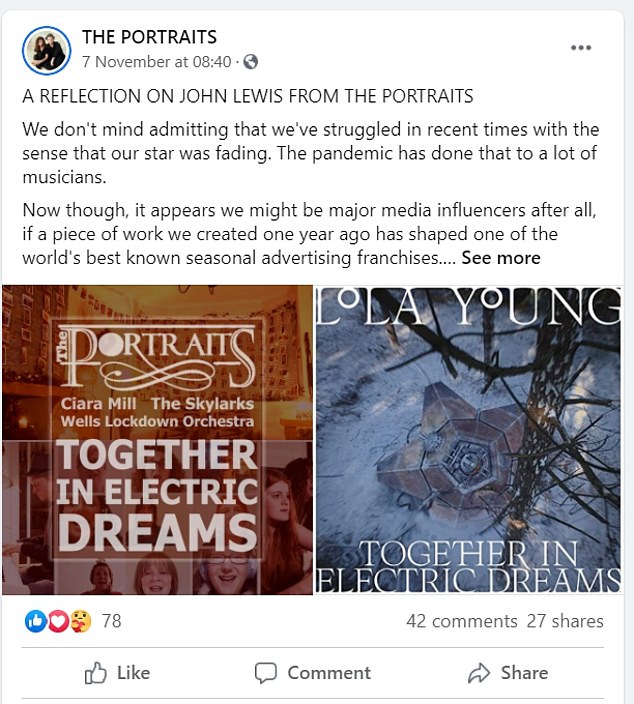 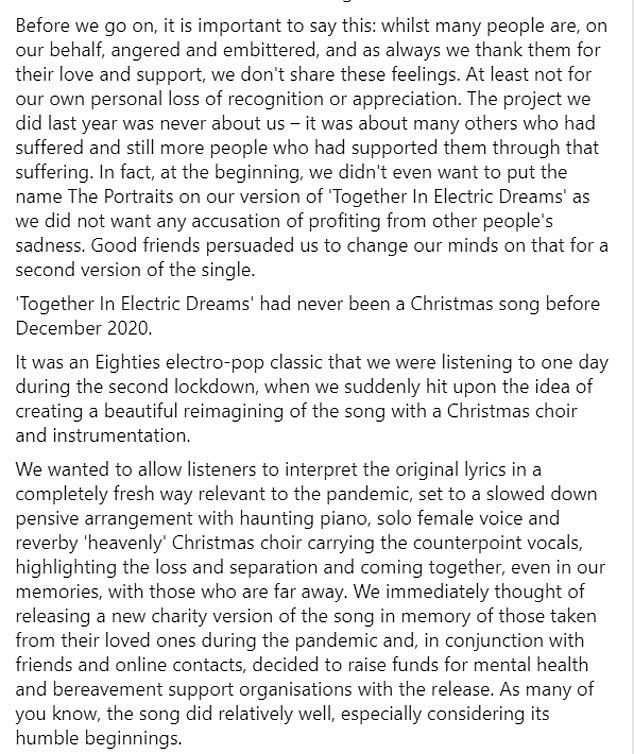 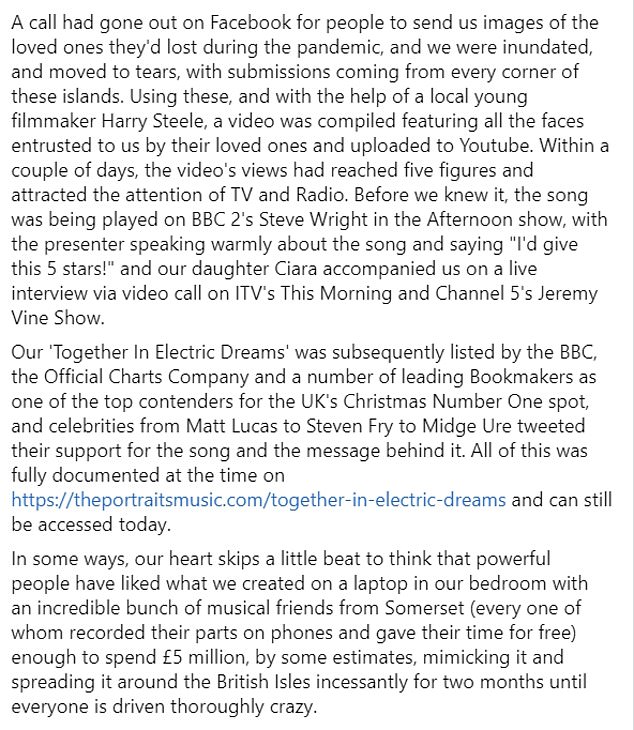 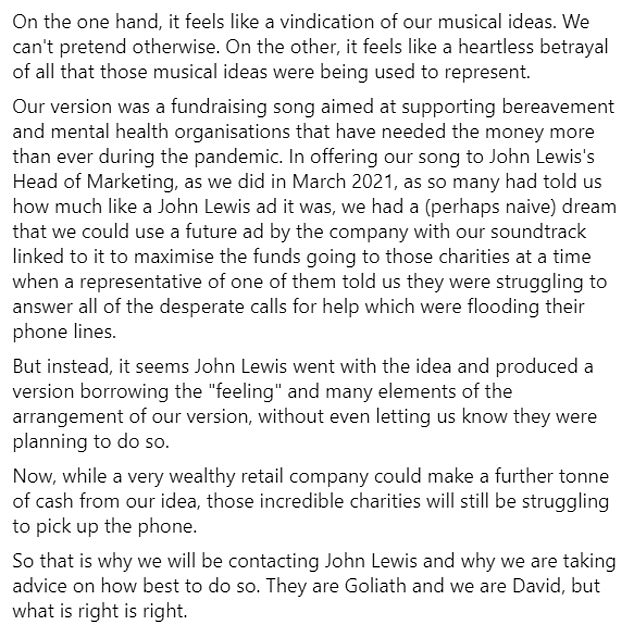 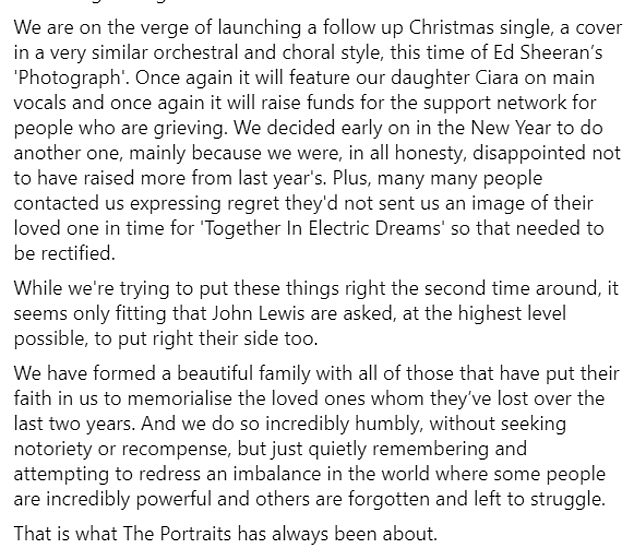 The store used 20-year-old singer songwriter Lola Young to belt out Together In Electric Dreams in the advert.

It categorically rejected the couple’s allegations, saying it was ‘unable to consider ideas from other external or internal sources’.

It said: There’s no substance to the claims as the person contacted by email left at the start of the summer and had no involvement in this year’s Christmas ad,’ the statement reads.

‘The music that accompanies the ad is always the final element to be added and this year was chosen at the end of October.

‘The creation of advertising and music is carried out solely by our agency and we are unable to read or consider ideas from other external or internal sources.’ 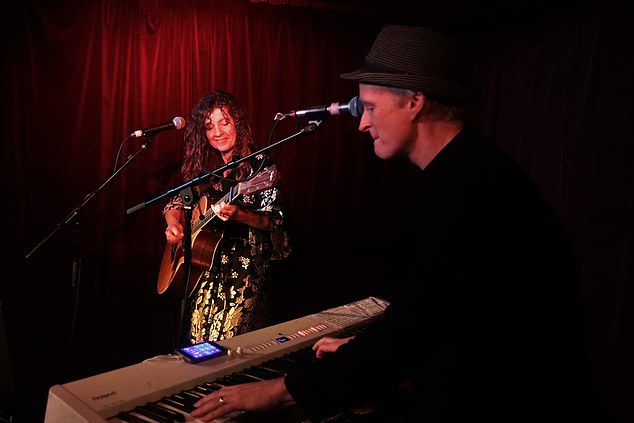 It comes after the TV advert was blasted for being ‘pathetically predictably woke’ and having too much of a ‘message’ instead of a traditional festive theme.

The ad, titled ‘Unexpected Guest’, features a young boy introducing an alien to Christmas, before she emotionally departs back to her home planet.

It stars space traveller Skye crash-landing at the height of festivities in the woods near the home of 14-year-old Nathan.

He introduces her to the traditions of eating mince pies, decorating the tree and, to her slight confusion, wearing novelty jumpers.

Viewers interpreted it as about being inclusive of people and said it could echo the situation of a child refugee or acceptance between different cultures.

But some were far from impressed with the latest campaign and accused it of lacking ‘any Christmas emotion’ – with some even vowing to boycott stores.