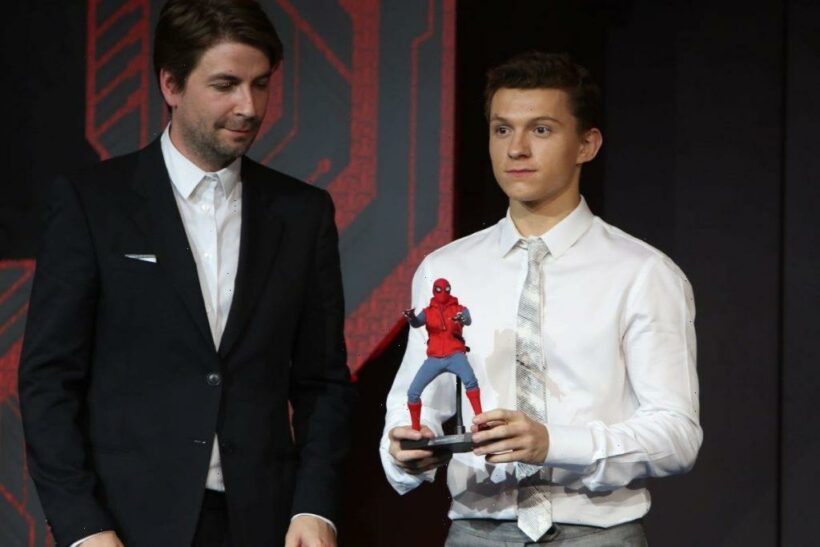 Spider-Man: No Way Home will explore the Marvel multiverse and bring back villains from previous iterations. But according to Tom Holland, when director Jon Watts initially pitched him the third movie, he had a completely different story and villain in mind.

‘Spider-Way: No Way Home’ features a mash-up of villains

The film serves as a great starting point for Marvel Studios’ plans to introduce non-Marvel Cinematic Universe characters and actors into the fold. Andrew Garfield and Tobey Maguire are rumored to appear in Spider-Man: No Way Home. And Kevin Feige recently announced that Charlie Cox, who played Matt Murdock in Netflix’s Daredevil, will reprise the role in the MCU.

When Watts was developing ideas for the third Spider-Man film, he had a completely different story in mind. When talking to Collider recently, Holland revealed that the director told him the movie would be centered on Peter’s longtime comic book adversary, Kraven the Hunter.

“For a long time, there was going to be a Kraven movie that was going to be the third movie because things weren’t working out and all sorts of different stuff,” Holland explained.

“Jon pitched me this Kraven movie, which actually was really cool,” he added. “I don’t want to talk about it in case that movie ends up happening down the line, but it was fun.”

Kraven the Hunter could appear in the next Spidey movie

Spider-Man: No Way Home producer Amy Pascal recently revealed that Sony and Marvel have plans to make three more Spidey movies with Holland. So, Holland suggested, there is a chance Watts revisits his original concept for the next project.

In May 2021, Sony announced plans to make a Kraven the Hunter film starring Aaron Taylor-Johnson as the titular antihero. J. C. Chandor is set to helm the movie and work alongside writers Art Marcum and Matt Holloway. The movie is scheduled to hit theaters in January 2023.

In Marvel comics, Sergei Kravinoff, aka Kraven the Hunter is a highly-skilled hunter. His main mission is to hunt and kill Spider-Man. The character first appeared in the 1964 comic bookThe Amazing Spider-Man #15. He has immense strength and is an expert tracker and tactician.

Over the years, Kraven the Hunter has been in several Spider-Man stories. In some iterations, he’s hell-bent on hunting the teen hero. But in others, Kraven respects Spider-Man for defeating him and becomes an ally.

It may be a while. But there’s no doubt Kraven the Hunter will be an exciting character to see in the MCU. For now, fans can revel in all that is the MCU Multiverse. Spider-Man: No Way Home hits theaters on Dec. 17, and Doctor Strange in the Multiverse of Madness, which has a premiere date of May 6, 2022.