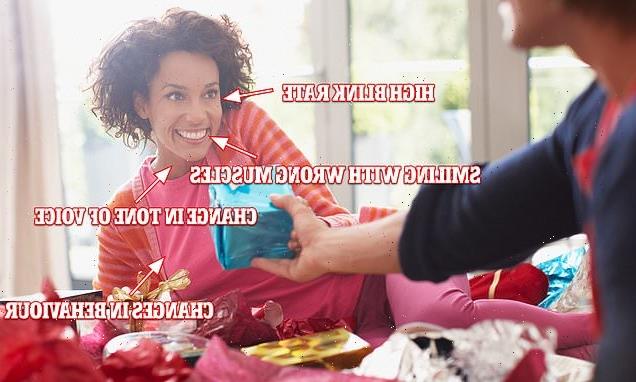 A change in tone, increase in blink rate and ‘fake’ smiling are three common tell-tale mannerisms of deception, according to ‘human lie detector’ Steve van Aperan.

With Christmas just over a week away, Mr van Aperan, who worked in the criminal investigation branch of the Victoria Police Force and is a certified Forensic Polygraph Examiner, said these body language signs can be used to determine if someone dislikes a gift or feels uncomfortable

‘The easiest way to identify if someone is not being truthful is to look for conflicting body language,’ the Melbourne body language expert told Daily Mail Australia. 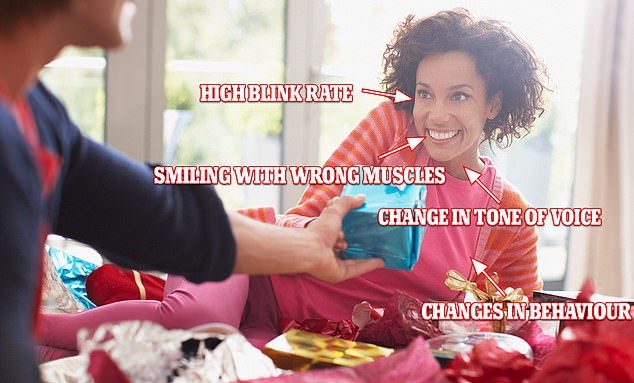 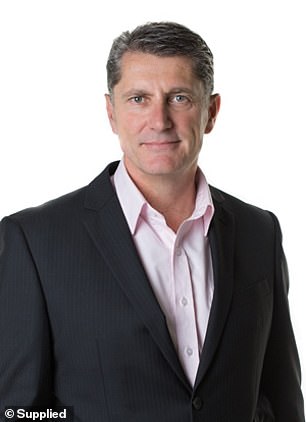 ‘We tend to know our loved ones quite well, so any changes from their normative behaviour can indicate that they are uncomfortable and feel the need to lie.’

It comes after research by Italian coffee brand Lavazza predicts eight million Australians will regift this Christmas after receiving a present they disliked.

Mr van Aperan said facial expressions are known as ‘micro-expressions’ – small hints of concealed emotions – with the most common being a ‘fake’ smile compared to engaging in a ‘real’ smile.

‘A “fake” smile takes place from the nose down and doesn’t activate any muscles above the nose, whereas a ‘real’ smile does,’ he said.

‘With a fake smile, all you’re doing is lifting the corners of your mouth to make you appear happy – as if you were posing for a photo.’

A lesser-known body language sign of deception is an increase in the rate of blinking.

You may notice a spike in someone’s blink rate by up to eight times the normal pace after telling a fib.

‘A lot of people think liars look away when they’re fibbing, when in fact it’s the opposite,’ Mr van Aperan said.

‘Through research we know that when someone lies their blink rate multiplies six to eight times faster than normal.

‘Interestingly this doesn’t occur while they’re telling a lie, but in the milliseconds after the delivery of a deception.’

HOW TO TELL IF SOMEONE IS BEING DECEITFUL:

Change in tone of voice

Repeating questions before answering them

When people lie, they want to minimise the possibility of being exposed or caught in their lie, and so a common tactic used to avoid this is called ‘aversion’.

Mr van Aperan said: ‘If you gifted a present to a friend and you noticed their face drop in disappointment, you may ask them, “do you like it?”.

‘To be polite, that friend would engage in aversion and try to steer the conversation away from the original question.

He added how they might begin to overshare with superfluous and irrelevant information in a bid to change the conversation topic.

‘Their response may sound something like, “Oh wow, socks! I have been meaning to pick up some socks from the shops, but I never got around to it. I’ll definitely wear these!”,’ Mr van Aperan said.

Change in tone of voice

Tone of voice is considered a ‘paralinguistic cue’, a non-lexical element of communication by speech.

Mr van Aperan said when someone is telling a lie they often attempt to manipulate their own tone of voice to try to increase the believability.

‘People often do this by changing their pitch, voice modulation and speed of delivery – faster to make the lie sound like a comment in passing, or slower to make the statement sound more deliberate,’ he said.

After giving someone a Christmas present, take note of whether the pitch or tone of their voice changes. 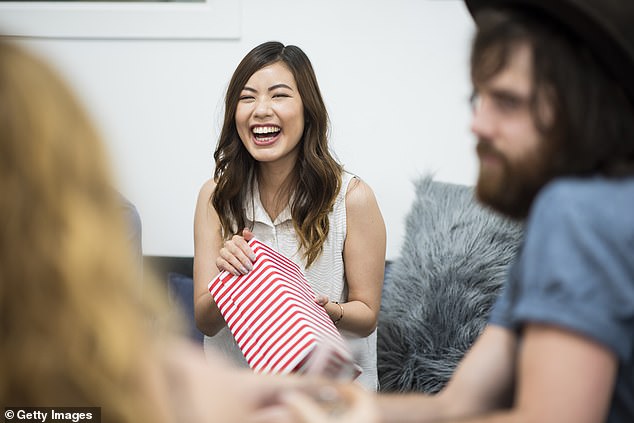 According to new data by Lavazza, an estimated 3.3 million Aussies (19 per cent) have been caught regifting, with 1-in-5 respondents also citing that they had their present regifted back to them.

With the country projected to spend $17.3 billion on Christmas this year, the research found that Aussies spend an estimated 76 million hours searching for the right gift for their loved ones.

Despite attempting to choose the perfect present, 75 per cent of people believe they can tell when someone doesn’t like a gift – with change in facial expressions (45 per cent) the biggest giveaway, followed by hesitation before responding (33 per cent), breaking eye contact (22 per cent) and changing the subject quickly (20 per cent).