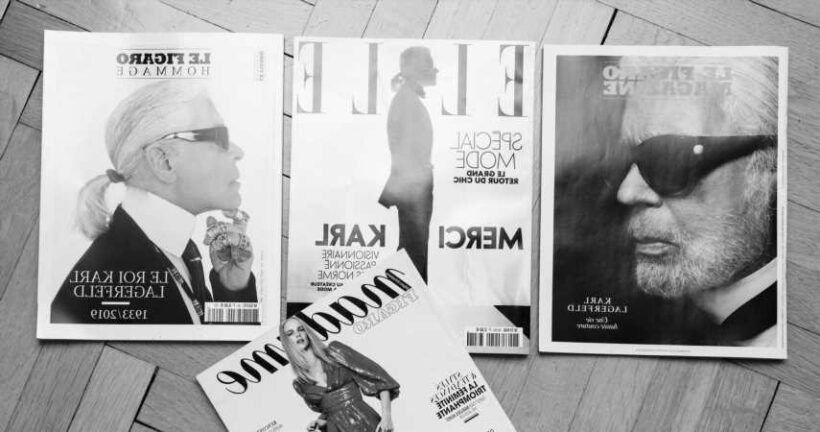 Karl Otto Lagerfeld was a famous German fashion designer, artist, photographer, and caricaturist. The highly accomplished fashion mogul went on to set a new standard in the fashion industry, with his vast list of accomplishments conceived through the usage of several unorthodox techniques, creative ideas, and a montage of creative decision making. Karl was a vital part of the fashion world, with his passionate outlook on the segment benefiting his personal net worth and a range of several established fashion firms.

Karl’s contribution to the fashion industry has revolutionized the segment to a huge extent, with his designs, techniques, and creative mindset proving to be a reference point for several big-money fashion houses of modern times. Lagerfeld’s illustrious career features the usage of a host of industry-first ideas and techniques that dazzled several established fashion executives and companies at the time, with his out-of-the-box thinking and a rather artistic approach doing wonders for the segment.

An Inherent Zeal For Fashion

Karl Lagerfeld’s immensely credible stance in the fashion industry was down to his focused and passionate outlook on the segment at the outset. An ardent 17-year-old Karl would try his hand at a fashion designing competition held by the ‘International Wool Association’, with his fresh ideas and drive for fashion granting him the victory at the event.

There was no looking back for Karl at this point, as the aspiring young fashion designer came under the radar of renowned French fashion designer ‘Pierre Balmain’. Karl’s coat design was produced by Balmain himself, with the established fashion icon doing wonders for Karl’s confidence and career trajectory by hiring him as his personal assistant.

Karl’s credibility in the fashion industry snowballed after working alongside Balmain. The emerging and highly creative fashion designer refined his skills further by working as an art director for yet another established fashion mogul, French designer Jean Patou.

Karl’s time working with some of the fashion industry’s most notable personalities did wonders for his personal growth, with his self-confidence and superior understanding of the segment-leading him to take a bold decision to work as a freelancer in 1962.

The emerging German fashion designer swooned several famous celebrities and fashion executives like Mario Valentino, Chloe, and even Charles Jourdan with his eye-catching designs and a variety of fresh ideas that possessed a skyrocketing style quotient.

Karl’s continued success in fashion saw him associate himself with the luxury fashion brand Fendi. The artistic designer grabbed the fashion industry’s attention with his unorthodox designs that featured the usage of several unprecedented materials in the form of rabbit and squirrel fur.

Karl set a standard in an essential genre of the fashion industry, with his clever usage of fur now incorporated into everyday clothing. Karl’s association with Fendi continued up until his demise, with his fresh ideas making him the creative director of the brand’s womenswear and fur lines.

RELATED: 10 of Fashion’s Most Avant-Garde Designers

A Man With A Divergent Thought Process

Karl Lagerfeld made headlines across the globe in 1975. The German fashion icon stepped out of the realm of standardized fashion and went on to create a fragrance without establishing a dedicated label.

Karl’s time with the renowned French luxury fashion house Chloe culminated in the production of the perfume bottle bearing the name of the firm and the phrase ‘Parfums Lagerfield’ that was a subtle nod to the innovative German fashion designer himself.

An Important Asset To The Fashion Industry

Karl Lagerfeld was now atop the summit of success in the fashion industry. By 1983, the passionate German fashion designer became the art director for renowned French luxury fashion house Chanel, with his intelligent decision-making abilities and fresh ideas saving the firm from an impending financial downfall.

It was a dark time for the fashion industry, with the likes of several big-time fashion firms like Coco Chanel and Balenciaga feeling the wrath of an evolving consumer base that was now inclined towards a more modern outlook when it came to their fashion accessories and designers.

Karl quickly identified and rectified this issue and would extensively revamp the entire Chanel product portfolio to suit the times. The artistic fashion mogul introduced tweed into the upcoming ‘Grunge Style’ of clothing at the time and even placed the firm’s monogram on a variety of flashy belts and jewelry that only added a dash of elegance to the luxury fashion firm’s vast product portfolio.

Karl Lagerfeld was undeniably one of the most accomplished fashion designers the world has ever seen. The German fashion icon revolutionized the world of fashion with his out-of-the-box thinking and fresh ideas and raised the bar for quality and panache in the segment. Karl’s hard work and commitment are evident from his long list of accomplishments, but it’s the aura of versatility that made his illustrious career all the more impressive. The fashion tycoon successfully tried his hand at creating fragrances and has even achieved immense critical acclaim in the world of photography, signifying his zeal to be the very best at what he did. Lagerfeld’s contribution to the world of fashion undeniably shaped the segment to flourish in modern times.