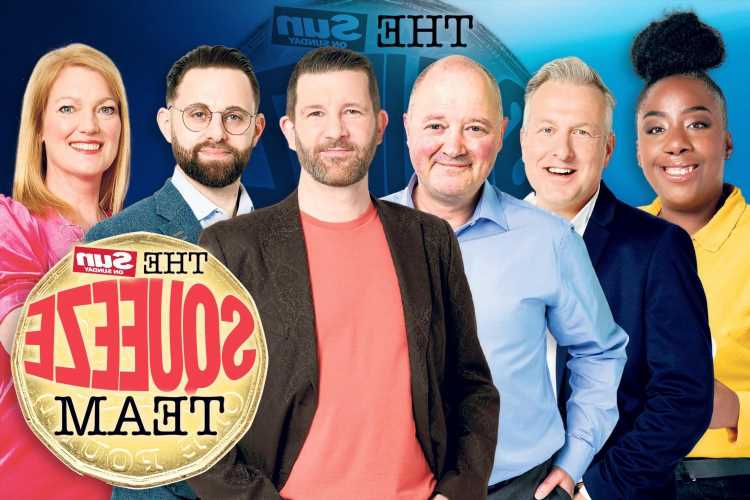 THE Sun on Sunday today unveils its Squeeze Team – Britain’s top panel of consumer experts whose advice you can’t afford to miss out on.

In the weeks ahead, our money-saving maestros will be here to provide free support to thousands of Sun on Sunday readers struggling to make ends meet in 2022. 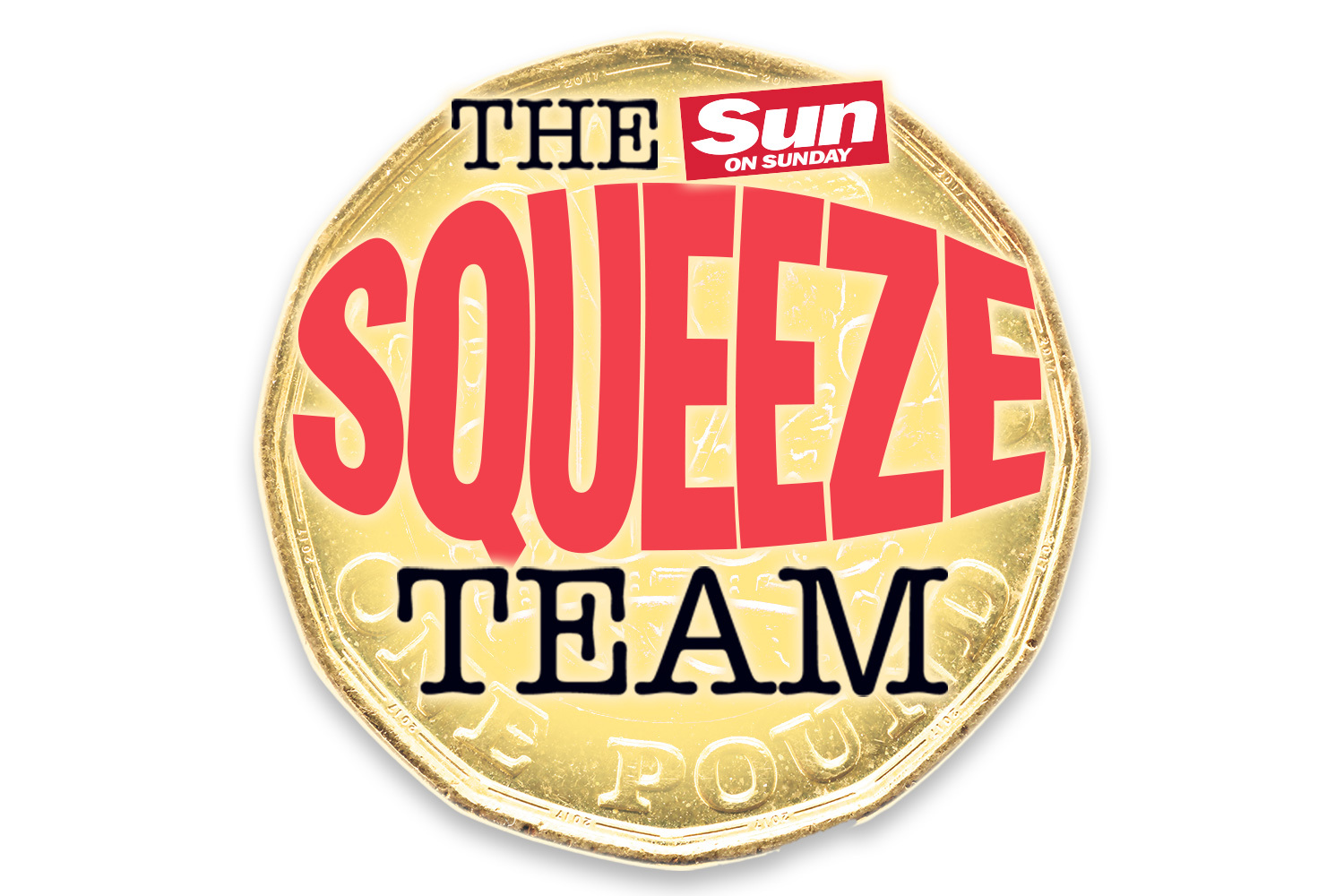 Just days ago, the Bank of England revealed that British people borrowed £1.2billion in November — up from £828million the previous month.

The alarming statistics followed hot on the heels of a report by the Resolution Foundation think tank which warned higher energy bills, stagnant wages and tax rises could leave households with a £1,200-a-year hit to their incomes.

It is little wonder, then, that 2022 is being dubbed Year Of The Squeeze.

And with millions maxed out on their credit cards following a Christmas splurge, many are already feeling the pinch.

Last week, after we published a range of cash-cutting tips, we were inundated with calls, emails and letters from desperate Sun on Sunday readers wanting more support.

Your questions included how to cut the cost of a weekly food shop, how to save money on energy and ways to clear debts built up in lockdown.

Many people said they are now tens of thousands of pounds in the red and admitted they have no idea how to get out of their debt hell.

So today The Sun on Sunday is stepping in to try to help.

From this week our Squeeze Team will be here to answer questions in a range of money-saving areas.

High on our agenda will be helping those who face choosing between heating and eating, due to the soaring costs of gas and electricity.

Experts say bills could rise by as much as 30 per cent this year and the collapse of many providers means switching to save money is now no longer an option. 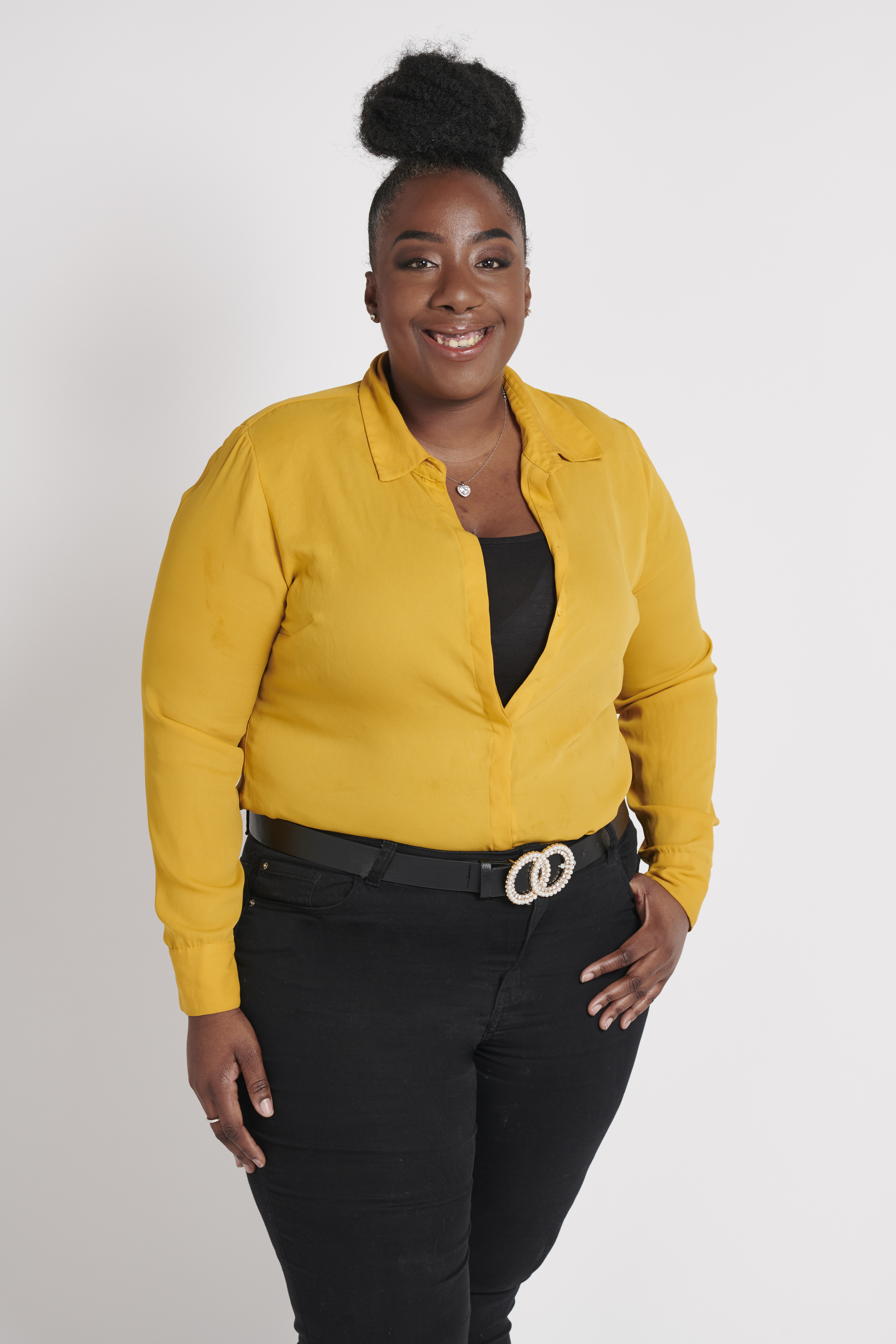 But Tashema Jackson, a consumer champion at price comparison website energyhelpline.com, is on hand to help.

She has worked at such sites for a decade and spent years honing her money-saving skills.

Tashema said: “I’ve always been one for life hacks to keep my spending down, so being given the chance to help Sun on Sunday readers bring down their energy spending at this difficult time was an opportunity I couldn’t turn down.”

It isn’t just energy bill rises which are cranking up the heat on our finances.

According to data out last week, inflation has also added £15 to the average grocery shop each week. 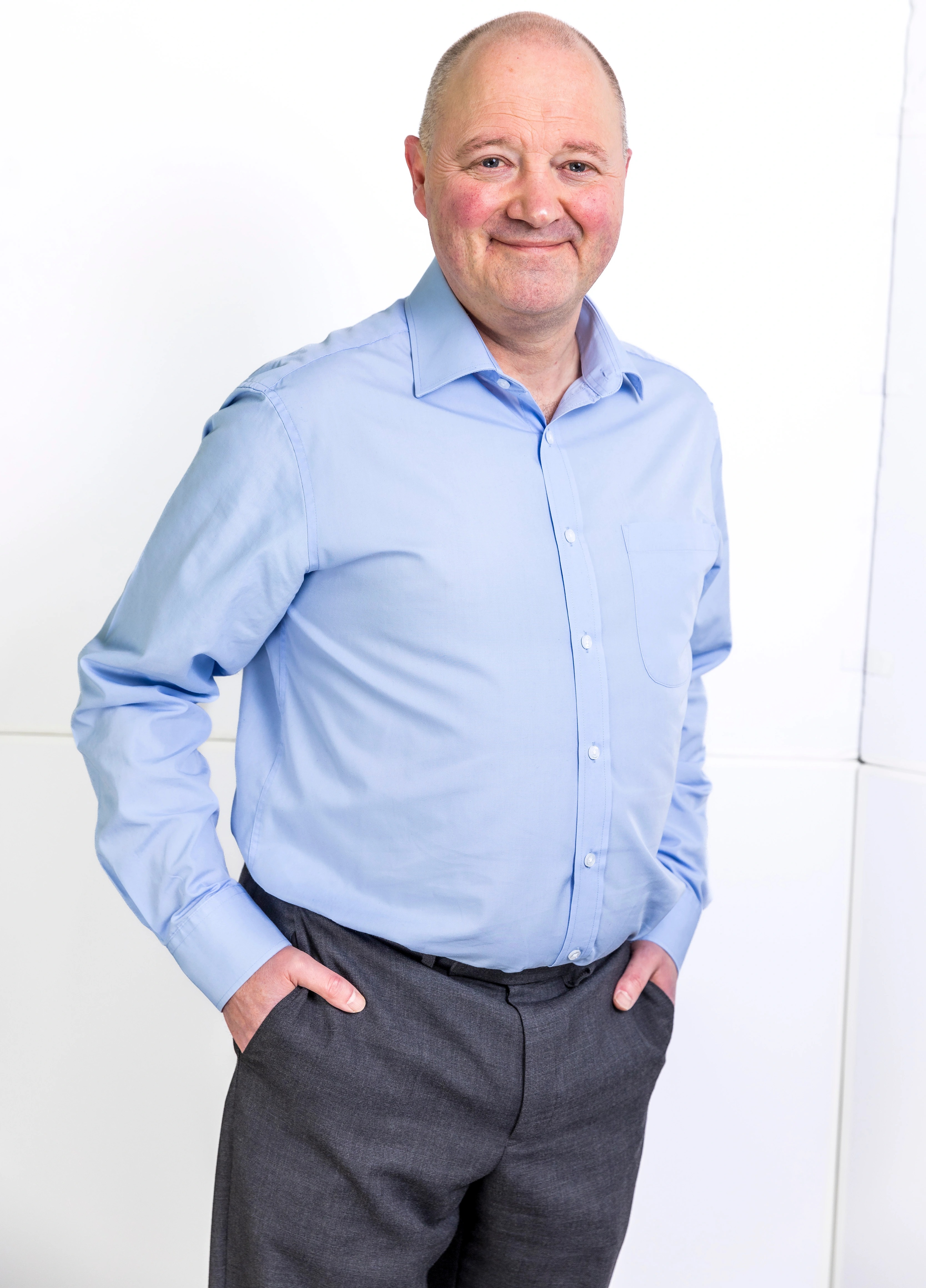 Our consumer king, author Scott Dixon, said: “I’ll aim to help you save as much as possible at the tills so you don’t need to approach a trip to the shops with a sense of dread.

“I’ll make sure you have the best advice to help find the best bargains.”

But saving at the tills is only one challenge. The Centre for Economics and Business Research says household spending will rise by at least £1,700 this year.

People will therefore be desperate to try to save on other everyday household spending.

Cutting costs on things such as internet packages, TV subscriptions and insurance policies will be a New Year resolution for many. 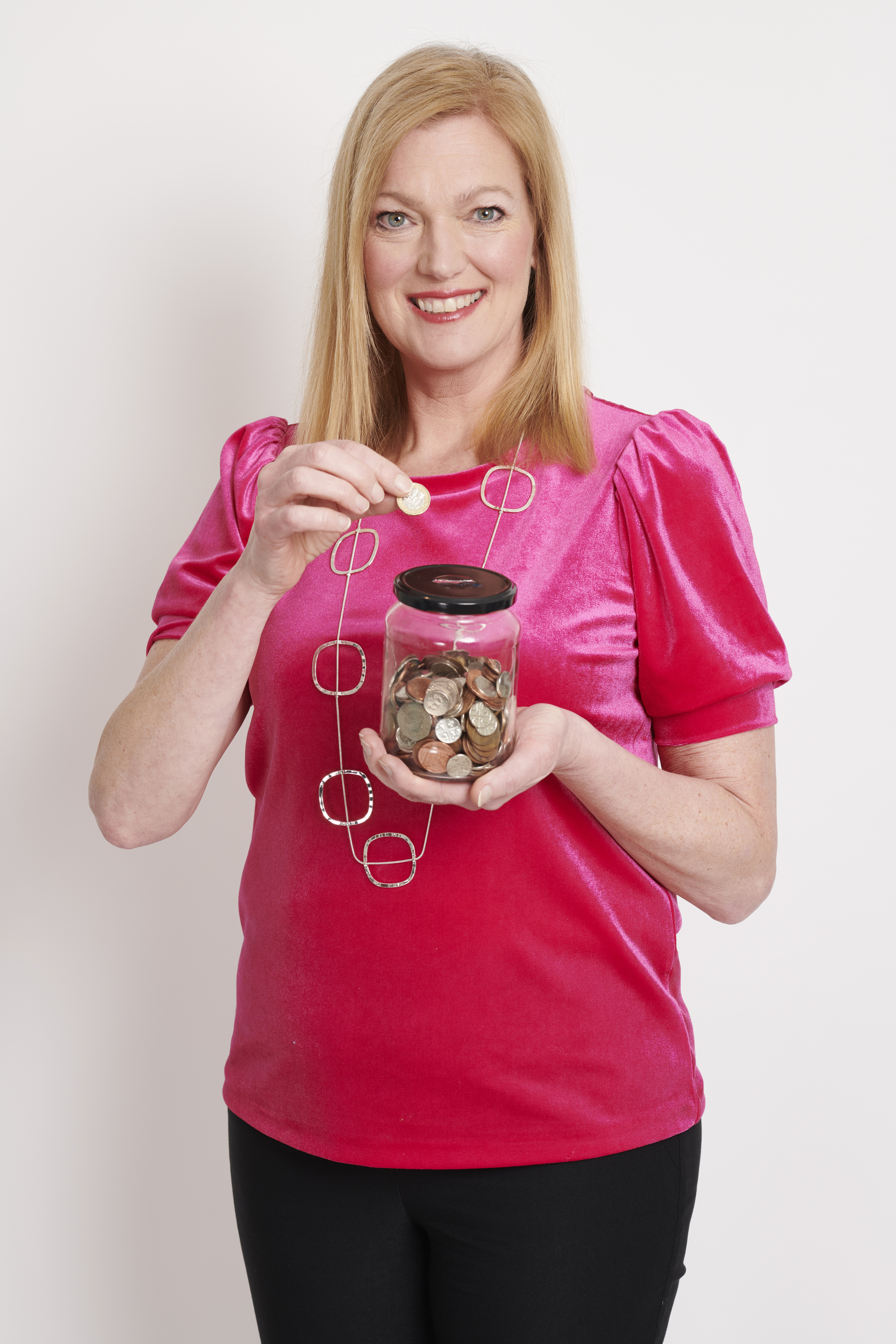 Holly Mackay, from Boring Money, a comparison website for savings and investments, is here to provide advice and tips on how to slash those bills and make a plan you can stick to.

She said: “We can’t control interest rates or gas prices but thankfully we can all save money with some smarter decisions about things like mortgages, shopping around for utilities and making any savings work a bit harder.”

One chink of light amid the gloom has been a resurgence in the housing market.

Prices were up eight per cent last year and six per cent the year before.

But many house- hunters, especially first-time buyers, fear they have little hope of getting on to the property ladder in 2022. 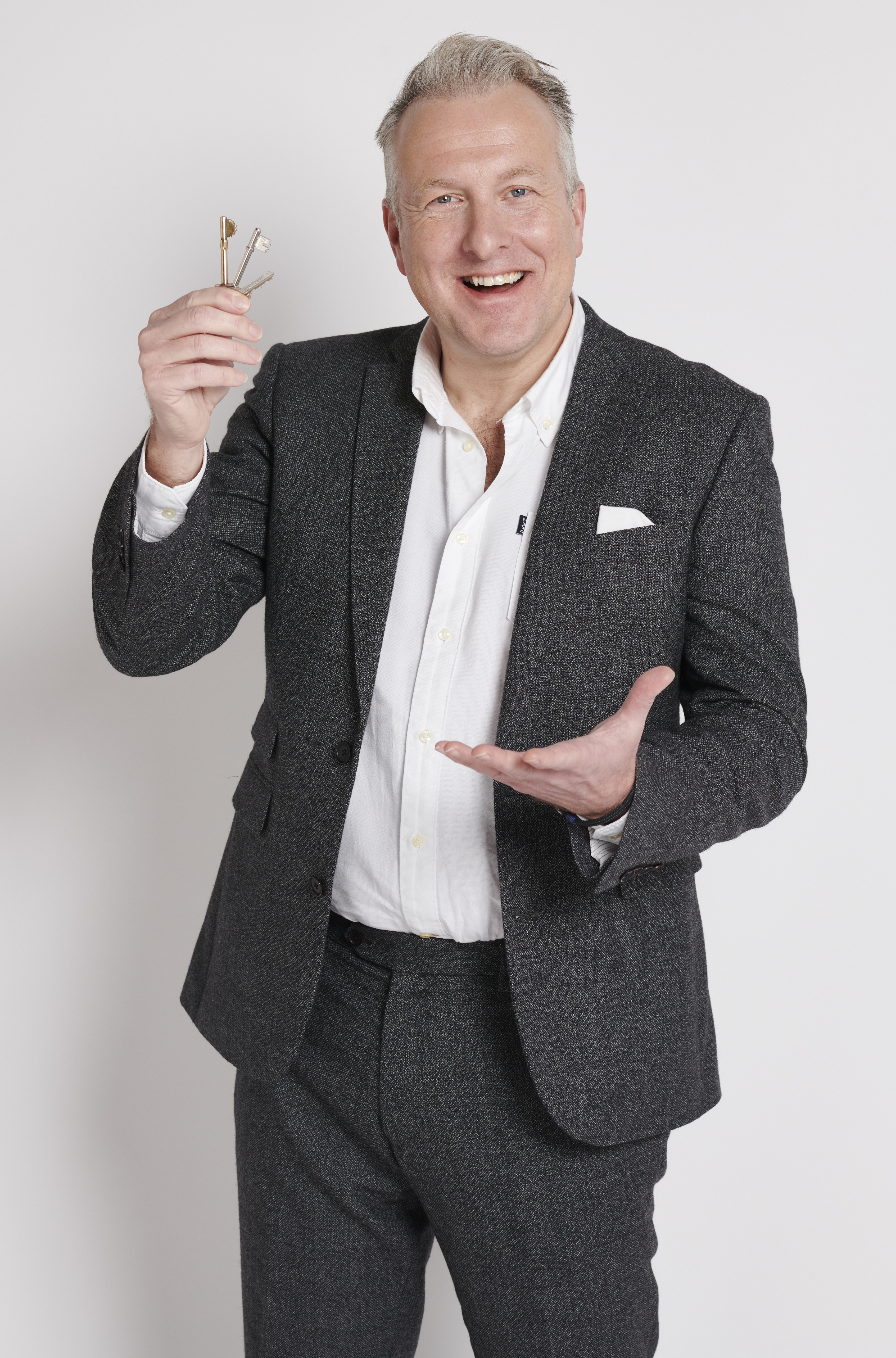 Jonathan, who has been in the property business for more than 30 years, said: “I want to help people to know their options, save money and take away some of the pressures 2022 looks set to bring.

"Most importantly, I want to help those desperate to move into their dream home in 2022 get their hands on those keys.”

Tax rises are also concerning many, as the Chancellor looks to recoup money paid out to prop up the economy during repeated lockdowns.

National Insurance is being hiked by 1.25 per cent in April, which will cost the average household £600.

And economists are warning more tax rises could be ahead before the end of the year. 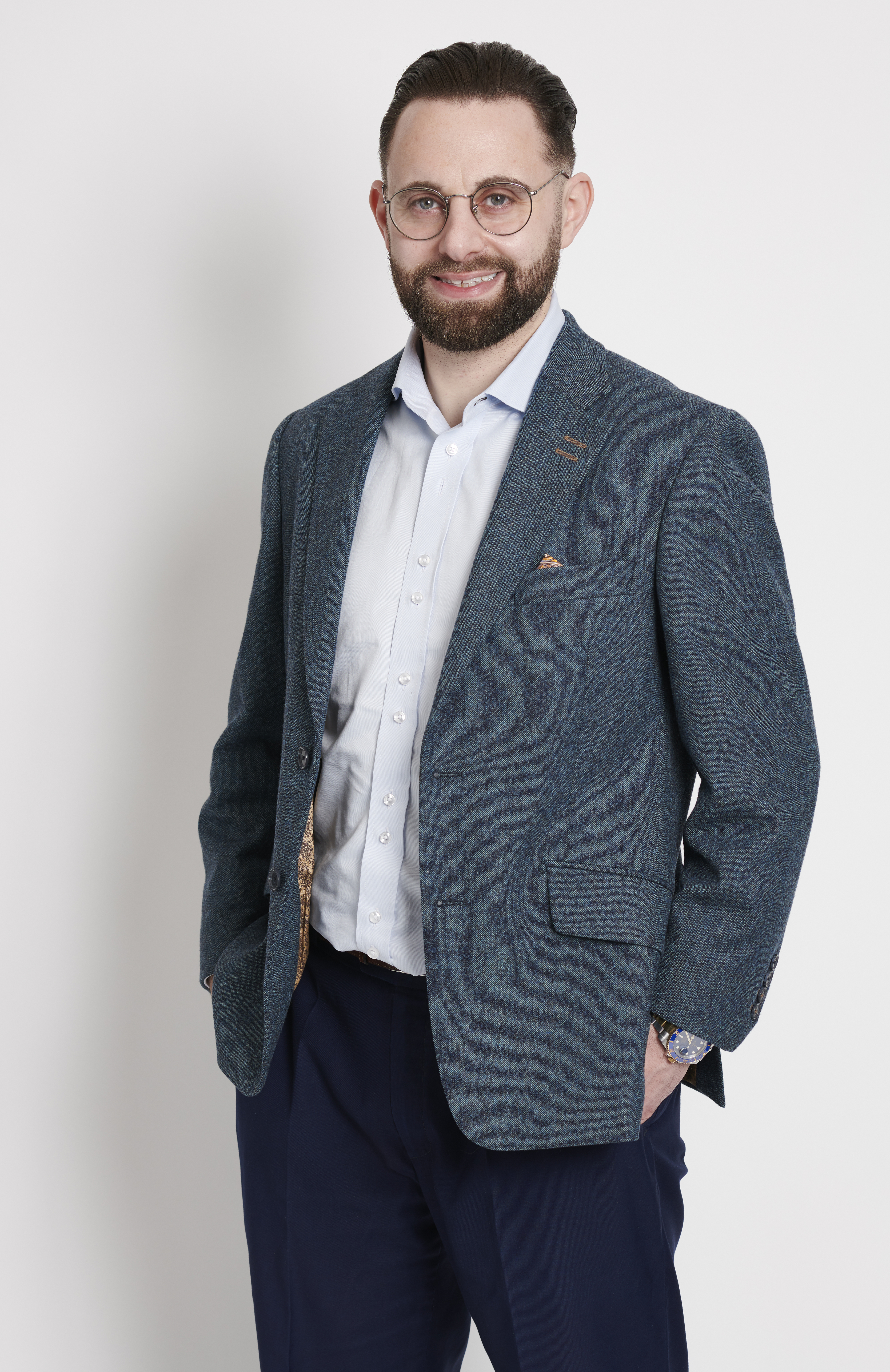 Financial whizz Mitch Young has the inside track on all things tax.

He runs his own business, Fusion Consulting Group, and has won a string of awards.

Mitch said: “I’ll be on hand to help with queries about filling in your returns, providing tips for the self-employed and pointing you towards the tax allowances and benefits you may not be aware of.”

Rail fares will rise by 3.8 per cent in March, and last year diesel hit £1.50 per litre for the first time ever.

Experts say the continued high cost of oil could see those prices climb even more this year.

For those not working from home, these extra car and commuting costs will dent any savings. 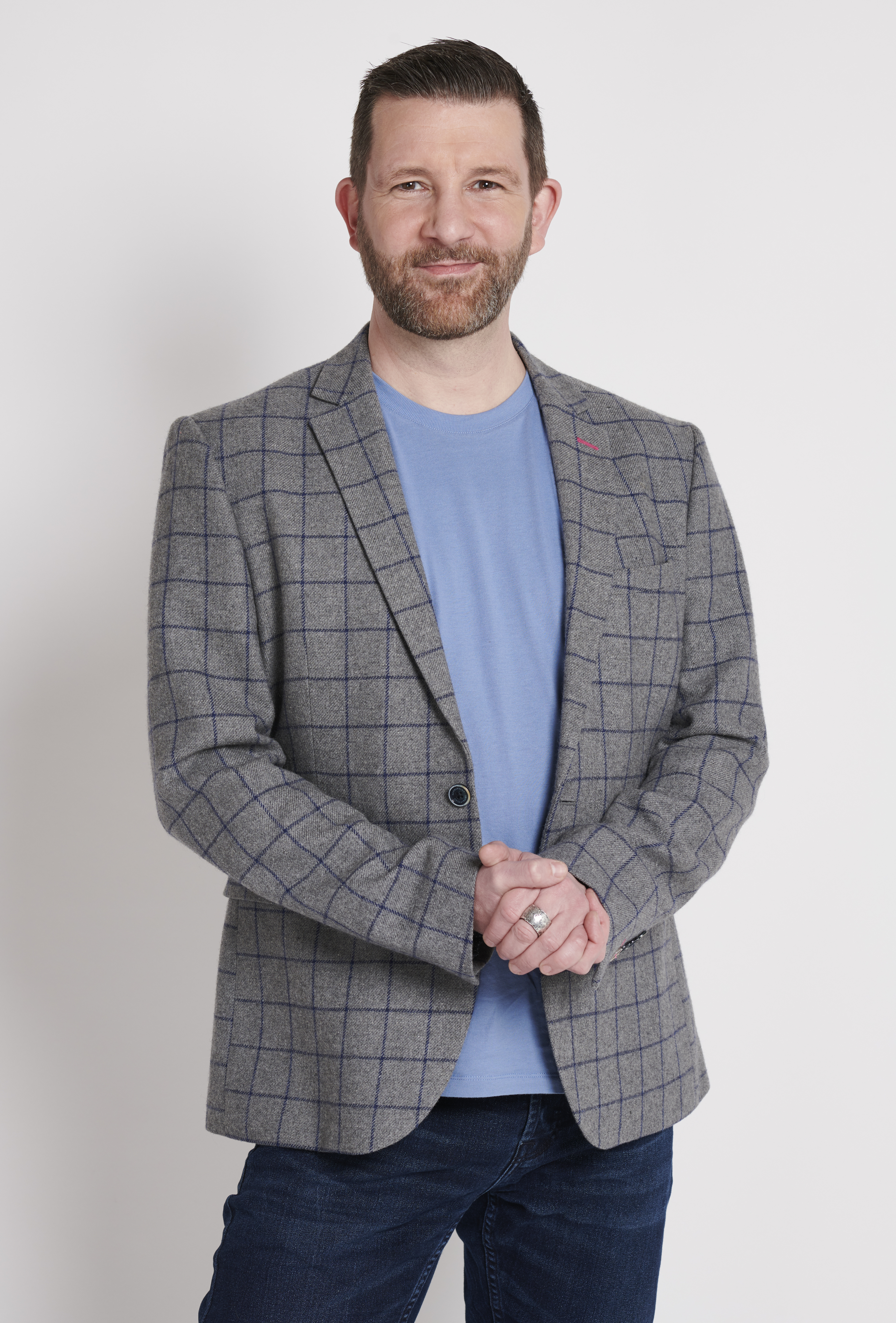 Transport and travel expert Martyn James, a consumer rights expert and campaigner, broadcaster, presenter and columnist, said: “The year ahead is going to be really challenging.

“Although wholesale petrol prices have dropped, there’s no sign of this being passed on to drivers just yet.

“I’ll provide advice on how to save money behind the wheel and on the trains, where tickets are set to rise and where it’s increasingly hard to find a bargain.”

The 32-year-old care assistant knows if a bill arrives, she and husband Mark, 41, will probably struggle to pay it. 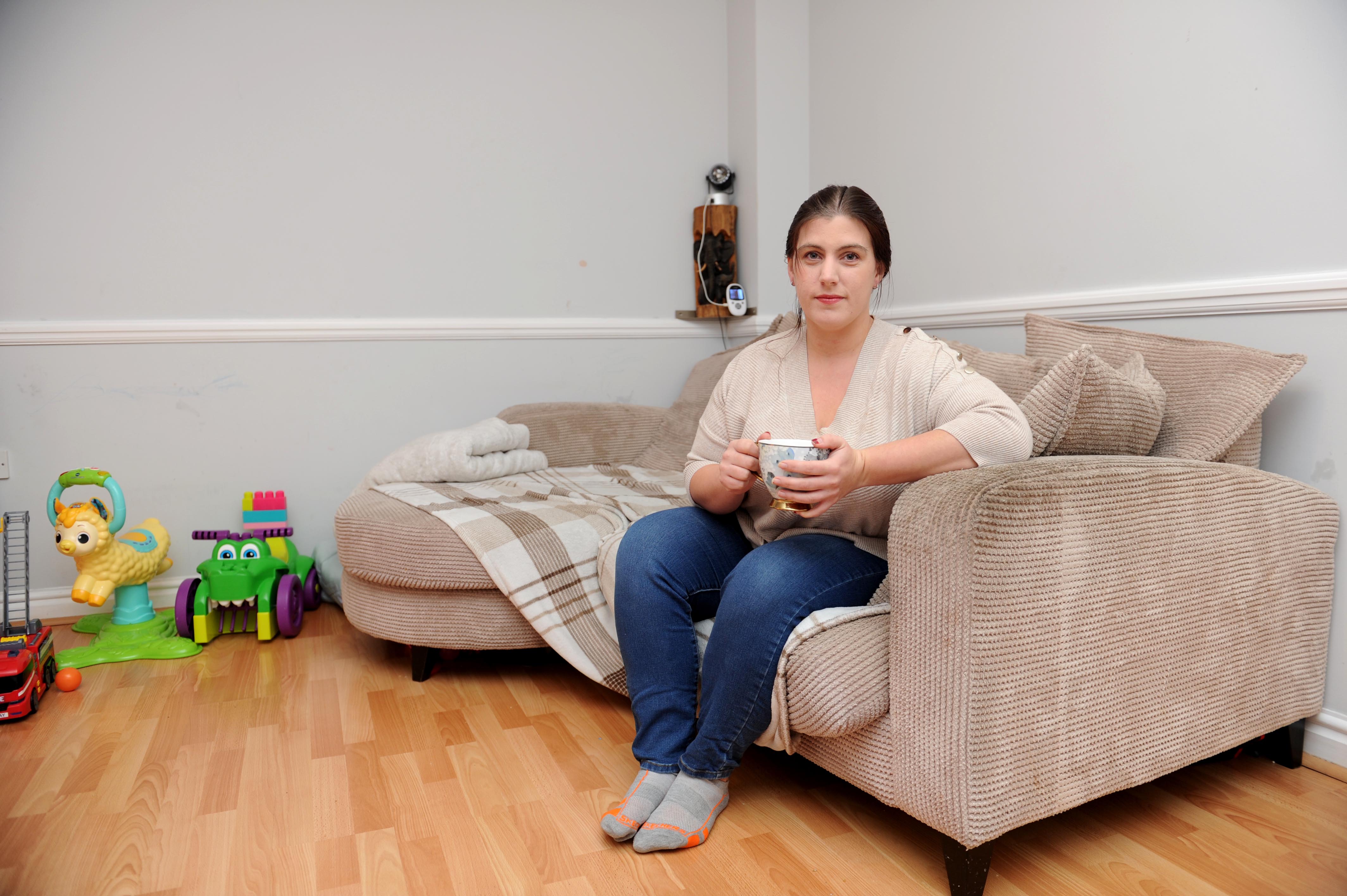 Like millions of others, the couple are saddled with thousands of pounds of debt.

Their plight was made worse last year when Mark lost his job as a factory supervisor, due to the pandemic.

Before that, he had been furloughed, which had also seen his salary reduced.

After losing his job, he went from door to door at local firms, trying to find a job.

He now works seven days a week delivering fast food. But although he is working harder and for longer hours, his income is now below what it was.

Rachael, of Great Yarmouth, Norfolk, is unable to return to work because the cost of childcare – their kids are aged two and one – is far higher than what she would earn in the care sector.

The family gets a small amount of Universal Credit but still have to choose which bill not to pay each month.

The monthly rent for their two-bed home is also a huge burden on their finances.

Rachael said: “It’s awful. You don’t sleep. I worry about how we are going to make ends meet.

"We even considered not telling our children about Father Christmas because we were worried about money for presents. Thankfully, we have an amazing family and friends.

“Some nights I can feed us all for £1. We live off yellow-sticker food, we have stopped our internet packages and I keep the heating off as much as I can.

"I don’t want to have to make these decisions but there’s no option. Every month is like a coin toss as we decide which bill to pay.

“I dread the postman and the doorbell. My husband works as many hours as possible but it’s still not enough.”

Q) MY energy bills are going up and up and I rarely have the heating on. I am on Universal Credit. Can I still switch?

Tashema says: At times like this, it can feel like there is no help out there at all.

But there are things you can do. It’s true right now that switching providers is of little use. But I would advise you to check comparison websites each week for when deals become available.

Offers will eventually come up. There are also grants you could try to apply for.

The Government offers Cold Weather Payments, which many people often think are the same as Winter Fuel Payments.

They’re not. And because you receive Universal Credit, you could receive £25 for each seven-day period of very cold weather between November 1 and March 31.

Check if you are eligible by visiting gov.uk/cold-weather-payment.

If you’re in debt to your energy supplier, you might be able to get a grant to help pay it off.

Your provider will have details on its website of how to apply.

Local energy grants could help too. You can check if you are eligible by looking on the Simple Energy Advice website.

Also, don’t be afraid to ring your supplier and talk to them. You could get extra help by signing up to their Priority Services Register.

If you do have some spare cash, consider using it for heating hacks.

Self-adhesive seals to block out draughts cost from just £2.89.

Screwfix has metre-long brushed strips for less than £2 you can use as a draught excluder for doors.

It’s a good idea to keep the area around radiators clear of any large furniture such as sofas.

Moving a sofa, bed or other bulky item away from the radiator by a few inches can make all the difference and help keep the room, and you, warm.

Q) I’M on Universal Credit and have a child under five.

I’ve stopped my internet packages and cut back as much as I can on household spending. Are there other areas I could save money?

Holly says: As you are on Universal Credit and have a child under the age of five, you might be eligible for the Warm Home Discount from certain suppliers – worth £140 as a rebate on bills between October and March.

But some suppliers are closing the schemes for this winter – so get on with it.

You have already stopped your internet but have you thought about mobile phone costs?

If you’re out of contract on a mobile phone, look to see if there are any cheaper deals. Many people forget to do that.