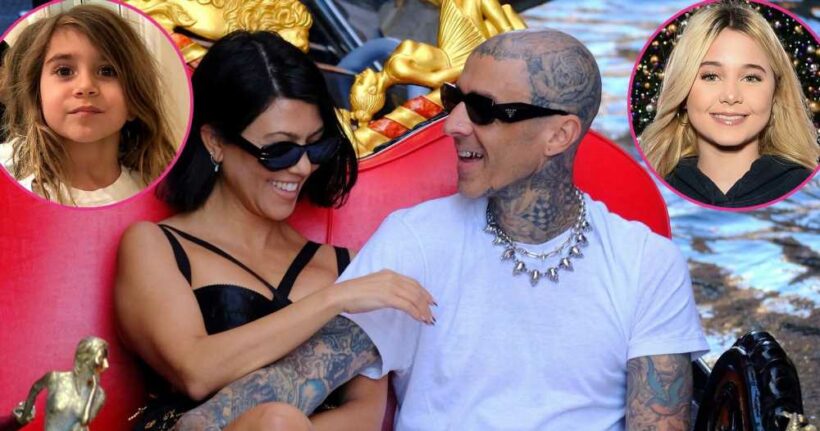 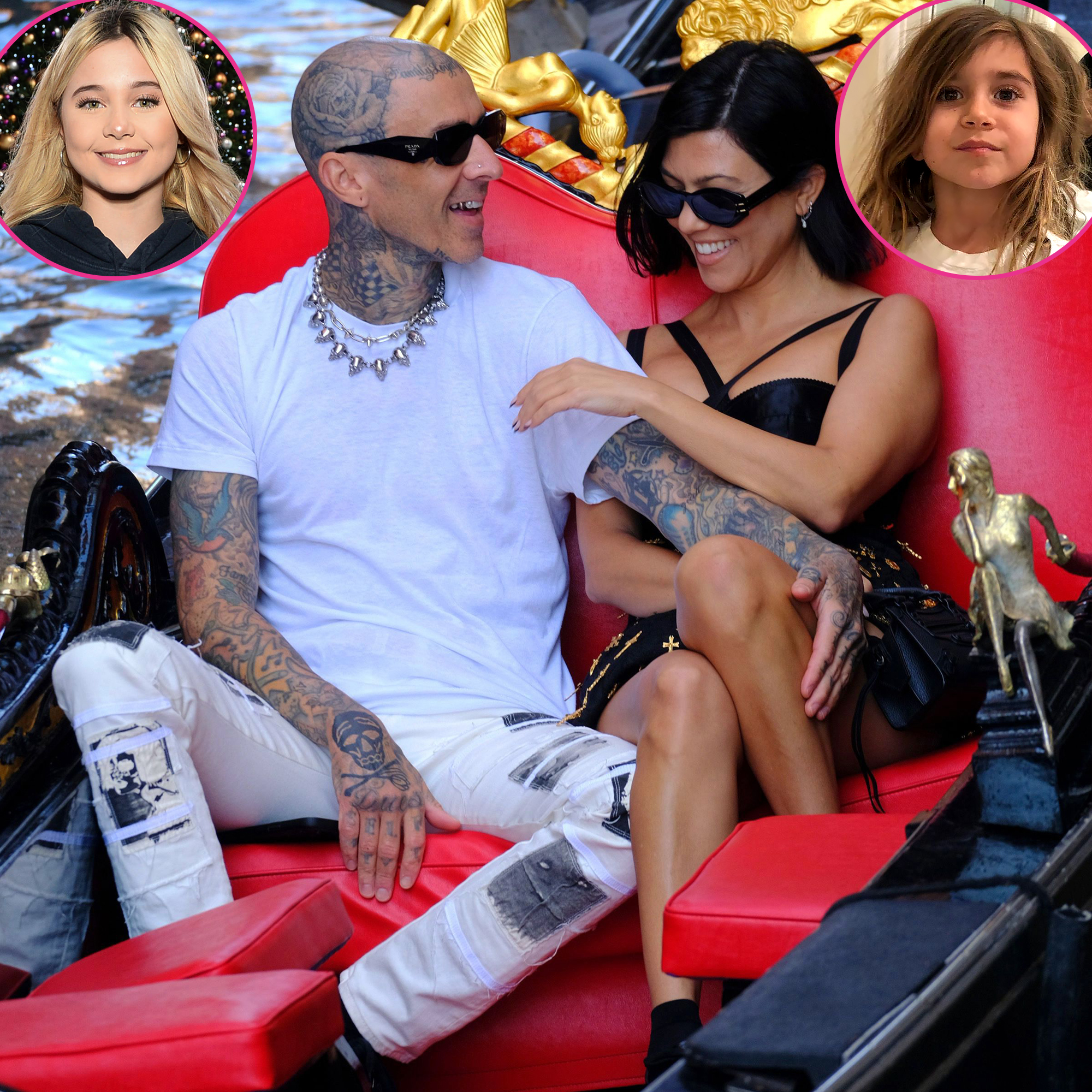 Family ties. Travis Barker and Kourtney Kardashian‘s daughters seem to be bonding as their relationship continues.

Kourtney Kardashian and Travis Barker Bond With Each Other’s Kids

The 45-year-old rocker’s daughter, Alabama Barker, 15, shared a TikTok video on Friday, September 10, that showed Penelope Disick, 9, smiling as she bopped around, dancing to the PinkPantheress song “Pain.”

Alabama has shown her support for Travis’ relationship with the reality star, 42. When asked about meeting any Keeping Up With the Kardashians stars in a July Instagram Live, the teen influencer sweetly said, “That’s my stepmom.”

Landon Barker, 17, has also publicly supported his dad’s love life, calling Travis and his girlfriend an example of “true love” in an April Instagram post.

Kardashian shares Penelope as well as sons Mason, 11, and Reign, 6, with ex Scott Disick, and Travis shares Alabama and Landon with ex-wife Shanna Moakler. Despite their age gaps, the children started building friendships before their parents started dating in late 2020.

“Travis and Kourtney’s kids are very close,” a source exclusively told Us Weekly in January. “They became friends living in the same neighborhood and hang out a lot. Their kids’ friendship had Kourtney and Travis spending a lot of time together.”

Moakler, 46, told Us in February that she supports their romance under the sole condition that Kardashian treats Alabama and Landon well.

“As long as she’s great to my kids and they’re both happy, I’m happy for them,” the model said at the time. “I absolutely am super happy for them. I have no ill will toward anybody.”

In May, however, the pageant queen said she wasn’t thrilled about the Poosh founder spoiling her kids.

“The Kardashians are buying my kids Prada every other day,” the former Miss USA told Us, noting a “severe distancing” between her and the children. “They’re going on lavish trips. They’re doing all these things, which is fine. I think it’s nice that they’re being kind to my kids. I want that for my children.”

She continued, “I don’t think it’s great when they put a wedge in between their biological mother.”

Kourtney Kardashian and Travis Barker’s Sweetest Quotes About Each Other

The Kravis spark is still burning hot, though. The lovebirds have become frequent fliers since Kardashian helped the “All the Small Things” performer get back on an airplane for the first time since his 2008 crash. They were spotted in Italy packing on the PDA in late August, and they arrived in New York City for Fashion Week together in September.

“They’re very much in love and are deeply connected as a couple,” another insider told Us exclusively in July. “Their bond is unbreakable at this point.”