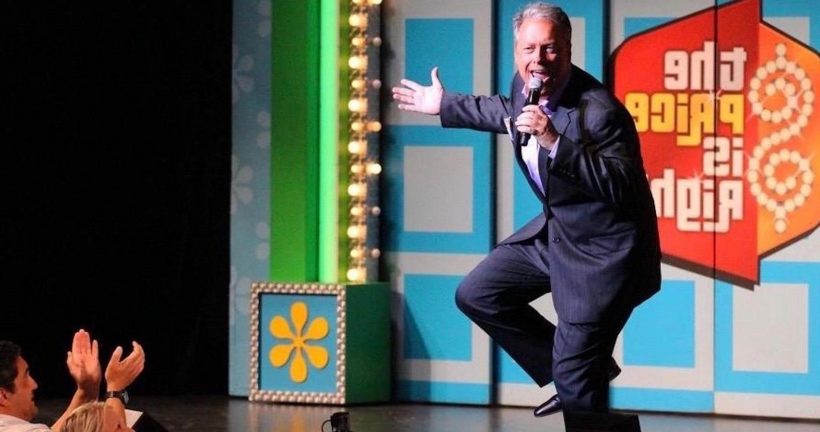 If you’re not a fan or regular watcher of The Price Is Right, here’s the scoop: a spin that lands on the $1 spot is very rare. While it might not seem like much, most of the other spots on the wheel are mere cents. The $1 spot actually earns a contestant lucky enough to land on it $1,000 which is a nice little win but if the same contestant happens to land on it again during a second spin, the contestant wins an additional $25,000.

And on Wednesday, that’s exactly what happened. Twice. Two different people who were chosen from the audience as the show’s contestants for the day happened to land on the $1 spot twice, netting $26,000 each. The fact that this happened twice to two separate contestants set the Twitterverse ablaze with chatter.

Other fans of the show on Twitter talked about how no one could recall this ever happening before on the any of the nearly 70-year-old’s show’s history. Some fans mentioned that the chances of the double lucky $1 spin times two happening might have been helped because the show aired a The Price Is Right at Night special episode later the same day in addition to the regular episode. A contestant named Kiara Thomas won the double lucky spin during the regular show and contestant Jack Zager won the same spin sequence during the evening’s special episode.

Zager’s first spin actually resulted in 40 cents, then 60 cents on the big wheel before he hit the $1 spot – then managed to do it again. During Thomas’ first “toss up prize”, she successfully bid the correct price on the item which earned her $500. When she got to the wheel, she spun 20 cents, then 80 cents, then $1 plus an invite to the Showcase Showdown. On her bonus spin, she landed the special $1 spot once more.

While they weren’t on the same episode together, the fact that they each won the incredible spin sequence during the same day amazed fans.

Both Thomas and Zager made it to the Showcase Showdown segment of the show which is impressive. But Zager’s time ended there when he overbid (by $32). Thomas fared better and walked away with a total of $54,549 in prizes which included a Miami vacation plus a new car.

If you’re feeling lucky vibes after reading this, don an attention-grabbing T-shirt, try your luck and come on down!

READ NEXT: 8 Biggest Pay-Per Views Of All Time